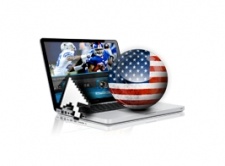 The popularity of Esports cannot be underestimated. It may seem new to you, but to those on the inside of the industry, it has exploded in popularity. The top rated Esports tournaments in the world are often witnessed by up to 100 million viewers. These competitions are organized video game playing tournaments, held in both the sports on non-sports genres. These events include both individual and team competitions, and are frequently televised.

Why bet on esports?

Where to bet on esports?

With so much rapidly-increasing interest, it was only logical that the top online sportsbooks would latch on to Esports competition and begin offering wagering opportunities on these major events. You won't find a prominent sportsbook anywhere on the planet that doesn't offer some form of wagering on Esports.

Two of the more prominent sportsbooks offering Esports wagering to U.S. bettors are Bovada and BetOnline. Bovada offers wagering on several Esports, including League Of Legends, Counter-Strike, Dota 2 and Starcraft. BetOnline offers plenty of Esports wagering, with a dedicated section for Esports in its sportsbooks where you can bet on tournaments featuring Call of Duty, Dota 2, League of Legends, Overwatch, and Rocket League.

What are the best esports betting odds?

BetOnline is a great sportsbook option for American bettors looking to place wagers on Esports, because they accept wagers in U.S. currency and offer wagering to all 50 U.S. states. BetOnline is among the fastest online sportsbooks when it comes to posting their odds on upcoming events, so you never have to wait to get in on the action. And you will find that the odds they are offering are quite competitive with the majority of sportsbooks, and generally with a low mark-up rate.

Bovada is one of the most trusted sportsbooks on the planet and is a U.S.-friendly entity. You can trust your money with Bovada and count on your winnings be paid out in a reliable and timely fashion. Bovada offers Esports wagering on all of the major Esports competitions, including Counter-Stike, Overwatch and Dota 2, among many other options. They aren't the fastest sportsbook to post odds, but you'll never regret placing a wager with Bovada.

SportsBetting is another solid option that accepts wagering from all 50 states. If it's a prominent Esports competition such as League of Legends, Overwatch, Starcraft, Dota 2 or Counter-Strike, you can wager on them at SportsBetting, and like their sister site BetOnline, they are fast to post their odds.

How to make better esports bets?

When it comes to wagering on Esports, your approach to placing a bet should be no different than if you were about to put money down on an NFL game or an English Premiership match. These games may be played on a computer by unseen competitors, but they are still playing for keeps. It's winner take all, and often, these Esports competitions offer thousands to millions of dollars in prizes, and if you don't think someone is taking a chance to be an instant millionaire seriously, well, you'd better think again.

The oddsmakers approach these sorts of events with the same diligence and tenacity as they would when establishing lines on major sporting events like the World Series or the Masters, and your gameplan when wagering on Esports should be equally seriously considered. A lost bet is a lost bet, whether it's on a Sunday NFL game or a Tuesday morning Esports tournament match.

You'll want to do your homework before placing any wagers on an Esport competition. There are plenty of websites devoted to these events, so research who the top competitors are and watch for mismatches, just as you would with any bet you'd make.

It's also advisable to bet what you know. You wouldn't place a wager on table tennis or cricket if you didn't know those sports, so you should be just as studious when it comes to Esports. If you are a tried and true gamer who knows the ins and outs of Call of Duty or League of Legends, then feel free to put some wagers down on competitions in these genres. But if your expertise is sports, then you would be best advised to place your bets on the numerous Esports sporting competitions.

From FIFA to auto racing, you will find just as many wagering opportunities available as you would in the real sports. And when computer-generated Lionel Messi scores a brace of goals for the team you've bet on, it will count just as much as when the actually Lionel Messi does it for you in a real match featuring Barcelona or Argentina.