Who Will Win NBA Championship 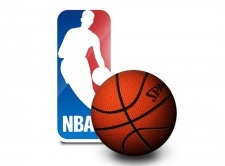 Betting on NBA futures can go a long way. Since you're placing a wager on an outcome that's typically well off in the distance, the returns are higher. You're less likely to hit on your bet for that reason, but there's value in knowing your wager is a long shot; it allows you to experiment and take chances you otherwise wouldn't, which can in turn make this an even more lucrative venture.

The key to betting NBA futures is remaining up to date with all the odds. They are fluid, fluctuating throughout the season, oftentimes daily.

Potential returns will be at their highest for most teams before the season starts. That's when you're taking the biggest risk, because, technically, you don't know what a team is or how well it will play. Once sportsbooks have had time to adjust, the odds of the best possible options will worsen, because they're more established.

There are a few exceptions, though. Let's start with the reigning NBA champion, which is the Golden State Warriors following the 2016-17 campaign.

Their odds will always be less than flattering ahead of the season. That's what happens for current title-toters, unless they totally blow up their roster. They are the most recent standard for excellence and, more often than not, will be listed as one of the two favorites entering the next year. Ditto for the other NBA Finals participant—or, in this case, the Cleveland Cavaliers.

The other thing you can try doing is capitalizing on teams who fall down in a playoff series.

For example, if the San Antonio Spurs fall into a 1-0, 2-0 or 2-1 series hole against the Warriors in the Western Conference Finals, their odds for that best-of-seven set will be tilted toward larger returns. This, quite obviously, will be because they are far less likely to win the series in question.

Still: If you believe the Spurs are going to turn it around and advance, that's when you strike during the middle of the postseason. Just make sure you're absolutely certain in their ability to come back. You don't want to be investing in a team only to find out they have a key injury to Kawhi Leonard or something. (Which, incidentally, is the case in these Western Conference Finals. He injured his left ankle in Game 1, and no one is sure when he'll return. It's important to factor this into your betting strategy.)

Also consider wagering a manageable amount. You don't want to use a mid-series underdog play to recoup losses on other bets you might have whiffed. Gamble money you expect to lose, so that it's like found cash if you win!

If it's not broke, don't pick against it. And the reigning-champion Warriors are anything but broke. In fact, on the heels of their five-game romping of the Cavaliers in the NBA Finals, there's a chance they only get better.

Remember, Kevin Durant, Stephen Curry, Draymond Green and Klay Thompson are all in the thick of their primes, and they've only had one season to mesh all their talents together. Give them another training camp alongside one another, and the possibility exists that these Warriors sleepwalk their way to 70 wins in the 2017-18 season.

The only way you can reasonably pick against them is if you're searching for longer than long shots. Rolling with the Spurs (+1,200) or Houston Rockets (+2,500) is fine. But you have to realize how much further ahead the Warriors are than everyone else. Those wouldn't be your typical dark-horse plays. You would be laying money on teams that need everything to break right for them and everything to break right for the Warriors.

Speaking of which, there is a scenario in which the Warriors are at a slight disadvantage next year. So much of their supporting cast is getting set for free agency. They're going to lose guys. In most instances, it won't matter. But if they lose one or both of Andre Iguodala and Shaun Livingston to bigger offers, they could be in trouble.

And make no mistake, this is a legitimate possibility. Durant is expected to accept a pay cut in his new contract to allow for the Warriors to pay whatever it takes to re-sign Iggy and Livingston, but the NBA is a business. Golden State will have a price point for its two most important reserves that it refuses to usurp. If a team hits it, Iggy and/or Livingston could walk.

Even then, though, the Warriors remain the overwhelming favorite. They have enough star power to overcome depth issues, and they'll have the added benefit of getting to replace the departed talent with a new crop of quality ring-chasers.

There is no room for variety here. The Warriors and Cavaliers have faced off in three straight NBA Finals matchups, and there's nothing and no one currently standing in the way of Round 4.

That being said, the Cavaliers aren't your typical juggernaut at the sportsbooks. They are susceptible to falling off—mainly because the Celtics (+1,500) exist.

If the Celtics parlay their cap space and assets into two more stars, sportsbooks may consider them low-key favorites to emerge from the Western Conference. But they have to land two of Jimmy Butler, Paul George and Gordon Hayward first. If they only get one or whiff on all three, the Eastern Conference will remain Cleveland's own personal playground—mostly because they still have LeBron james.

The Warriors absolutely owned the Cavaliers in the NBA Finals, and with the entire band expected back for another go-round in 2017-18, we have no reason to predict anything else. They are the overwhelming favorites for a reason. That reason: They deserve it.

Granted, there are some things the Cavaliers can do to close the gap. If they are able to strike a trade for Jimmy Butler and/or Paul George, they'll instantly be better equipped to contend with the Warriors' versatility. But we can't even begin to think about picking them as title favorites until one or both of those additions are made. And, frankly, there's a better than good chance both of them fall through.

That's why it's best to brush up on your Warriors betting.

To make money off of them at this juncture is tough. They are so clearly favored, you have to bet $250 just to win $100. That's not a good tradeoff.

The key is waiting for a rough patch in the season. When the Warriors look to be at their worst, sportsbooks will account for the possibility that they aren't as good as advertised. And that's when you strike. Because you know better.

The Warriors are absolutely as good as advertised. No one in the NBA looks capable of stopping them at the moment. Not the Cavaliers, not the Celtics, not the Spurs. No one. A rough stretch in the middle of a long regular season doesn't do anything to affect real-life title chances.

Until that changes, or unless you're content to dabble in long-shot odds for teams that don't have a viable shot at winning the title, Golden State has to be the pick.

The majority of the athletic world may be on enforced hiatus due to the outbreak of the coronavirus but that doesn’t mean there are sports available for wagering purposes.

The late spring is usually the time of year that network television series go into rerun season, and when you think about it, the NBA Finals aren't all that different. The past four league championship series have pitted the Western Conference reprsentatives the Golden State Warriors against the Eastern Conference champion Cleveland Cavaliers. Golden State has won three of the four meetings, Cleveland's only victory coming in the 2016 Finals.
Read this article
Betting Picks - 21/12/18
NBA Christmas Games 2018: Matchup Previews And Predictions

The NBA is once against hand-delivering us an exciting slate of Christmas Day games to close out the 2018 calendar. Pretty much all of the biggest stars will get run on national television, from LeBron James and Stephen Curry, to James Harden and Russell Westbrook, to Kyrie Irving and Joel Embiid. Before all betting lines are released, we have a complete primer so you can eventually head over to the sportsbooks with confidence.
Read this article
Betting Picks - 13/12/18
Updated NBA Championship Future Picks For The 2018/19 Season

Can you believe we're already one-third of the way into the NBA regular season? Now is a great time to check up on NBA title futures and adjust your preseason wagers accordingly (or make them for the first time). By now, there's enough of a sample size on teams to predict whether they'll be playing come June or not.
Read this article
Betting Picks - 10/10/18
What is Handicap Betting in The NBA?

Betting on NBA games is fast becoming one of the most popular methods of sports gambling. For those who are new to the fold, though, the lingo can get confusing. When you see things like the "spread" or "handicap betting," you might be lost for their meaning. That's where we come in. We're here to prepare you for successful NBA wagers by explaining the ins and outs—heck, even diagonals—of handicap betting.
Read this article