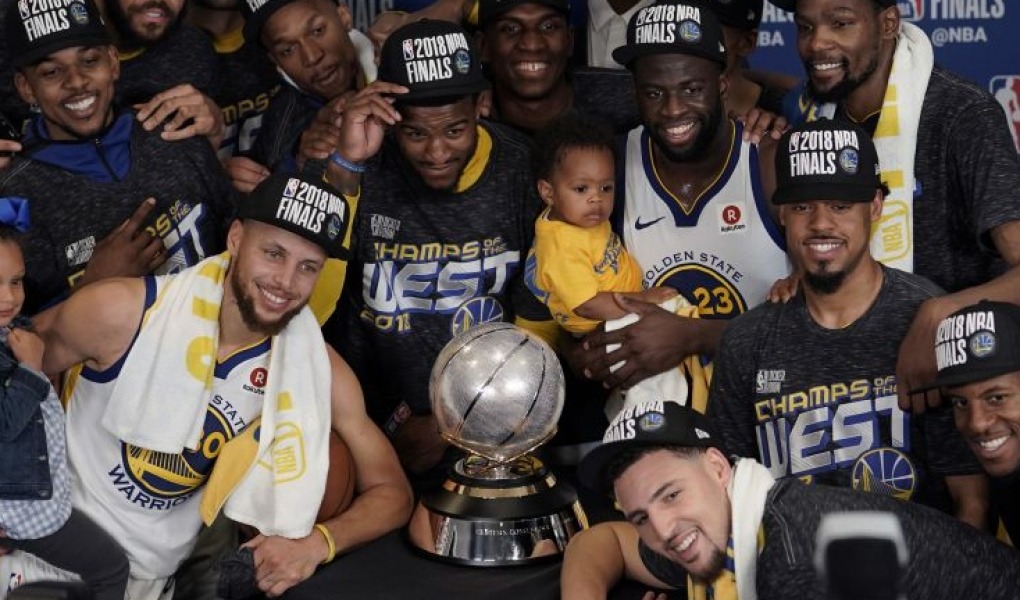 One or two things you should know if you're thinking about wagering on the NBA playoffs. And it's that very seldom will a team beyond the one or two seeds finish up on top when the postseason concludes. Last season's champions, the Golden State Warriors, were the second-seeded team in the Western Conference and got to the Finals by knocking off the top-seeded Houston Rockets in the Western Conference Final.

Golden State's 20117-18 triumph ended a five-year run of NBA championships won by top-seeded teams. You have to go all the way back to the 2011-12, when the No. 2-seeded Miami Heat emerged as Eastern Conference champions and defeated the Oklahama City Thunder in the Finals to find a title that wasn't won by a one seed prior to last season.

Eight of the last 11 NBA Finals have featured at least one of the two No. 1-seeded teams. You have to go back to the 2010-11 third-seeded Dallas Mavericks to find a team winning the title that wasn't a one or two seed. And if you're looking for a true upset, then you're looking at the 1994-95 Houston Rockets, who won the title as a No. 6 seed in the West.

Keep those figures in mind when you are considering your picks in the NBA Futures Betting at a leading sportsbook such as Bovada.

How Many Teams make the NBA Playoffs?

At the start of postseason play in the middle of April, 16 teams will be left standing in the hunt for an NBA Championship as the NBA Playoffs get underway. As we've already noted, the odds that a lower seed with go far is slim to none. Last season, when the Cleveland Cavaliers represented the Eastern Conference in the NBA Finals as a four seed, it was the lowest seed to win the East since the 2009-10 Boston Celtics, also a No. 4-seeded team.

Both the Celtics and Cavaliers lost in the NBA Finals, and that's generally the fate awaiting a surprise team that does make a rare NBA Playoff run. Teams seeded fourth in the playoffs re 1-4 in the NBA Finals. The 1968-69 Celtics posted the lone victory by a No. 4 seed.

No fifth-seeded team has ever reached the NBA Finals and sixth-seeded teams are 1-1. Curiously, both No. 6 seeds to make the finals were the Rockets. Houston beat the Orlando Magic in the 1994-95 NBA Finals and lost to the Celtics in the 1980-81 Finals. Seven seeds have also been shutout when ht comes to trips to the Finals and one No. 8 seed did shock the basketball world.

The 1998-99 New York Knicks won the Eastern Conference as an eight seed but ran out of miracles in the NBA Finals. The San Antonio Spurs, top seeds in the West, dumped the Knicks 4-1 in the finals.

The two-time defending champion Warriors are runaway -225 favorites at Bovada to win a third straight NBA Championship and a fourth title in five years. Already suiting up two past NBA MVPs in guard Stephen Curry and forward Kevin Durant, and with a strong supporting cast of NBA All-Stars like forwards Klay Thompson and Draymond Green, the Warriors got even deeper in the offseason when they picked up power forward DeMarcus (Boogie) Cousins, formerly of the New Orleans Pelicans.

The Rockets, led by reigning MVP James Harden, were expected to be the heir apparents to the Warriors but have clearly regressed this season and Bovada has Houston at +1000 to win it all. It's difficult to make a case for any other team in the West. The Denver Nuggets (+2500) are new to this and the Oklahoma City Thunder (+250) have a history of coming up short.

The move of LeBron James from Cleveland to the Los Angeles Lakers (+15000) was expected to create a heated rivalry with the Warriors, and someday may still. But it's not there yet. The Lakers are a team in transition and won't be in the playoffs this spring.

The move of James to the Western Conference caused a paradigm shift in the East, where for the first time since 2010, the Eastern Conference rep in the NBA Finals won't be suiting up LeBron. But even with the game's best player in tow, the Cavaliers could ony go 1-3 in the Finals against Golden State.

The East is clearly up for grabs this spring, and several teams can make a case that they'll be the ones left standing and headed to the Finals. Both the Milwaukee Bucks (Giannis Antetokounmpo) and Toronto Raptors (Kawhi Leonard) have an elite superstar surrounded with a strong supporting cast. Bovada lists them as co-favorites in the East at +900.

A notch below them, the Philadelphia 76ers (+1500) loaded up this season, adding Jimmy Butler and Tobias Harris to Ben Simmons and Joel Embiid, but can they locate chemistry on the floor in time for the big dance?

Like the Rockets in the West, the Celtics (+1600) seem to have taken backward steps after being on the cusp of getting to the Finals last spring. The Indiana Pacers (+8000) have an All-Star in guard Victor Oladipo, but you can't really make a case for them as finalists.

The East figures to be a tong war. And whichever team survives, it's doubtful they'll have much left in the tank to tackle the Warriors and prevent Golden State from winning it all again.