How Vegas Prepares For Mayweather vs McGregor

The Money Fight that was many months in the making is now just around the corner.

The two famous combatants have been trading punches for some time, most recently during a four-date trash talking press conference tour in three different countries.

In one corner is 40-year-old undefeated champion Floyd Mayweather. He retired in 2015, with an unbeaten record of 49-0 spanning 21 years, but now he's back with a vengeance to take on his opponent in the other corner, 29-year-old UFC lightweight champion Conor McGregor, in a 12-round boxing clash that has been brewing for more than a year.

The former multi-division boxing world champion is the heavy favorite — which is understandable, considering McGregor has never boxed professionally before. “He is a great dance partner, and I’m going to need him for Aug. 26,” Mayweather said at one of the recent press conferences.

A visitor to Las Vegas without any knowledge of the big fight wouldn’t even know the event was taking place in less than a month.

Outside T-Mobile Arena, the site of the showdown, banners are hoisted for the city’s new NHL team and billboards are on display to promote the next big concert. But the fight of the century, where the bell will ring to start the first round? A brief mention of the bout on the jumbotron scroll. 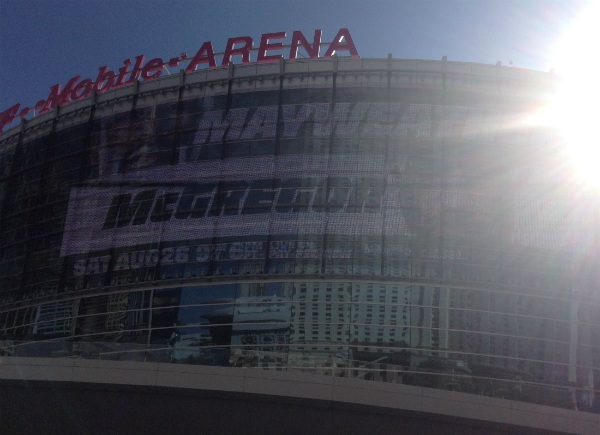 Every casino on the famous Strip on Las Vegas Boulevard offers betting on the fight, but you have to go out of your way to find the odds and betting lines for that as well.

Maybe it’s still too early before the fighters trade punches, but Mayweather vs. McGregor is just another page in the betting story in most sports books right now.

The big merchandising brands, like Reebok, aren’t sending retail stores much in the way of clothing to promote the fight either. “So we made up our own,” a Las Vegas Fight Shop store manager said recently. “And they’re selling well.” 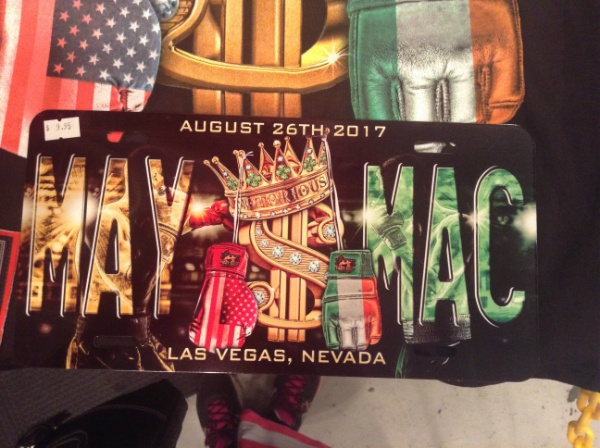 While exact figures have not been released, both fighters will likely earn more than $50 million on the event. Millions will watch on pay per view and tens of millions more will be wagered on the big event. Some are predicting this novelty fight will surpass the 4.6 million pay-per-view purchases from the Mayweather-Manny Pacquiao bout in 2015.

In a few weeks’ time, the circus atmosphere between the two camps will subside. It will be showtime. Money versus Notorious, as the fighters are known.

Both athletes are champions, no doubt about that. But neither is invincible.

Mayweather is 40. He’s been out of the ring for two years. And he’s only registered two knockouts in the past 11 years. The Michigan native has made a habit of defusing opponents' threats on the way to a comfortable points victory.

McGregor, known for his meteoric rise in the world of mixed martial arts, has never fought in the squared-circle. He is not used to wearing boots or boxing trunks. He’s also never had to fight using 10-ounce gloves. 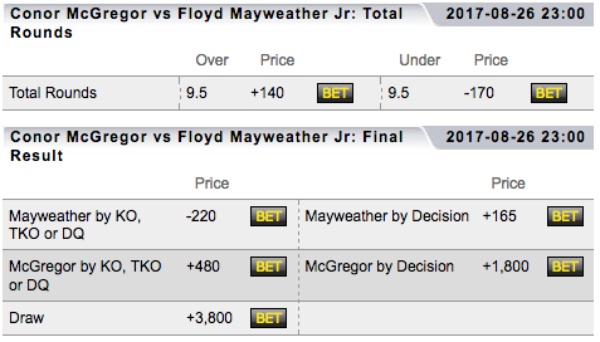 Mayweather by TKO in less than 10 rounds

Mayweather Jr. is lord of the ring. McGregor, who his trainer says is in the best shape of his career, is climbing a huge mountain here. There’s just too many boxing obstacles to overcome, never mind the legend he’s facing. Mayweather wins in a TKO in less than 10 rounds. 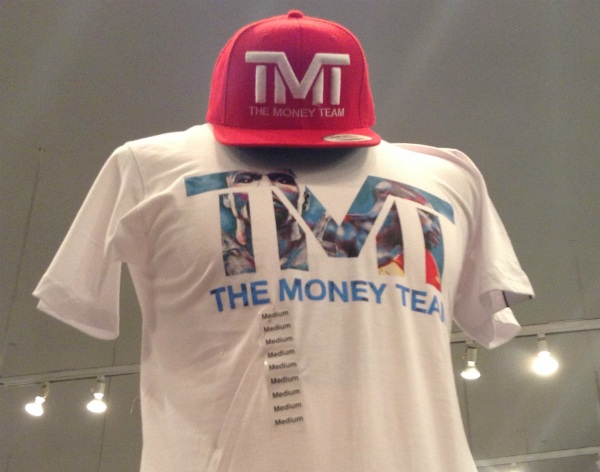