How Many People Will Watch Mayweather Vs. McGregor

Will Floyd Mayweather and Conor McGregor's August 26 bout become the most watched Pay Per View event of all time? That's the question we're left to ask here given the over/under on the number of purchases from above. Bovada and any other sportsbooks offering this prop bet are setting the bar that high—perhaps unfathomably high.

Consider that the No. 2 most watched event of all time is Mayweather vs. Oscar De La Hoya, which drew in about 2.4 million paying customers—less than half of the projected over/under line here. The most watched Pay Per View affair ever, meanwhile, was the Mayweather-Manny Pacquiao fight. Those two drew in a cool, and record, 4.6 million hits. And yet this benchmark is set roughly 600,000 viewers ahead of that, the most viewed display in history. 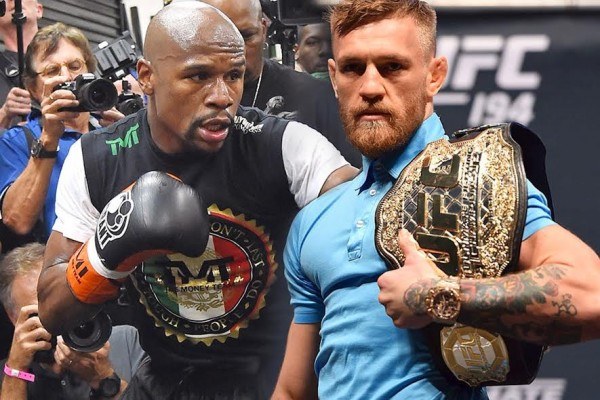 That this fight is supposed to sniff the 5 million plateau comes back first and foremost to price. Like the Mayweather-Pacquiao spectacle, views will have to pay $99.95 to order it. That drives up revenue by default when compared to sporting events that cost $50 or less.

Also of note: McGregor and Mayweather come from two different sports. The latter is a boxer, but the former is an MMA fighter. Stepping into the ring, against Mayweather, under boxing rules, is an entirely new experience for him. He's being subjected to a very different setting and style.

This cross-sport caveat will adversely impact the total amount of wagers placed at sportsbooks—or at least it should. Mayweather is such a heavy favorite that bettors must place down too much of an initial investment to feel a win, and those who bet on McGregor are doing so under the guise that they're most likely going to lose, which makes it more likely they'll wager smaller sums.

But things should be different on the Pay Per View side. This fight is appealing to two different sports fandoms, and anytime two extensive markets collide, there exists the possibility of a popularity explosion. Not only are you getting hardcore boxing fans and typical MMA supporters, but you're appealing directly to more casual and curious viewers.

These types of customers aren't just going to purchase the fight because McGregor and Mayweather are two household names. They'll lay down the $100 to be a part of something different—an event that, even if it sucks, will go down as one of the most memorable sporting experiences in recent memory.

Attach that intrigue to the number of purchases that'll originate organically thanks to diverse fanbases, and you really have something.

It might be close, and there's a legitimate chance the Mayweather-Pacquiao dud convinces some to now pass on the Mayweather-McGregor matchup a couple years later. Overall, though, it feels like a fairly safe bet that this fight will reel in more than 5 million purchases.

After all, the marketing for it has been good, and McGregor is a more vociferous counterpart for Mayweather than Pacquiao. All the chirping he's doing in the lead-up to this clash should help guarantee that it becomes the most watched Pay Per View option to ever hit the airwaves.