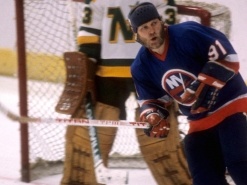 No day during the NHL season combines hope and excitement in the same manner that the trade deadline does. While the advent of the salary camp in 2006 has dampened somewhat the wild blockbusters of years past, the reality is that teams can still find a way to fit that missing item into the lineup, to bolster their roster for a Stanley Cup run. These are some of the biggest deals in deadline day history. Some led to an upllifting experience involving Lord Stanley’s mug. Others simply broke down and broke hearts along the way. Which NHL team will stock up on trade deadline day and make a run for a title? Will it be a massive move, such as adding an all-star goalie, a stud defenseman or a high-powered sniper? Or will it simply be a matter of picking up some depth pieces to ensure that they are well stocked for the long grind it takes to get to 16 wins and earn the right to lift the Stanley Cup?

It’s a certainty that more than one team will go this route on March 1 in search of that elusive piece of a championship puzzle. Maybe they will find it, or maybe they will find themselves puzzling all summer long as to why their blockbuster deal blew up in their faces.

As NHL owners and player reps continue to meet in order to iron out final details, the league is plotting for a January start to the regular season. It's expected that the NHL will go with a 56-game regular season. The continued closure of the Canada-USA border due to the COVID-19 pandemic almost assuredly means that the league will make a Canadian Division a certainty.

The majority of the athletic world may be on enforced hiatus due to the outbreak of the coronavirus but that doesn’t mean there are sports available for wagering purposes.

Is there a more important position in the NHL than the goaltender? That much might be debatable. But no matter your pick, goalies have to be up there. They are the last line of defense in a low-scoring sport. There is no understating that. They can make or break not just a game, but an entire Stanley Cup push. To show just how important they are, we're ranking the top 10 players between the post for the 2018-19 NHL season while taking a look at their respective teams' championship odds.
Read this article
Betting Picks - 12/12/18
Updated 2019 Stanley Cup Odds: Which NHL Teams Are The Best Bets?

Having trouble making sense of the NHL’s latest Stanley Cup pursuit? Don’t worry. You’re not alone. Though there is no shortage of powerhouses from which to choose, the race is more jumbled than ever. Twenty-one of 30 teams are above .500, which creates a bit of a bettor’s dilemma. But fear not. We’re here to provide some clarity to the NHL’s postseason fray and general pecking order.
Read this article
Betting Picks - 07/12/18
Odds to The Name of The New Seattle NHL Franchise

Here's a little-known hockey fact - Seattle, awarded an NHL franchise for the first time ever on Tuesday, owns a rich hockey heritage. Pro hockey in Seattle goes back to 1915. The Seattle Metropolitans joined the Pacific Coast Hockey Association, a major pro league that competed with the NHL and its forerunner, the National Hockey Association for the Stanley Cup, in 1915-16. The Metropolitans competed in the PCHA through the 1923-34 season.
Read this article