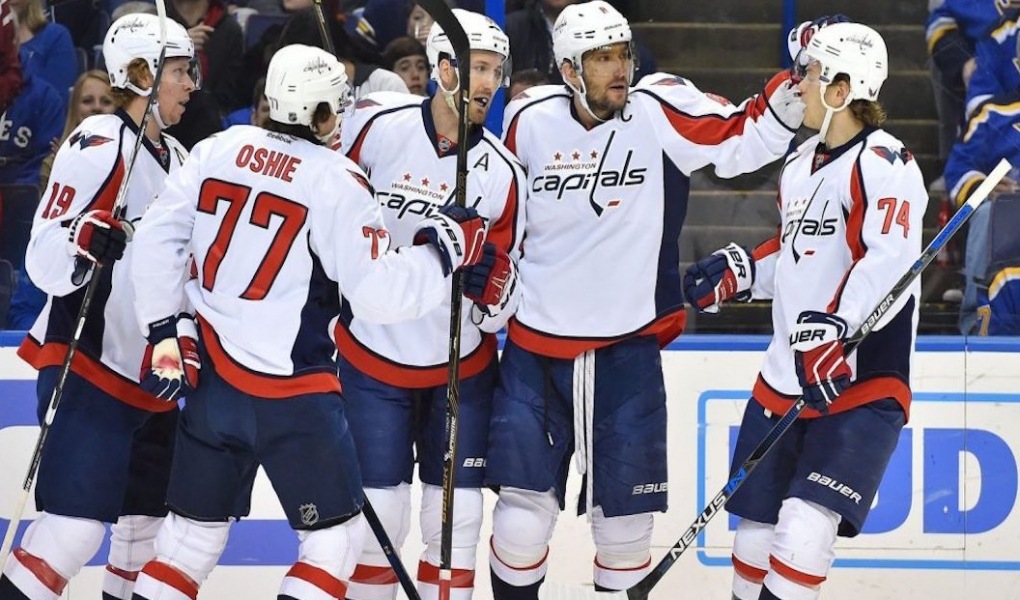 Now is a great time to invest in NHL Stanley Cup futures. Sure, there are seemingly so many viable candidates, which complicates your decision. But this season’s parity makes for user-friendly returns. Usually, by the halfway mark, this just isn’t the case. Our breakdown will take you through it all:

All Stanley Cup future lines come courtesy of Bovada and are accurate as of December 12. Since every team is still mathematically in the hunt, this list will be presented in alphabetical order:

To see where every team stood entering the regular season relative now just a couple months ago, please check out g and its top-shelf analysis.

The Blue Jackets are not receiving as much love as they should be. They're being unnecessarily penalized for their dead-even point differential.

That might typically be a red flag, but this NHL season is unique. So many teams are flirting around or above .500, and Columbus plays within a ridiculously difficult Metropolitan Division. That they're sitting in second place inside this tough group—which has six of its eight teams on winning records—is actually a good sign.

Despite its point differential, Columbus ranks ninth in total goals scored. Their defense could be better, but they're hovering close to the top half of the league in goals allowed per game. Their point differential should work itself out as time goes on. Treat them as more than a coin-toss to make the playoffs.

Another Metropolitan Division member, the Rangers are being mistaken for a borderline pushover.

Indeed, they have a negative point differential, and Hockey-Reference gives them less than a 25 percent chance of even making the postseason. Look closer, though, and they're primed for an uptick

New York constantly finds themselves within tightly contested games. They've lost three games in overtime and gone to six shootouts, the absolute most in the NHL.

Generating more goals needs to be a priority, and perhaps something they address at the trade deadline. The Rangers are bottom of the barrel in total scores. But they have one of the league's higher shot-making percentages, and their committee of goalies continues to place inside the top half of save percentage.

Viewing the Rangers as a favorite would be a mistake. But they're reasonable dark horses laying super-long-shot odds. That's a market discrepancy worth capitalizing on.

Just 13 teams are laying longer-shot odds than the Wild. By that measure, they should grade out as a below-average squad.

And yet, they don't.

According to Hockey-Reference's Simple Rating System (SRS), which ranks teams by weighting point differential and strength of schedule, the Wild are a borderline top-10 team in the NHL. They have a better point differential than the Stars, Bruins and Penguins, each of whom are laying favorite-level odds.

Try buying stock in the Wild now. They began the season between +3500 and +4000, and it won't be long before oddsmakers take them more seriously.

Certain teams a garnering a little too much love from the oddsmakers right now. These squads are worth steering clear of until their lines move in the direction of a higher payout.

Think of the Bruins as the Los Angeles Lakers or the New England Patriots of the NHL: Their widespread popularity on a national scale is going to incite more betting action, which will in turn force oddsmakers to adjust.

But the Bruins' point differential ranks outside the top eight in the league, and they aren't having the offensive success to justify top-10 odds. They're also 28th in even-strength goals on the year and 27th in shooting percentage.

Unless those numbers come up, they're liable to lose close games and fall to opponents that are otherwise inferior. Wait for them to undergo an offensive overhaul or for their odds to creep above +3000 before making a serious investment.

This might be the largest market inefficiency in the Stanley Cup race. The Sabres are laying heavy-favorite odds—one of the top-eight marks. They don't deserve it.

Not only does SRS rate them as a non-top-10 team, but they're winning 67 percent of their games with the point differential of a .500 team. That won't hold forever.

Buffalo has yet to lose in a shootout, and they have already racked up four overtime letdowns. Aside from center Jeff Eichel, they don't really have a high-volume scorer, and not one of their defensemen has racked up a full defensive point share—a truly alarming development this late into the season.

Check out the below table for the best online sportsbooks around so you can decide which one is right for you: