Who is Going to Win The Stanley Cup?

A threepeat? Is it even feasible to imagine such a possibility? Evidently, the oddsmakers believe so. Barely removed from their second straight Stanley Cup title, Bovada.lv has installed the Pittsburgh Penguins as +750 favorites to win the 2017-18 Stanley Cup. Bovada is not alone in once again anointing the Pens. TopBet.eu has Pittsburgh at +850 to win a third successive Cup, while BetOnline.ag lists the Penguins as +800 Cup favorites.

Well, there is a lot to like about the Penguins. They will still have Sidney Crosby, Evgeni Malkin and Phil Kessel making life miserable for NHL goalies. And if Kris Letang rebounds from the back surgery that scuttled his 2016-17 campaign, they will have third No. 1 defenseman back, and they just won the Cup without him. In goal, Matt Murray has never ended a season without a Stanley Cup-uplifting experience.

A lot will change between now and the start of the 2017-18 regular season. There’s still free agents to be signed, and players to be traded and drafted. But right now, it’s hard to see any team with a better chance to win next season than the Penguins. 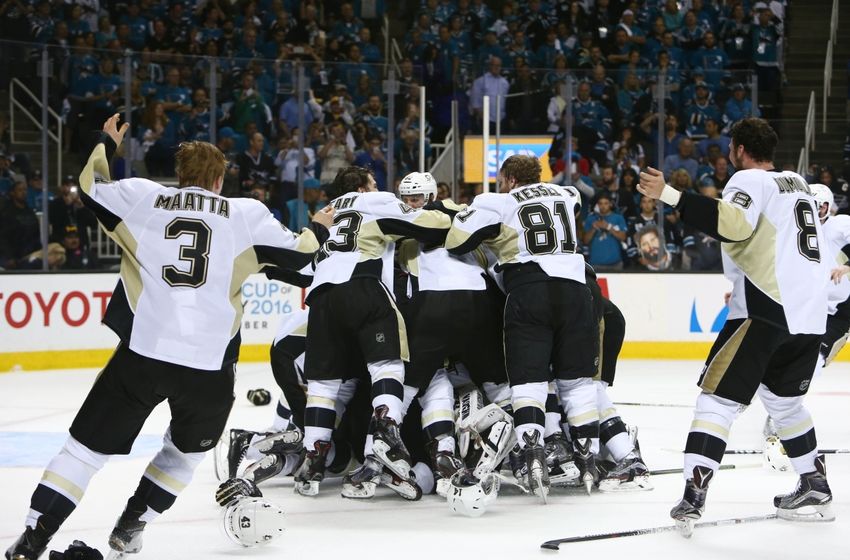 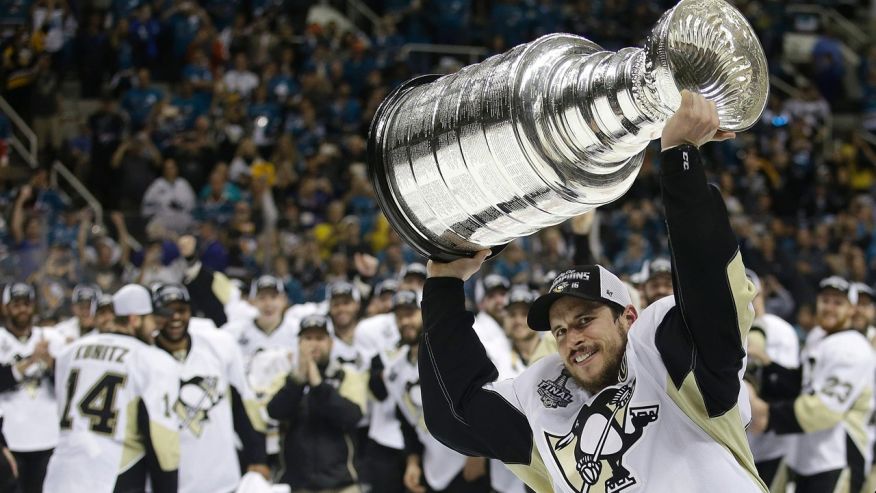 Sid The Kid isn't going anywhere. Neither is Geno, or Phil The Thrill. The Penguins still figure to be loaded and if anything, with Kris Letang returning from back surgery, their defense should be significantly upgraded. In goal, Matt Murray made hockey history, backstopping the Penguins to successive Stanley Cups while still qualifying as an NHL rookie.

Pittsburgh just defended its title while playing in the NHL's deepest and toughest division, the Metropolitan, and after almost all of its core players skated in the World Cup of Hockey. Expecting them to do it a third time on the surface might seem a long shot, but you go ahead and try to make a case for why they can't. 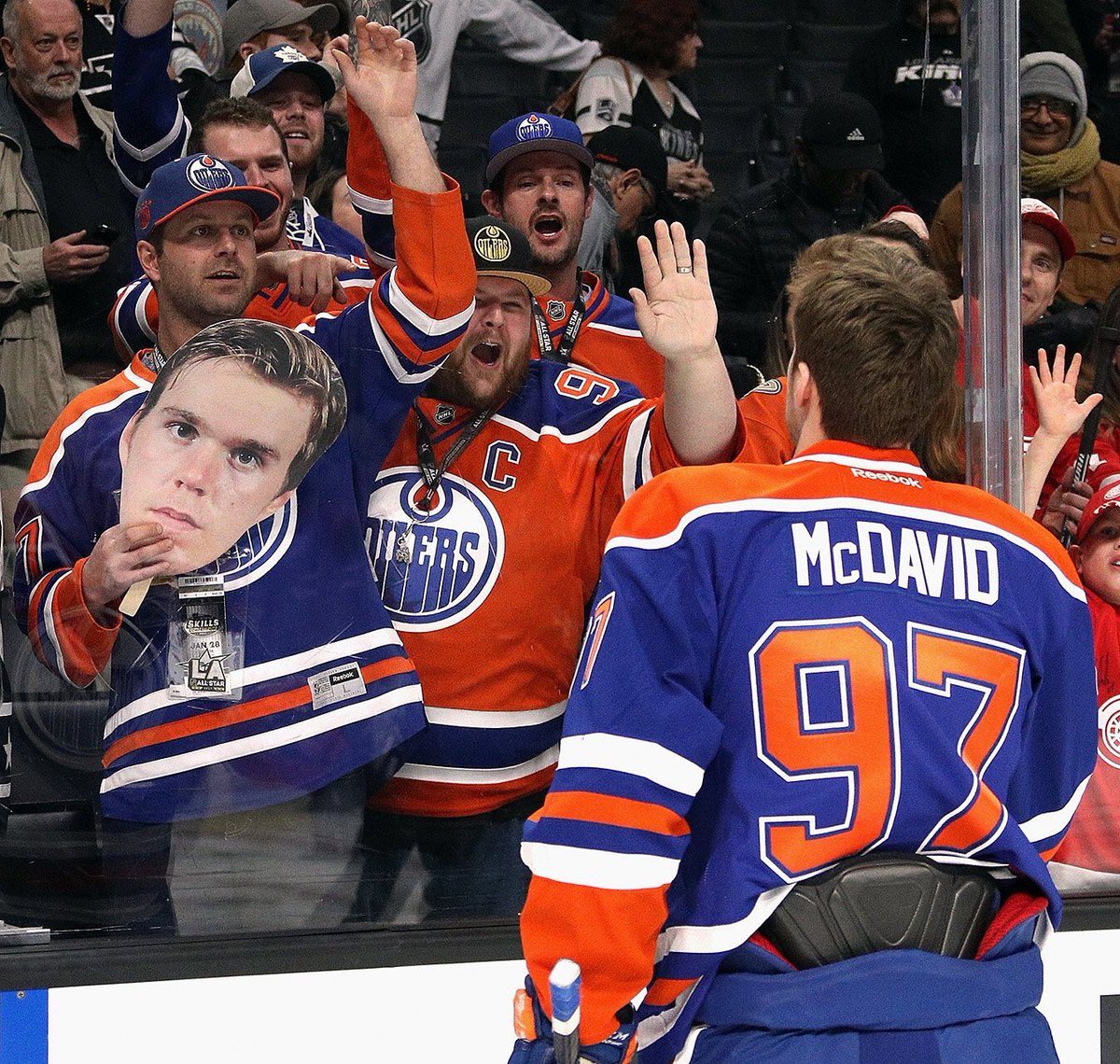 A year ago, the Oilers hadn't appeared in the Stanley Cup playoffs since 2006, but in making it to Game 7 of the second round of the postseason and within a victory of the final four, the young Oilers displayed how quickly they were learning lessons in the ways of Stanley.

Counting out a team that in Connor McDavid suits up the heir apparent to the Crosby throne as the game's best player would be foolhardy. The Oilers are like the Penguins were in the mid-2000s, a young team on the rise, knocking on the door of greatness. And that time could come much sooner than later. 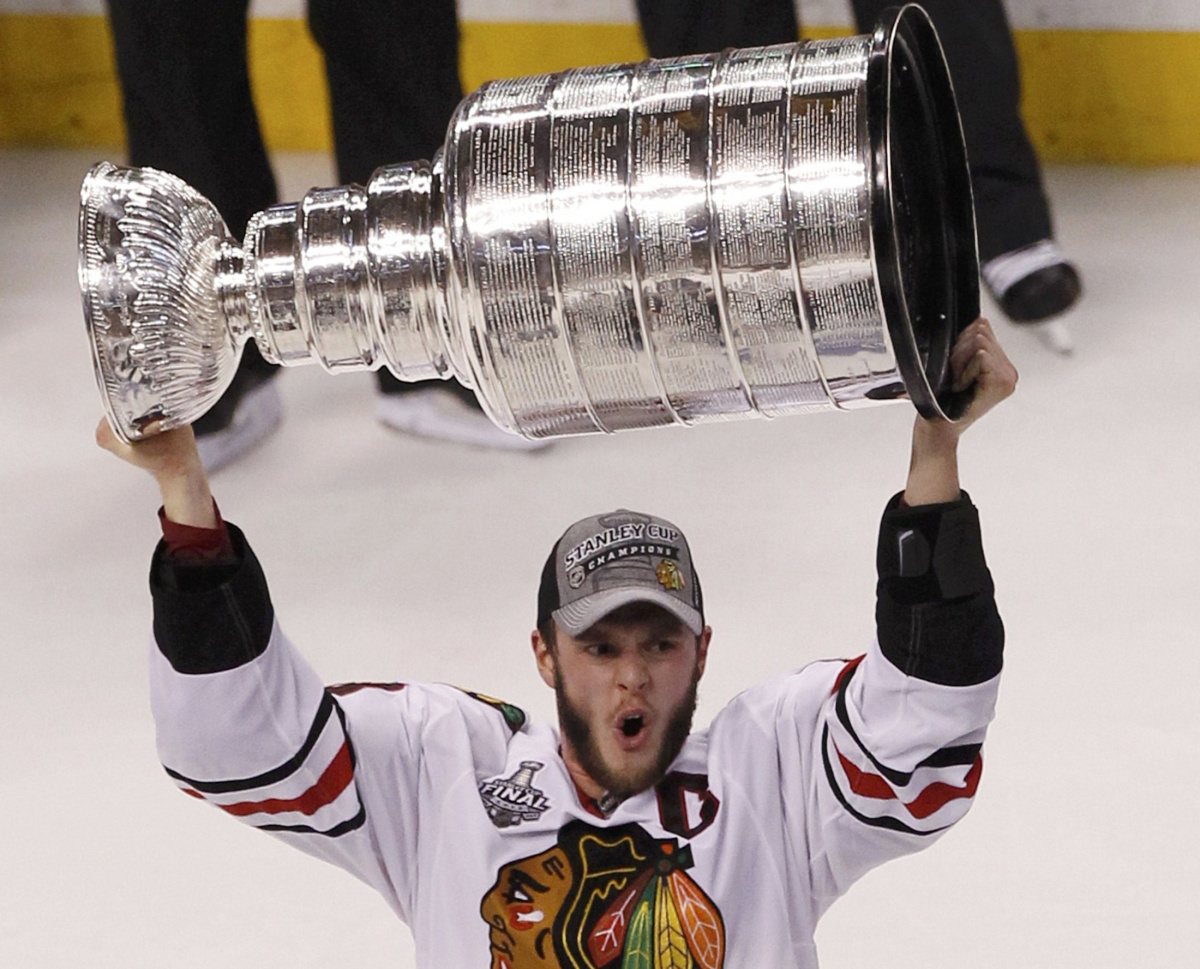 They didn't win a single playoff game in 2017, and that could easily be taken as a white flag, a sign that the Blackhawks, like all spectacular teams, are about to surrender to the scourge of time and begin the inevitable downturn. Don't buy that logic for a second. The team from the Second City is not done. 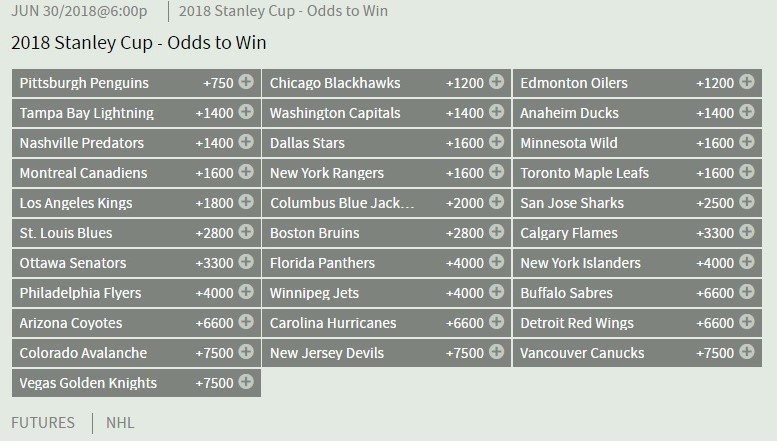 Chicago has won three Stanley Cups since 2010, but during that time frame there's been a season of devastation in between each of the Blackhawks' runs to glory. Last spring was a learning session for Chicago's young players, and Jonathan Toews, Patrick Kane, Corey Crawford and Duncan Keith have at least one more Cup run in them before they run out of gas. 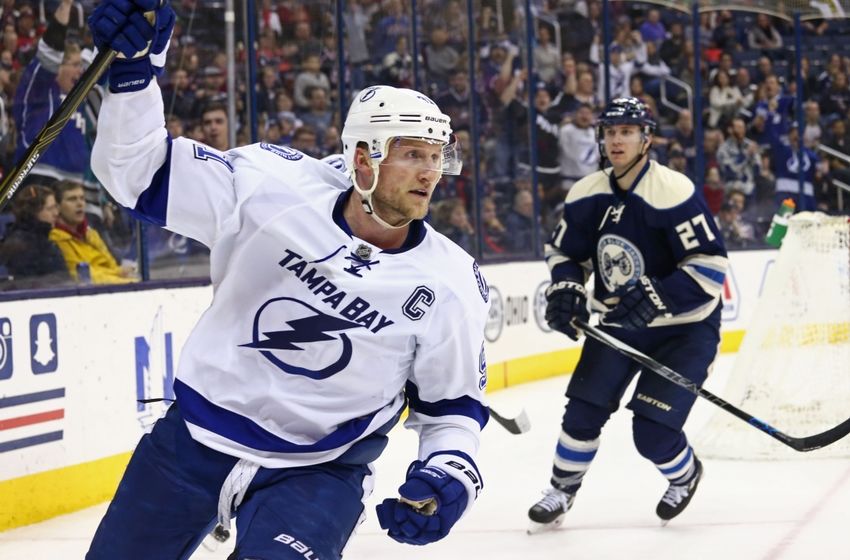 Something struck the Lightning down en route to their date with destiny. A devastating rash of injuries, including the loss of captain Steven Stamkos for the vast majority of the 2016-17 season, doomed the Lightning, a preseason Cup favorite, to the ranks of playoff outsiders.

Logically, such horrific luck can't impact a team two years running. Lightning GM Steve Yzerman was forced to shed some salary to get below the cap, jettisoning goalie Ben Bishop and forward Jonathan Drouin, but Tampa Bay is deep in skill up front and in Andrei Vasilevskiy, think they have a netminder who will be better than Bishop. There's been a Cup final appearance and final four for Tampa Bay in the last three springs. Don't slpee on the Lightning, because they are still quite capable of striking. 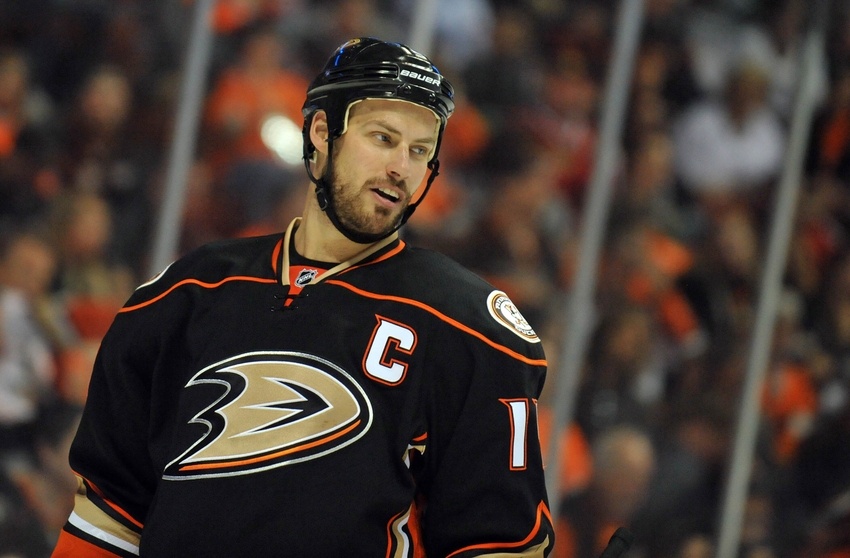 They came up short again and people refer to the Ducks as Washington's West Wing, but unlike the Capitals, there is a resume of playoff success in Anaheim. The Ducks went to the Western Conference final last spring and also in 2015, and did win a Stanley Cup in 2007, so comparisons to Washington are unjust.

The Ducks revealed that they did have some young talent to package around their veteran core of captain Ryan Getzlaf and Corey Perry. It's easy to forget how many kids are part of this team. They are still growing together and remain a legitimate threat. 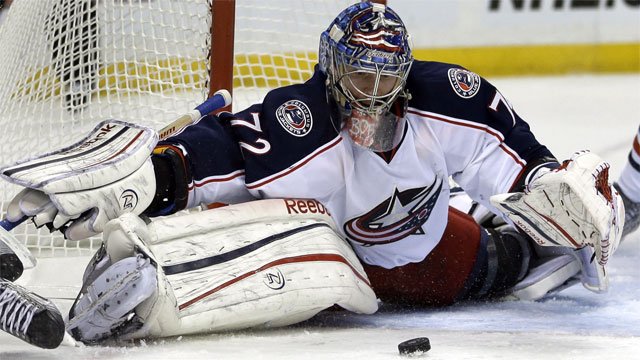 Every spring it seems, a team comes out of nowhere to rise up in the playoffs. Nashville did it in 2017, rolling all the way to the Cup final as a No. 8 seed. From where will the surprise of 2018 emerge? Why not Columbus?

Quickly disapatched by the Penguins in a five-game first-round series, the Blue Jackets remain in search of their first Stanley Cup series triumph. But getting a price of +2000 on a team that won an NHL-high 16 straight games during the 2016-17 season, a team with a Vezina Trophy-winning goalie in Sergei Bobrovsky and a Cup-winning coach in John Tortorella, we're telling you, don't overlook the Blue Jackets.

Related articles
Betting Picks - 26/11/21
Is Edmonton's Connor McDavid Hurt?
While there's a growing belief that Art Ross Trophy winner and Edmonton captain Connor McDavid is ailing with a rib injury, the Oilers continue to roll along in the Stanley Cup playoffs thanks to a strong supporting cast.
Read this article
Betting Picks - 13/05/21
NHL Postseason: Stanley Cup Favored To Go West

Let's have a look at the 2021 NHL postseason picks.

Most of the time, last year’s champion is among the favorites to repeat again the next season. But that’s not true when it comes to the National Hockey League’s most valuable player betting lines.

Taylor Hall became the first New Jersey Devil ever to win the Hart Trophy last season. The first overall pick in the 2008 draft earned 72 out of 164 first-place votes. The Alberta native, who finished sixth in the league in scoring with 93 points, isn't even in the Top 5 for this year's MVP.
Read this article
Betting Picks - 11/05/18
2018 NHL Conference Finals Predictions: Firsts Are Foremost

And then there were ones - three of them. Three NHL division winners - the Washington Capitals (Metropolitan), Vegas Golden Knights (Pacific) and Tampa Bay Lightning (Atlantic) - are in the Stanley Cup final four, joined by the Winnipeg Jets.
Read this article
Betting Picks - 26/04/18
Stanley Cup Playoffs Predictions: Wild West Is Up For Grabs

In the Stanley Cup playoffs, it isn't so much about how the West was won as it is about who will win the West. You can make a legitimate case for all four of the remaining teams being the last one left standing. The Nashville Predators were last spring's finalist, while the San Jose Sharks were there a year earlier. And you can't discount the Winnipeg Jets or Vegas Golden Knights.
Read this article