Who Will Win The NCAA National Championship? 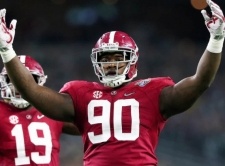 College football today is much like country music was in the 1980s – it all starts with Alabama. As with their namesake band, the Crimson Tide and hitting No. 1 seem to go hand in hand. Since 2008, coach Nick Saban’s Alabama squad has held the top ranking in the polls for a time during every season, and on four occasions in that span of time, finished atop the heap.

Yet, as the Clemson Tigers proved in last season’s exicting 35-31 title win, Alabama is beatable. So what to expect during the upcoming NCAA football season? Well, that Alabama will be right there again, and these are the teams with the best chance of turning the tide in their favour.

Bovada.lv puts the Crimson Tide atop the NCAA football future book at +275. TopBet.eu likes Alabama, too, although not quite as much at +350. BetOnline.ag goes along with TopBet, seeing the Tide as the team to beat at odds of +350.

If some school is going to follow Clemson’s lead at topple the Crimson Tide, who might it be? Well, start with another football factory from the north side of the Mason-Dixon Line, the Ohio State Buckeyes. Urban Meyer’s club is always right there with the contenders, and like Alabama, seems to have a football factory hidden away somewhere on campus that just churns out blue-chip prospects. The Buckeyes most recently won the national title in 2014. Bovada puts Ohio State as their second choice at +600, as does BetOnline. TopBet lists the Buckeyes at +500 to win it all.

Beyond them, you’ll want to look to two traditional powers who are in resurgent mode. The Florida State Seminoles (+700 at Bovada and BetOnline, +750 at TopBet) champions as recently as 2013, get an early chance to state their case, facing Alabama on Sept. 2.

The USC Trojans (+700 at Bovada and BetOnline, +750 at TopBet) were national champions in 2004 but after nearly a decade in the wilderness, partially due to NCAA sanctions, the Trojan horse is no longer a diversion. They are for real. 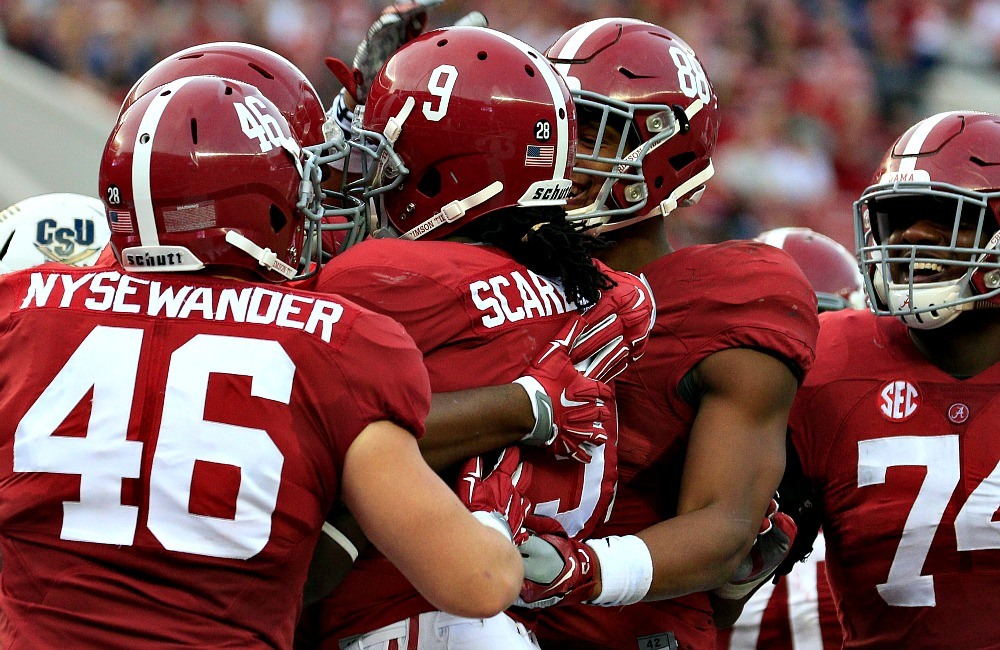 The Tide are loaded with talent, starting with quartberback Jalen Hurts. He is a double threat, rushing for nearly 1,000 yards last season and passing for more than 300 yards in the Alabama spring game. On the defensive side of the ball, nine different players had a sack in the spring contest.

One thing that could work against the Tide is that since preseason polls were first announced in 1950, just 10 schools have gone on to win the title. 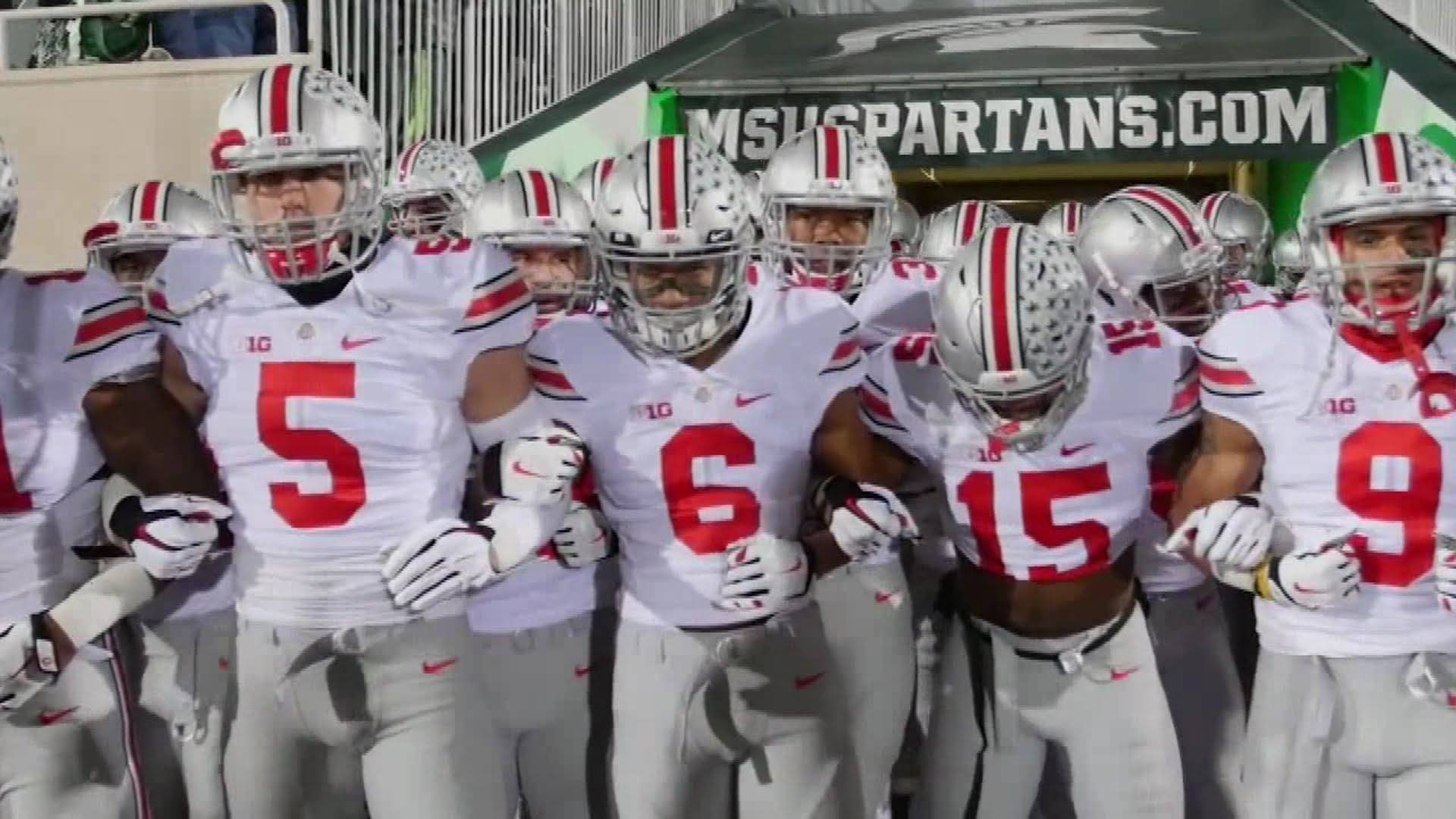 With just six starters back in 2016, the Buckeyes still made it to the College Football Playoff, so with a loaded team in tow, look out for Urban Meyer's Ohio State squad. QB J.T. Barrett will contend for the Heisman. Ohio State travels to Michigan this year, but their other tough opponents, Penn State and Oklahoma, must come to Columbus.

Defensively, the Buckeyes may suit the up deepest and toughest front seven in all of college ball. The only question mark is a secondary that was riddled by graduation, but Meyer has recruited well to fill that void. 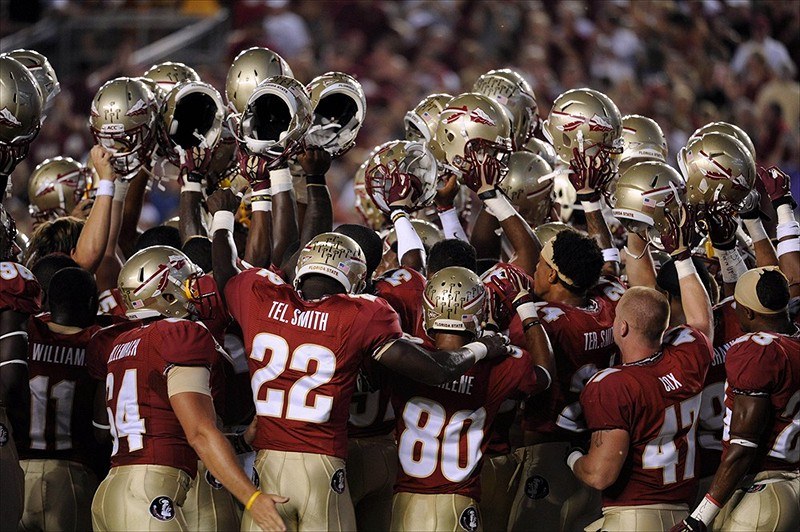 Tough road games at arch-rival Florida and Clemson will go a long way in determining whether the Seminoles can contend for their first national title since Jameis Winston led them to glory in 2013.

Quarterback Deondre Francois threw for 3,350 yards and 20 touchdowns as a freshman, so you'd have to figure he only gets better. But the real dominance for Florida State should come on the defenside side of the ball, where the Seminoles return nine starters, including safety Derwin Jones. Considered by many to be the best defender in all of the NCAA, Jones missed most of last season after suffering a knee injury. 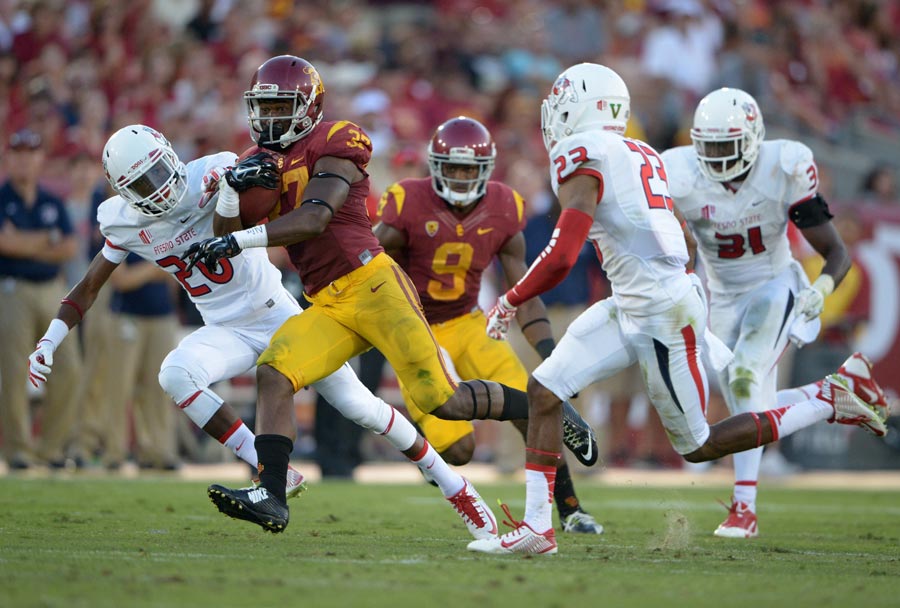 After USC started 1-3, redshirt freshman Sam Darnold took over, passing for 3,086 yards and 31 TDs as the Trojans ended the season on a nine-game winning streak. Ronald Jones is an All-Pac 12 contender at running back and the defense is stellar.

If you are looking to good a bit off the board in search of a champion, perhaps look at the Nittany Lions.

With a pair of potential Heisman Trophy winners in tow in quarterback Trace McSorley and running back Saquon Barkley, expect Penn State to put plenty of points on the board as the Nittany Lions seek to defend their Big Ten title. 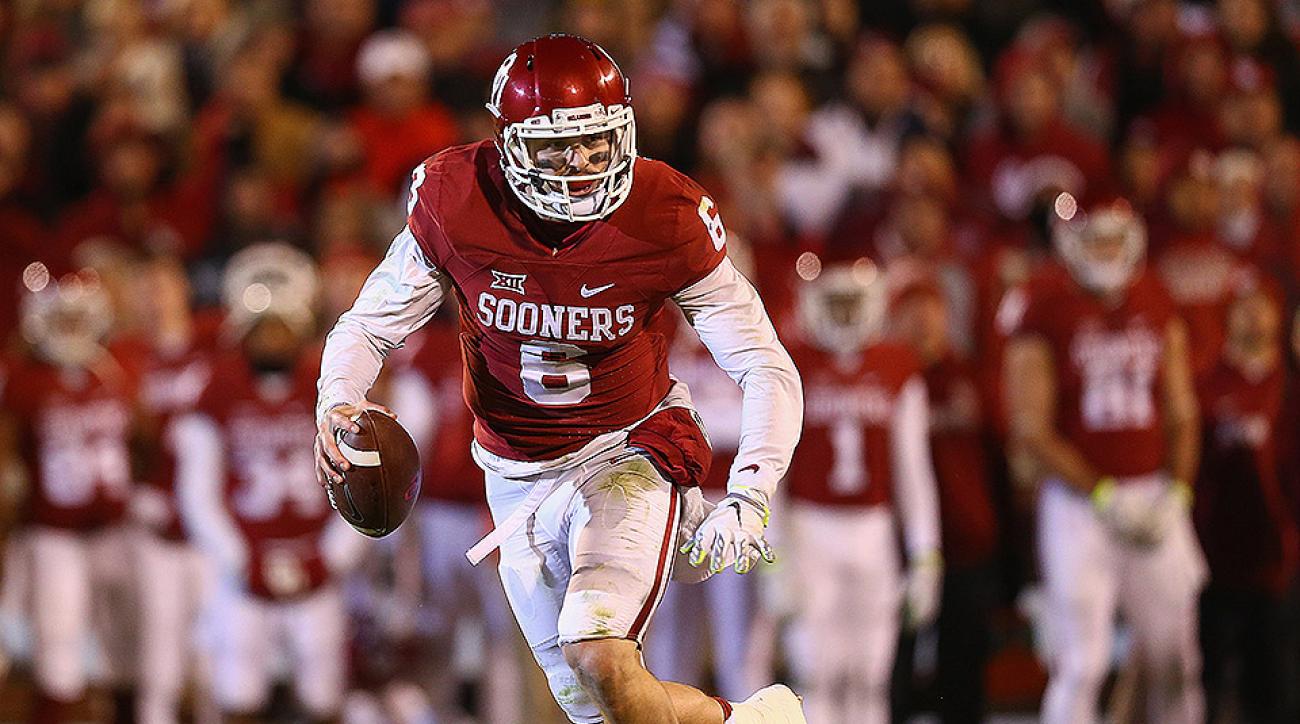 While the contender list is always weighted heavily toward the SEC and the Big Ten, a Big 12 team you might consider is the Sooners. Oklahoma should capture a third successive confence title without much in the way of speed bumps, but whether they have the stuff to take it further than that could be determined Sept. 9, when they travel to Ohio State to face the Buckeyes.

Heisman contending QB Baker Mayfield opted to remain in school for another year, but also got himself arrested for public intoxication during the winter.

For the fourth consecutive year, the Crimson Tide and Tigers collide in the College Football Playoff. Alabama has won two meetings, with Clemson taking the other. What's in store for the fourth duel? We have a preview of the national championship game here, along with our betting picks!
Read this article
Betting Picks - 07/01/18
National Championship: Georgia vs Alabama College Football Picks

Legendary Alabama Crimson Tide coach Paul (Bear) Bryant won a record six national titles. The Tide are in their third straight title game and with a victory in Monday's national championship game, current Alabama coach Nick Saban can tie the Bear's record. Standing in his way will be a familiar foe, as Alabama faces the Georgia Bulldogs in the second all-SEC championship tilt in the past seven years.
Read this article
Betting Picks - 12/12/17
College Football Playoffs Props: Will Tide Roll To Another Title?

There was much consternation within NCAA football over whether Alabama, which didn't even reach its conference final, should have earned a spot in the College Football Playoffs. The Crimson Tide were given the fourth available spot in the tournament, and almost immediately the traditional power soared to the top of the wagering pools picking which school will ultimately capture the NCAA title, a crown they've worn four times since 2009.
Read this article
Betting Picks - 24/11/17
College Football Picks Week 13

It's rivalry week in NCAA football and that means wherever you look, there are big-time games available for wagering. Some will impact the national championship race, while others will simply offer regional bragging rights for another year. But one thing you should remember when betting on rivalry games - you should throw the records and the odds out the window, because emotion often carries the day in these games.
Read this article
Betting Picks - 13/09/17
College Football Parlay Week 3

The top two college football teams in the nation have cupcakes for opponents this week. Alabama is a four-touchdown favorite over Colorado State, while Oklahoma is picked to win by almost five scores over Tulane. Both powerhouses have three ranked opponents remaining on their 2017 schedules.
Read this article