College Football Playoffs Props: Will Tide Roll To Another Title?

Placing Their Rolls On Tide

Should they or shouldn't they? Are the Alabama Crimson Tide worthy of status among the final four set to battle in the College Football Playoff for the NCAA football title?

You'll certainly get an argument from the folks who support Ohio State, but irregardless, the once-beaten Crimson Tide - a loss to arch-rival Auburn that cost Alabama a spot in the SEC Championship Game - were voted in by the committee, and now that they are in it, sportsbooks are of the opinion that the Crimson Tide are in it to win it.

Head coach Nick Saban lobbied hard to get his team into the playoff and people not only listened, they bought into 'Bama big time. Bovada has Alabama as its +190 choice to win the national title, while BetOnline likes the Tide even more at +175. TopBet isn't as solidly behind Alabama, but still makes the Crimson Tide the chalk at +210.

Are they on the right track? Should the Tide indeed be listed as the team to beat, or is tradition overrulling reality in this case? Let's look at the all the possibilities. 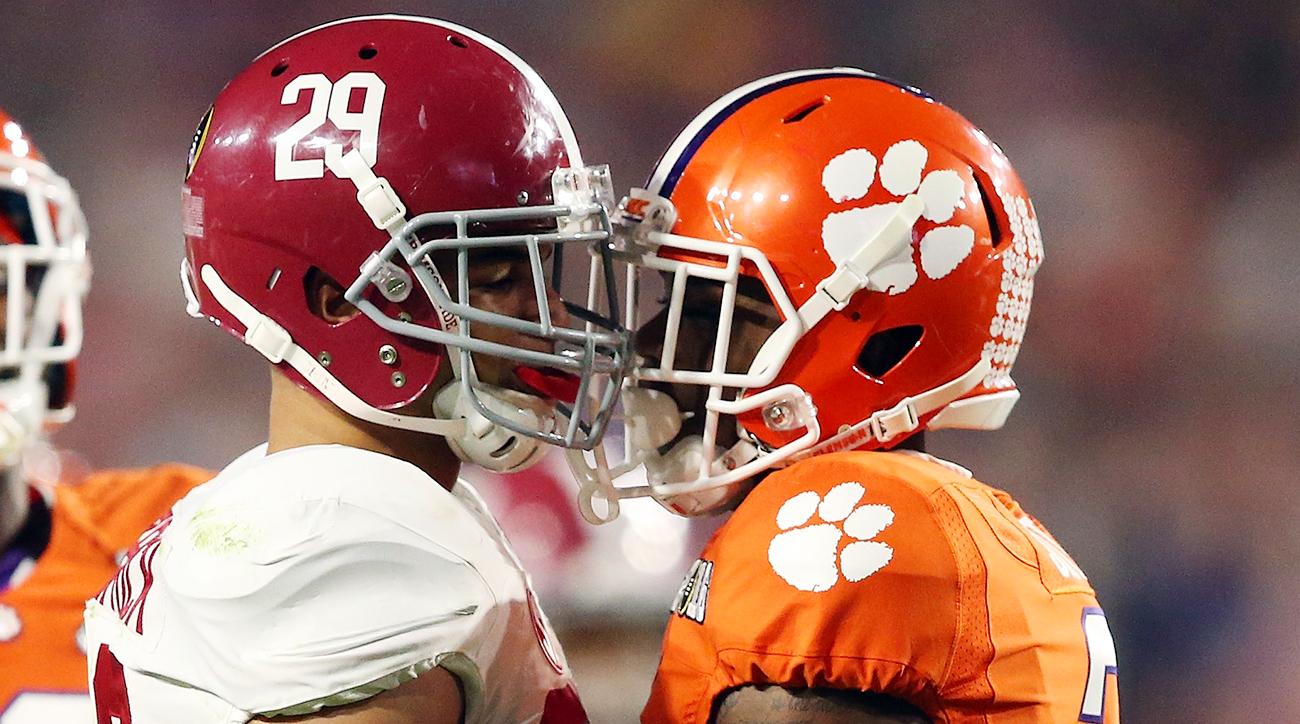 Alabama (+190) - Can a college football superpower play the "we aren't even supposed to be here" card? Well, Alabama can try, but the experts aren't buying it. By making the Tide the favorites to take the title, it's the first time that either a No. 3 or No. 4 seed has been listed as the chalk. To get their first championship title since 2015, the Tide will first have to overcome Clemson in the Sugar Bowl, the third straight year that these two college football giants have clashed in the playoffs.

Clemson (+250) - The defending national champions go into their Sugar Bowl semifinal against Alabama as 2.5-point underdogs, which is significant, because the Tigers have beaten the spread in both previous playoff meetings against the Crimson Tide. In fact, Clemson is 4-0 ATS and 3-1 straight up in College Football Playoff games. An informal poll of 11 players nominated for national college football awards saw five of the players pick the Tigers as the team to beat in the playoff, the most votes garnered by any team. 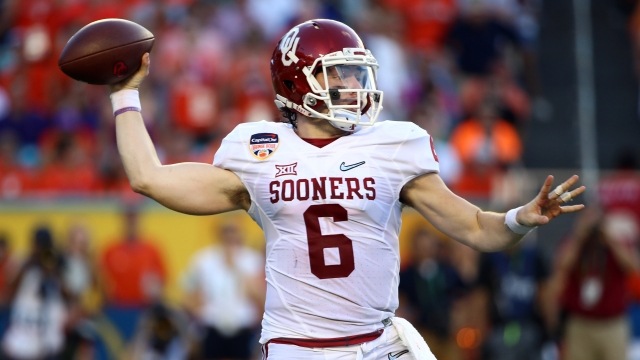 Oklahoma (+333) - If you are looking to play an underdog to win the College Football Playoff, the Sooners would seem to be the team to go with, if for no other reason than they suit up the best player in the country at quarterback, Heisman Trophy winner Baker Mayfield. Mayfield is just 1-1 in bowl games and the Sooners lost in a blowout against Clemson two years ago in a CFP semifinal. But this season they are an offensive juggernaut that is simply steamrolling over opponents.

Georgia (+333) - For a team that stood atop the NCAA rankings for the majority of the season, no one seems to be giving the Bulldogs much of a chance here. Georgia and Oklahoma have never previously met on the gridiron, and the Rose Bowl showdown between these two powerful programs is a wonderful contrast in styles. The Bulldogs love to punish you by running the ball down your throat, and their pass defense ranked second in the nation, so it should offer a challenge to Mayfield and the pass-happy Sooners.

AS for the championship game, BetOnline has set Alabama defeating Georgia as the favored outcome for the final at +400. But we prefer their fourth betting choice - Clemson defeating Oklahoma at +600. Expect a close victory for the Tigers as they defend their national title. Clemson is 8-2 against the spread and 7-3 straight up in bowl games under head coach Dabo Swinney.