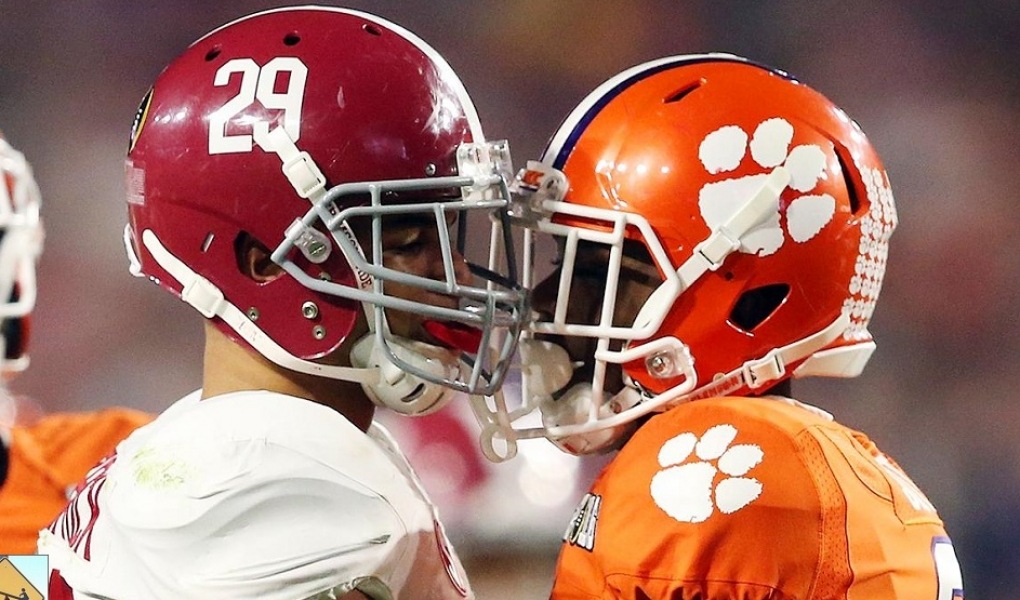 Alabama Vs Clemson Part 4: Who Will Win NCAA Title?

The more things, the more they stay the same. Despite a new cycle of players, Nick Saban and Dabo Swinney will once again meet in college football’s final game to determine a national champion.

Bovada — a hot-spot destination for college football odds — has Bama as the six-point favorites. The over/under is set at an even 59 points. For moneyline lovers, Alabama is -200 and Clemson is +170 to win straight up.

Road To The Title Game

A fourth straight Alabama-Clemson CFP meeting should surprise no one at this point. Both Saban and Swinney have dominated the college football landscape for over a decade, and that was readily apparent in 2018.

It’s not so much that neither team has lost this season that is impressive, rather, it’s in the manner they’ve won. Bama’s average margin of victory over the regular season, in the vaunted SEC no less, was a stunning 33 points. Clemson was just under 32 points.

That sheer domination followed in the CFP semi-final round. The Tide jumped out to a 28-0 lead over Oklahoma before a few garbage-time scores by the Sooners left the final score at 45-34 (a mirage if you actually watched the game). As for the Tigers, they steamrolled the previously-undefeated Notre Dame 30-3.

Despite cries of the sport having a parity problem, this is the national championship game we deserve — and it should actually be close based off the matchups.

May The Best Defense Win

At first glance, it’s easy to fall in love with the two players under center for Alabama and Clemson.

On one side, you have Tua Tagovailoa, who depending on who you ask, should’ve won the Heisman Trophy. This game will be the sophomore sensation’s full-circle moment, as he first took over the Tide in last year’s title game, at halftime no less. The rest is history as they say.

Then you also have true freshman Trevor Lawrence. He entered the Tigers’ starting lineup in game four and Clemson has been a different team since. With Lawrence at the helm, the team has averaged 47.8 points per game — marginally better than Bama’s 47.7 season average.

Nonetheless, we expect this one to be a defensive slugfest. If you’re betting point totals, we’d advise the under. Allow us to explain.

Last year’s meeting between these two ended 24-6 in favor of Bama. While that was contested without Tagovailoa or Lawrence, we have a tough time imaging those two will add an extra 29 points (for the 59-point total) to the scoreboard.

Why? Because both of these defenses are anchored by ferocious lines up front. Figuring out which side has the better pass rush is a real coin toss. In high-stakes games like this one, defenses always seem to rise to the occasion.

However, it is worth noting, the Tigers will be without defensive tackle Dexter Lawrence. He’s one of three suspended Clemson players after failing a drug test. Lawrence, a three-year starter and likely first-round pick in the NFL, will leave a gaping hole in the middle of Clemson’s defensive line.

When it’s all said and done, we expect Saban to hoist his NCAA-record seventh national title on Monday. You simply can’t bet against a proven dynasty like Bama. However, Clemson will do enough to cover the spread. The first two national title meetings between Saban and Swinney ended in differences of five and four points, so expect more fireworks in Santa Clara.

Check out one of our partners below to lock in your NCAA national championship bets with the best college football odds!