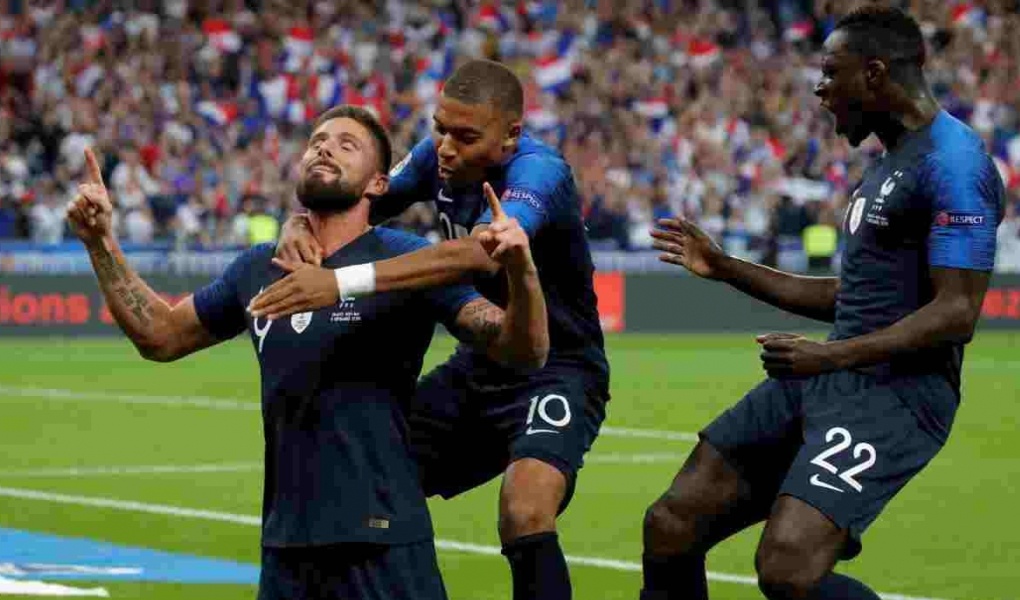 International friendly games were seen by some as a waste of time. As the games were not competitive, some managers fielded understrength teams or made seven or eight substitutions during the match. The UEFA Nations League has created a new competition that everyone wants to win, but who will become the UEFA Nations Champions? Let’s check out what the betting odds at Bovada suggest will happen.

Spain are the bookmakers’ favorites to win the 2018/19 UEFA Nations League, possibly due to them getting off to a flying start in League A Group 4.

The Spaniards endured a disappointing 2018 FIFA World Cup ad are looking to make amends by showing the world they still have what it takes to rub shoulders with the best in the business. After progressing from the Group Stage with relative ease, Spain lost on penalties to host nation Russia to crash out in the Round of 16.

Their first competitive game since the World Cup saw Spain take on England at Wembley Stadium, London in the UEFA Nations League. Spain fell behind in the 11th minutes, but equalized two minutes later before taking a 2-1 lead just after the half-hour mark. The Spanish then controlled the game and never looked like relinquishing their lead, which they didn’t, running out 2-1 winners.

Spain then faced Croatia, the World Cup finalists, and demolished them 6-0, the heaviest defeat in Croatia’s history. Spain were scintillating in that game and it is this mauling that has seen them installed as favorites to become UEFA Nations League champions.

It would take a brave bettor to bet against the Spanish after their impressive start. If Spain do not go on to win the competition, they will have a major influence on where the trophy calls home for the next season.

The talented French were held to a 0-0 draw by Germany at Bayern Munich’s Allianz Arena and were second best for large parts of that game, seemingly unable to thwart Germany from keeping hold of the ball.

France were much better in their 2-1 victory over the Netherlands with Olivier Giroud ending a 10-match goal drought and the amazing youngster Kylian Mbappe also getting on the scoresheet.

Didier Dechamps is now playing a 4-2-3-1 formation and it looks to be the perfect solution to fit in all his stars. With Raphael Varane and Samuel Umtiti paired in central defense, protected by N’Golo Kante and Paul Pogba just in front of them, with Antoine Griezmann pulling the string from the number 10 role and Mbappe doing whatever he likes, the French are a strong outfit.

The only negative about France is a lack of a world class striker.

Dechamps has opted for Giroud up front and he now has 32 international goals, trailing only Thierry Henry, Michel Platini and David Trezeguet, but opponents facing Giroud will not be struck with fear ike they would say against Spain’s Diego Costa.

That said, France have so many players who can put the ball in the back of the net that the +350 odds on them winning this competition look a steal and that is where my money would be going.

Belgium reached the semi-finals of the 2018 World Cup and started the UEFA Nations League with an emphatic 3-0 victory over Iceland, a team who are usually rock solid in defense. Iceland had no plan to stop Manchester United forward Romelu Lukaku who netted a brace with Chelsea’s Eden Hazard scoring from the penalty spot.

When the Belgians are on song, they are almost impossible to beat. They have a superb goal keeper, a tight defense, an amazing midfield and a world class forward to finish off moves. What’s more, star player Eden Hazard is playing the best soccer of his life and the team will be able to welcome back midfield maestro Kevin De Bruyne later this year once he has recovered from injury.

While I do not think Belgium will win this competition, they will progress from their group and into the knockout stages.

Germany have only played one game at time of this article being written and that was a 0-0 draw at home to World Champions France. Germany controlled that game from start to finish and although they looked a little toothless in front of goal, they never looked like falling behind against a strong French team.

Joachim Low is having to rebuild his side’s confidence after a dreadful World Cup campaign that saw them exit during the Group Stage.

Perhaps the UEFA Nations League has come too early for Low and his well-known stars, but you can never write off the Germans as they are experts in tournament soccer.

Lastly, an outsider in England who Bovada price at +1600 to win the UEFA Nations League. Gareth Southgate’s Three Lions navigated their way to the World Cup Semi-Finals, a finish that nobody expected.

Southgate has started to pick a more youthful side, which isn’t a bad tactic, but some of his recent squads have contained players who are not getting game time for their domestic clubs.

England are also very reliant on Harry Kane to score their goals. If he is injured or otherwise unavailable, England lack an alternative frontman so it is probably best to avoid betting on them.