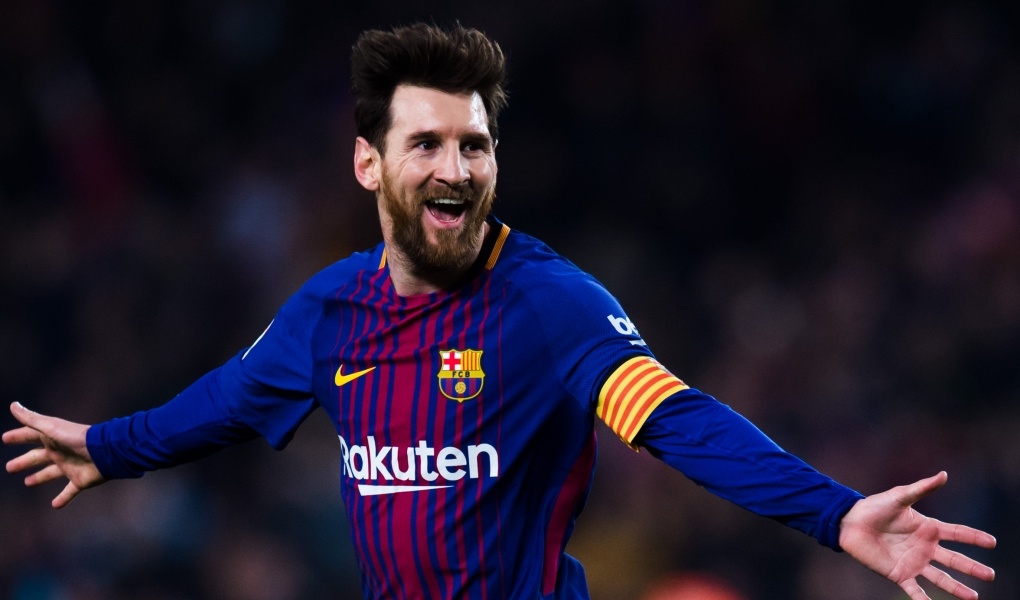 Can Anyone Stop Barcelona Winning Another La Liga Title?

Barcelona are firm favorites to win the 2018/19 La Liga, yet it may not be as clear cut as that, despite the Catalan giants losing a handful of key players during the close season. Online sport betting giant Bovada’s odds suggest this year’s La Liga will be a two horse race between Barcelona and Real Madrid, yet some believe Atletico Madrid could have a major say in where the title heads at the end of the season.

Barcelona romped to their 25th La Liga title during the 2017/18 season and lifted the trophy with relative ease, finishing 14 points ahead of nearest rivals Atletico Madrid and 17 ahead of arch-rivals Real Madrid.

Twenty-eight victories, nine draws and only one defeat from 38 La Liga games saw Barcelona accumulate 93 points while scoring 99 goals and conceding only 29 left them with an almost unbelievable goal difference of +70.

It goes without saying that Barcelona are the team to beat when it comes to winning the La Liga title this year; whoever finishes above them will likely life the trophy. Odds of -175 do seem short, but rightly so because no other team in the Spanish top flight can match Barcelona’s attacking prowess, midfield creativity or defensive strength.

Pundits around the world wondered, before the season started, how Barcelona would cope with the loss of Andes Iniesta who moved to the Japanese J League at the end of the season. Iniesta was a hugely influential player for Barcelona, yet four wins from their opening four La Liga fixtures, including an 8-2 demolition of Huesca and a 4-0 mauling of PSV Eindhoven in the UEFA Champions League seem to suggest it is business as usual for Barcelona without their midfield general pulling the strings.

Fifty-nine of Barcelona’s 99 La Liga goals came from either Luis Suarez or Lionel Messi, which is slightly worrisome, especially when their next highest scorer was Paulinho with nine goals; Paulinho has since left to go play in China.

€105 million signing Ousamane Dembele only managed three goals in 17 La Liga appearances, but you feel the best is yet to come from the talented French youngster.

Potential striking problems aside, betting on Barcelona to win La Liga is as a sure fire bet as you can get in this game.

Although Real Madrid won the Supercopa de Espana, UEFA Super Cup, FIFA Club World Cup and the UEFA Champions League, the fact they finished in third-place in La Liga, and 17 points behind Barcelona, made the 2017-18 season one of disappointment.

Real now have a new manager in charge after Zinedine Zidane left the club and was replaced by former Spain national team boss Julen Lopetegui, but they will have to get used to not having Cristiano Ronaldo creating and scoring goals as he joined Italian champions Juventus in a £105.3 million deal.

Ronaldo scored 450 goals in 438 appearances for Real Madrid and is irreplaceable.

Lopetegui has been tasked with winning La Liga in his first season and while that is not out of the realms of possibility, Madrid already find themselves two points behind Barcelona after the opening four games.

Madrid need to bring out the brilliant best of Gareth Bale, hope new signing Thibaut Courtois keeps the goals out at the other end of the pitch and have Brazilian teenager Vinicius Junior break through into the first team following his £40 million move from Flamengo this summer.

The white half of Madrid is likely to push Barcelona all the way this season, yet they are just as likely to fall short of a 34th La Liga title, again.

Realistically, there are only three teams in La Liga who can become champions. We have already talked about Barcelona and Real Madrid, now it is time to look at Atletico Madrid.

Atletico finished second in La Liga last season, albeit by 14 points. While they only conceded 22 goals during their 38 domestic league games, they also only managed to find the back of their opponents’ net on 58 occasions, which was only the seventh-highest total in the division.

The £63 million transfer of Thomas Lemar from AS Monaco was a stroke of genius by the Atletico board because Lemar had been targeted by several of Europe’s biggest clubs. The left winger adds some much needed flair and pace to the Atletico team.

Lemar’s signing may be a huge positive for Atletico but it is two key personel who they managed to keep hold of that could be the biggest coup of the season.

Firstly, manager Diego Simeone remains in charge despite interest from clubs abroad; Arsenal of the Premier League were touted as a possible destination for the Argentine coach. Simeone knows his squad inside out and having him in charge keeps some much needed stability within the dressing room.

Secondly, keeping hold of Antoine Griezmann was a master stroke. Everything positive Atletico do goes through the Frenchman while his 80 goals in 145 games for Atletico is a record that speaks for itself.

Throw into the mix a fit again Diego Costa up front and Atletico have the nucleus of a very strong side.

A poor opening four games, however, that saw them win one, draw two and lose one saw their title odds drift to +1400, but that could be a blessing in disguise because a bet now would yield more value and I do honestly believe they will finish above Real Madrid this season, although above Barcelona may be a tad too much.