Here is the best parlay bet for Tuesday night, with odds courtesy of BetOnline. 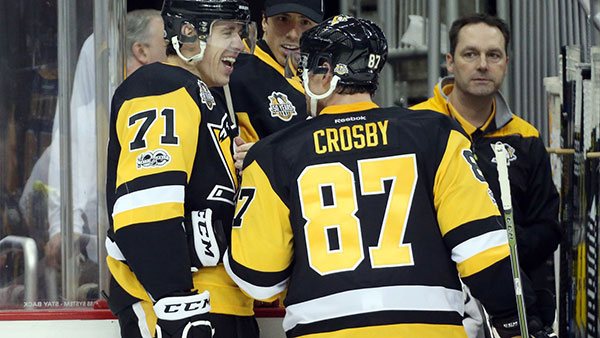 Things in the Metropolitan Division are heating up with the playoffs right around the corner. The Penguins can inch closer to locking down second place and potentially home-ice advantage on Tuesday night when the defending Stanley Cup champs host the Columbus Blue Jackets.

The Pens — winners of two straight — enter action on Tuesday as -153 favorites on home ice, where the club have only lost six games all season long. The Blue Jackets, who are stumbling down the stretch with back-to-back defeats, are enticing +138 underdogs.

The Pens continue to be the hottest offensive team in the NHL thanks in part to captain Sidney Crosby, who leads the league with 43 goals heading into action on Tuesday. The Penguins are also playing to a 50.36 Corsi — an enhanced statistic that measures shot differential at even strength play.

This is the fourth and final meeting between these two divisional rivals. In three previous clashes this year, the Jackets have posted a 2-0-1 record.

This is going to be a track meet on ice so take the over and pick the Pens to cover the -1.5 line on the spread. 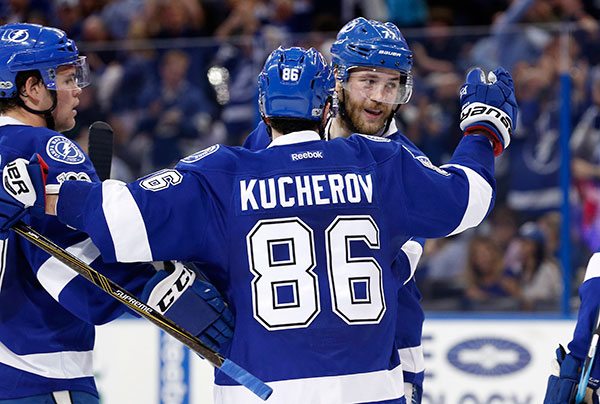 The Bruins look unstoppable heading into a crucial matchup against the Lightning — another team looking to lock down a playoff spot in the tight Eastern Conference standings.

The Bruins, who have put together a five-game winning streak, will look to make it six in a row on Tuesday as -173 favorites at TD Garden. The Lightning, who have won six of their last 10 games, are chasing the Bruins, Ottawa Senators and Toronto Maple Leafs for a post-season spot. The Bolts head to Beantown as intriguing +156 underdogs.

On average, the Lightning have allowed more shots per game that they generate. That’ll have to change against a Bruins team backstopped by Tuukka Rask, who holds an eighth-best 2.31 goals-against average this season.

The head-to-head matchup over the last 10 meetings between the two Atlantic Division rivals is split right down the middle, with both the Bruins and Bolts winning five games apiece.

The total goals projection for this contest has been set at 5.5, but don’t expect a high scoring match this late into the season. Expect a tight-checking game with the Bolts coming out on top. 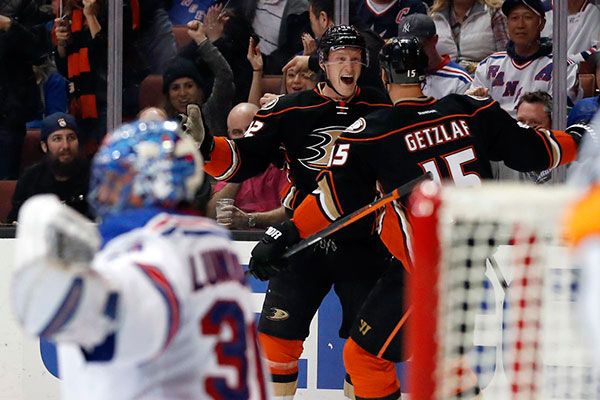 The playoff picture in the Pacific Division may be set in stone, but teams are still battling for positioning. That includes the Anaheim Ducks, who can inch closer to securing the division crown with two points in a crucial matchup Tuesday against the visiting Calgary Flames.

The Ducks are 7-0-3 in their last 10 and head into Tuesday’s contest as -140 favorites at the Honda Center, where the club has only dropped eight games all season long. The Flames, who have also clinched a playoff spot, are compelling +127 underdogs as the road team.

Anaheim’s success this season isn't built on offense. The club is averaging 2.65 goals per game, which ranks 19th overall.

The head-to-head history over the last 10 games hasn’t been much of a contest, as the Ducks have won nine of those matchups during that stretch.

Don’t expect these clubs to surpass the total goals projection of 5. However, the Ducks will once again come out on top, but they won't cover the -1.5 spread.