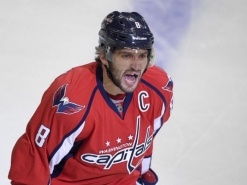 Phil Housley is in the Hockey Hall of Fame. He played 21 NHL seasons with eight different teams. For years, Housley held the marks for points and games played by an American-born NHL player. And yet, ask any NHL player and they’ll frankly tell you they want nothing to do with a career that is comparable to the one assembled by Housley.

That’s because Housley – currently an assistant coach with the Nashville Predators – holds the NHL record for most career games played (1,495) without winning the Stanley Cup. There are several players in this year’s playoffs who’ve also endured through long careers with a Stanley Cup win.

When it comes to winning the Stanley Cup, better late than never is always an adage that applies. And no one waited longer to sip champagne from Lord Stanley’s mug than Hall of Fame defenseman Raymond Bourque. Bourque played 22 seasons and 1,612 NHL games before finally winning the Stanley Cup with the Colorado Avalanche in 2000-01, his second season with the Avs after twice losing in the Cup final with the Boston Bruins. When NHL President Gary Bettman presented the Cup to Avs captain Joe Sakic, he immediately turned and handed the storied silver chalice off to a deliriously happy Bourque.

And then there were ones - three of them. Three NHL division winners - the Washington Capitals (Metropolitan), Vegas Golden Knights (Pacific) and Tampa Bay Lightning (Atlantic) - are in the Stanley Cup final four, joined by the Winnipeg Jets.
Read this article
Betting Picks - 11/04/18
NHL Playoffs 2018 First-Round Series Predictions: Nashville Predators Prey On Silver Mug

It just wouldn't be the Stanley Cup playoffs without some intriguing storylines to make it more compelling, and this spring is no exception. The Nashville Predators look to win their first Cup, the Pittsburgh Penguins seek their third straight title, and the surprising Vegas Golden Knights look to be the inaugural first-year expansion team to win it all. And what should we make of the perennially-contending Washington Capitals?
Read this article
Betting Picks - 24/03/18
NHL Picks Parlay: Leafs Winging it Toward Playoffs

There was a time when the Detroit Red Wings were the NHL's dominant franchise, and the Toronto Maple Leafs were mostly also rans at best. Today, it's the Wings, at the Air Canada Centre to face the Leafs on Saturday, who will miss the playoffs for the second straight season, while the Leafs look to be serious Stanley Cup contenders for the first time in nearly two decades.
Read this article
Betting Picks - 24/02/18
NHL Picks Parlay: Boston Bruins, New Jersey Devils, Set New Tack

All good things come to an end, as do bad things, which the Boston Bruins and New Jersey Devils were happy to recently discover. Boston ended a six-game losing streak against the Toronto Maple Leafs, while the Devils got the better of the New York Islanders for the first time in five games. As these match ups arrive once more on the NHL schedule, will they revert to old form?
Read this article
Betting Picks - 17/02/18
NHL Picks Parlay: Capitalizing On Chicago's Plight

In a free fall out of playoff contention, the Chicago Blackhawks have lost eight games in a row, and things don't figure to get any easier for the Hawks with the Washington Capitals in town. The Caps have won three straight from the Blackhawks by a combined score of 15-4. They've also taken seven of their eight seven meetings from Chicago, and two of the last three at Chicago.
Read this article