Their Kind Of Town 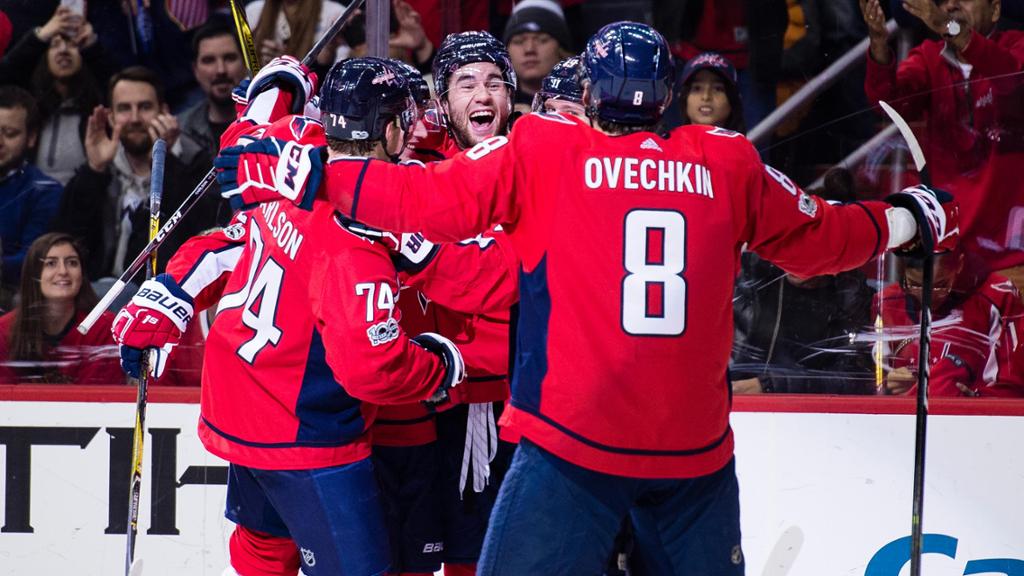 The Washington Capitals don't beat the Chicago Blackhawks like a drum, they roast them like a chicken. In the last two meetings between the Capitals and Blackhawks, Washington has won by 6-2 and 6-0 verdicts. Capitals captain Alex Ovechkin shows 1-4-5 totals in those two games, while center Nicklas Backstrom owns 2-3-5 numbers. Washington's seven victories in eight games over the Blackhawks include two at the United Center, four at the Capital One Center and one at Nationals Park during the Winter Classic.

Ever since Phil Kessel was dealt to Pittsburgh by Toronto and won two Stanley Cups, Penguins-Leafs matchups have grown more intriguing. The Leafs have enjoyed success against the Pens, with three straight wins. One of the last places anyone from Florida wants to be this time of year is in Calgary, so no wonder the Flames have won four in a row from the Panthers.

We like all these games in a three-team NHL parlay based on odds provided by Bovada.

Ovechkin has proven to be consistently dominant against the Blackhawks, posting 8-5-14 totals in 15 career games versus Chicago. Caps goalie Braden Holtby is 8-2 against the Hawks. Washington has grabbed three of four points from the first two games of their four-game road trip. Not only are they 0-7-1 in their last eight games, the Blackhawks are 0-6-1 in thier last seven home games and have been outscored 26-11. Chicago's power play sits 29th in the NHL at 15.9 percent. 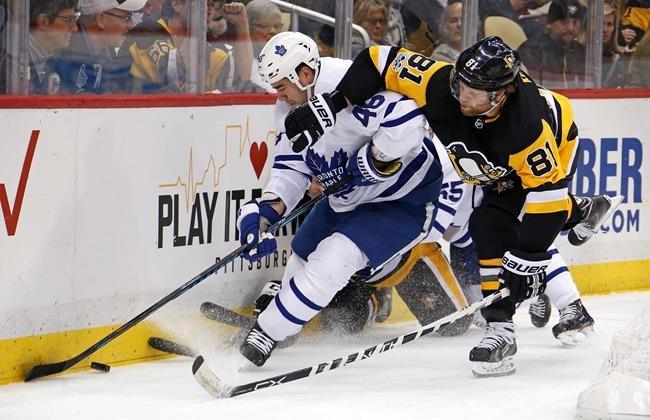 The two-time defending Stanley Cup champion Penguins are rolling. Captain Sidney Crosby (31 points) and Evgeni Malkin (30) are 1-2 in NHL scoring in 2018, with Kessel (24) not far off their pace. Pittsburgh has won 10 in a row at home but the Leafs are also rolling, riding a five-game winning streak with nine wins in their last 10 games. Pittsburgh's power play leads the NHL at 26.6 percent, but is just two for its last 15. Leafs defenseman Jake Gardiner left their last game with a muscle spasm in his leg but is expected to play.

With Michael Smith (lower body injury) on the shelf, Calgary's goaltending is in the hands of David Rittich, who delievered by beating the defending Western Conference champion Nashville Predators on the road Thursday. The Flames locked up pending UFA F Mikael Backlund to a six-year, $32.1 million contract. Flames F Matthew Tkachuk has four goals in four games. Panthers G Roberto Luongo, out since Dec. 4 with a groin injury, will return to action in this game. Florida has won six of its last seven games.

For as long as there's been pitchers, catchers and hitters, there's also been a theory that being is first place on July 4 is vital if a victory is the objective of a team in the MLB World Series odds. Is there are validity to this theory, though? Should baseball bettors buy into it? Are they to be putting their future book World Series wagers on teams that were atop their division on July 4?

By invitation only, the Haskell at Monmouth rates behind only the Triple Crown races in stature for this age group. A victory in the Haskell Invitational guarantees the winning horse entry into the season-ending Breeders' Cup championship races.