Predators on Brink of History

Blues down to their last life

The Nashville Predators have never reached the Western Conference final before. The Anaheim Ducks and Edmonton Oilers have yet to win a home game in the second round. Will these two elements change in Game 5 of their respective series? A look at the skinny on these tilts, based on odds provided by Bovada.lv: 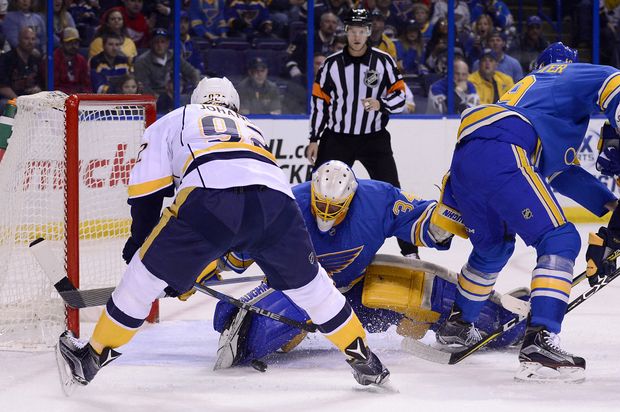 When you see negative odds on a visiting team, especially for a postseason game, well that tells you how well the Nasvhille Predators are playing in the Stanley Cup playoffs.

The Preds are 8-1 overall when on the brink of wrapping up a series.

He doesn't get much mention, if any at all, when it comes to the Conn Smythe Trophy future book but perhaps it's time to consider a wager in that regard on Predators defenseman Ryan Ellis. In Game 4, Ellis scored for the third straight contest to extend his point streak to seven games. Ellis matched the franchise record for longest point streak in the postseason, set by Colin Wilson in 2016.

Ellis became the first defenseman on any team to record a seven-game point streak in the postseason since Chris Pronger of St. Louis and Jason Woolley of Buffalo in 1998. Ellis established a franchise record for goals in a single postseason by a defenseman and tied the Predators benchmark for most points by a blueliner, set by Roman Josi in 2016, when he put up 1-8-9 numbers.

Nashville goalie Pekka Rinne made 32 saves to improve to 7-1 in the playoffs, including three shutouts. Rinne's .953 save percentage is the highest posted by a goalie in the Stanley Cup playoffs since the stat was first recorded during the 1983-84 NHL season.

The Blues are getting their shots, including a playoff-high 33 in Game 4 but are they taking their best shots?The Blues are averaging a paltry 2.11 goals per game in the postseason, worst among the eight remaining teams in the hunt for the Stanley Cup.

The playoffs are all about dirty goals but St. Louis isn't generating many in-close chances against Rinne and the Blues haven't scored a single deflection tally. But St. Louis did score six goals on home ice at the Scottrade Center in the first two games of this series.

After going under in both games at Nashville expect more goals in St. Louis. The total is set at five. The Blues and Predators went over that in Game 1, while Game 2 was a push. Play the over at +105. 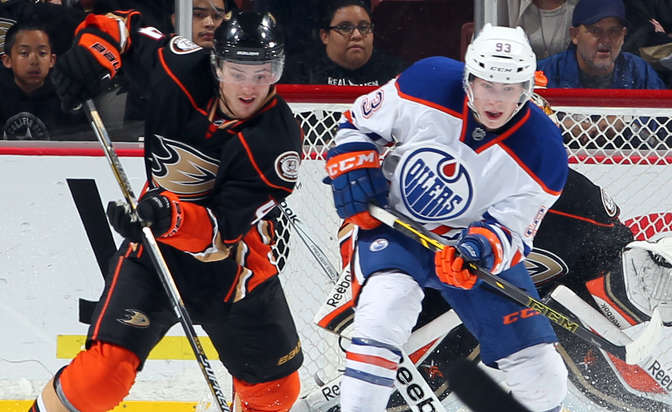 The Oilers responded to their poor start in Game 3 by unleashing a fanastic first-period effort in Game 4, and then they went right back into their cocoon. Up 2-0 and dominant after 20 minutes, the Oilers shifted into neutral and allowed Anaheim to take control of the game and rally for the win. That brings everyone back to the Honda Center all tied at 2-2 and with both home teams still winless in the series.

Experience carried the day. It was Ducks captain Ryan Getzlaf who took control and schooled the young Oilers in the ways of the Stanley Cup, figuring in all four goals in Anaheim's 4-3 overtime win, as the Ducks rallied from a 2-0 first-period deficit.

Edmonton didn't learn its lesson in Game 3, and now the Oilers have squandered home-ice advantage. Will they squander more than that?