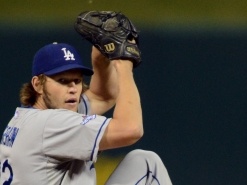 It’s often said of the Major League Baseball season that it is a marathon, a 162-grind to the finish line that can challenge even the most ardent seamhead’s ability to remain focused. So why not invest in some of these MLB prop bets to keep you entertained and interested during those dog days of summer? You can place a wager on the major awards, predicting your winner of the MVP and Cy Young Awards in both the American and National Leagues. Or maybe you want to narrow your focus down to indivdual stats, such as home runs or pitcher wins. If you seek to wager on it, odds are you’ll find a prop bet on it at Bovada.lv.

Playing prop bets requires patience but at the end of the season if you make the correct choices, your patience will rewarded with a handsome return on your wager. Consider the case of Rick Porcello. Would you have backed the Boston Red Sox hurler to win the American League Cy Young Award a year ago?

If you did, you were smiling all the way to the bank in November, when he was announced as the winner following a season in which Porcello went 22-4. At the start of the season, Porcello was listed at +20000 to win the AL Cy Young. Were you to have placed a $100 bet on Porcello to win the award, you would have taken home a cool $20,000 at season’s end.

What’s wrong with Bryce Harper? It was one of the most frequently asked questions last season of the unanimous 2015 NL MVP. Kris Bryant of the World Series champion Chicago Cubs ran away with the 2016 title, as a nagging right shoulder injury to Harper took him right out of contention. But not this year.
Read this article
Betting Picks - 22/07/17
2017 AL MVP Vegas Top Picks

He’s a rookie. He’s a Yankee. And he’s an absolute monster at the plate. Aaron Judge capped off an incredible first half of the 2017 MLB season with a barrage of long balls in the Home Run Derby before the 88th All-Star Game earlier in July. Las Vegas oddsmakers now have the 25-year-old as the prohibitive favorite to win the AL MVP award.
Read this article
Betting Picks - 28/06/17
Best MLB Parlays

What's better than hitting on a winner? Well, how about hitting on a whole bunch of winners together? Play this Major League Baseball four-game parlay on Thursday's action and your could be smiling with a much fatter wallet by day's end.
Read this article
Betting Picks - 02/10/15
Weekend MLB Series Preview: Chicago Cubs Vs. Milwaukee Brewers

It's the last regular season weekend for the MLB - queue sad music - but that is alright as there is still a chance to catch some great baseball and make some even better bets. The Chicago Cubs travel to Milwaukee to wrap up their season, with a chance to host the Wild Card game with some wins and a bit of luck. First pitch is scheduled for 8:10pm EST.
Read this article
Betting Picks - 30/09/15
Thursday Night Baseball Preview: Los Angeles Angels Vs. Texas Rangers

With all sorts of playoff implications on the line, the first game in this pivotal American League West series is about as important as they come. With first pitch at 8:10 EST in Texas, the Los Angeles Angels and Texas Rangers begin a four game series that will most likely decide the 2015 AL West winner.
Read this article