The last two seasons have seen near unanimous selections for NL MVP. Harper swept the voting in 2015, Bryant got all but one first-place vote in 2016. As the pennant races heat up late into summer, both players will be counted on to post big numbers at the plate and on the field.

Let’s take a look at some of the top contenders (odds provided by betonline):

Bryce Harper, Washington (-120) — Now injury free, the Nationals’ superstar is having a career year. The 24-year-old has 24 homers and 73 RBIs to go along with a career-high .337 average. His lifetime batting average is .286. It also helps that Harper plays with the National League East Division runaway leaders and is surrounded in the lineup by other MVP contenders, like Daniel Murphy, Ryan Zimmerman and Anthony Rendon. Harper, who hits third in Washington’s batting order, deserves to be the odds-on favorite to capture the MVP crown. It is his title to win or lose. 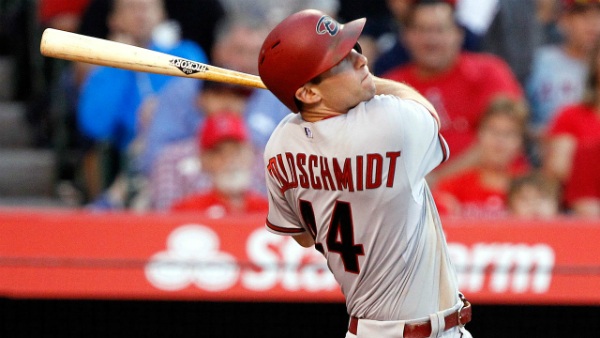 Paul Goldschmidt, Arizona (+400) — The Diamondbacks’ all-star is just a really good, consistent player that every team would love to have as their first baseman. The cleanup hitter finished 11th in 2016 MVP voting and second in 2015. A career year is within reach this season for Goldschmidt, and it would take one to beat Harper. The 29-year-old is hitting .311 with 21 homers. The one category which sets him apart from Harper is stolen bases. Goldschmidt had a career high 32 swipes last season and he’s on pace for 25-plus this year. 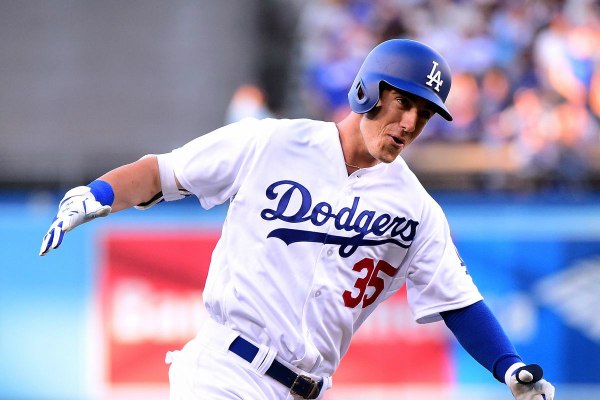 Cody Bellinger, Los Angeles (+1800) — Here’s another rookie making a lot of noise. Like Aaron Judge in the American League, Bellinger is letting his bat do the talking. The Dodgers’ first baseman has smashed 26 home runs in his first year with the team with the best record in baseball and he has already found a home in the cleanup spot. The 22-year-old is hitting .270 for the season, with 63 RBIs. Sure, these are not MVP numbers. But at the end of May, Bellinger was hitting .245 with 11 home runs. Today, he is quickly making a name for himself.

Kris Bryant, Chicago (+3300) — The defending MVP champion is not having the year he has last season. But how could he? The Cubs’ third baseman, in just his second season, hit .292 with 39 home runs and 102 RBIs as Chicago finally ended a 108-year drought and won the World Series. This year, the 25-year-old is hitting .275 with 19 homers, but his run production has dropped to just 40 RBIs. The Cubs will need a lot more production out of Bryant, who bats second, if the team is to make another push into the playoffs. Even with a strong second half, it likely won’t be enough to help him defend his crown.

The Cubs need Kris Bryant and Anthony Rizzo to drive in runs and help the team win ballgames as Chicago fights for a playoff spot, not worry about hitting home runs. Both players have never hit 40 homers in a season (odds provided by topbet).

Prediction — They won’t this year either.