With all of the games on the slate every day in Major League Baseball, it's a sport that just lends itself favorably to parlay wagering. Check out this Thursday parlay, with odds provided courtesy of BetOnline.ag. 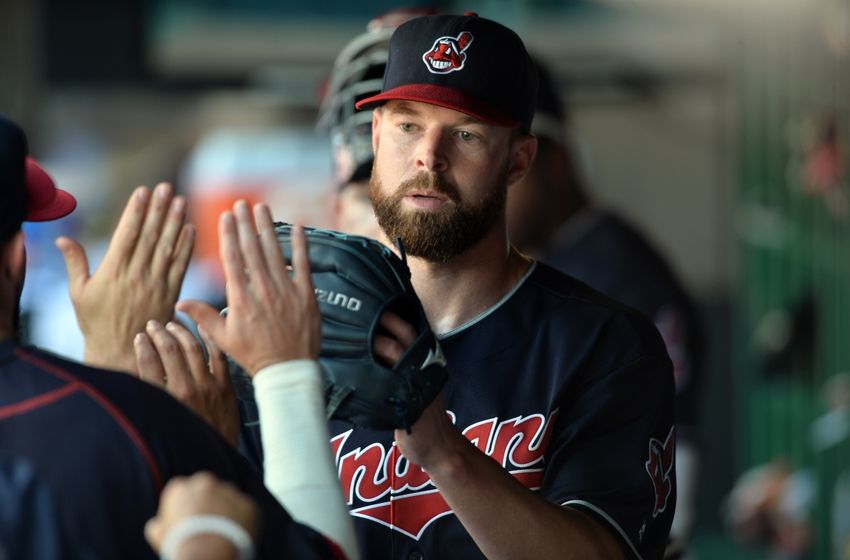 No pitcher has been hotter during the month of June than Cleveland's Cory Kluber.

The 2014 American League Cy Young Award winner is 3-0 with a 1.29 earned-run average so far in June. Kluber fanned a season-best 13 batters in his previous start for the AL Central leaders, and has not surrendered an earned run in his last 21 innings of work. Kluber's 2017 WHIP of 1.051 is actually below his career average of 1.130.

Opposing Kluber will be Andrew Kashner, who will be activated for this game after spending over two weeks on the disabled due to an oblique strain. His last start was June 14, and in that one, Kashner was roughed up by the Astros for four runs and 10 hits in four innings. 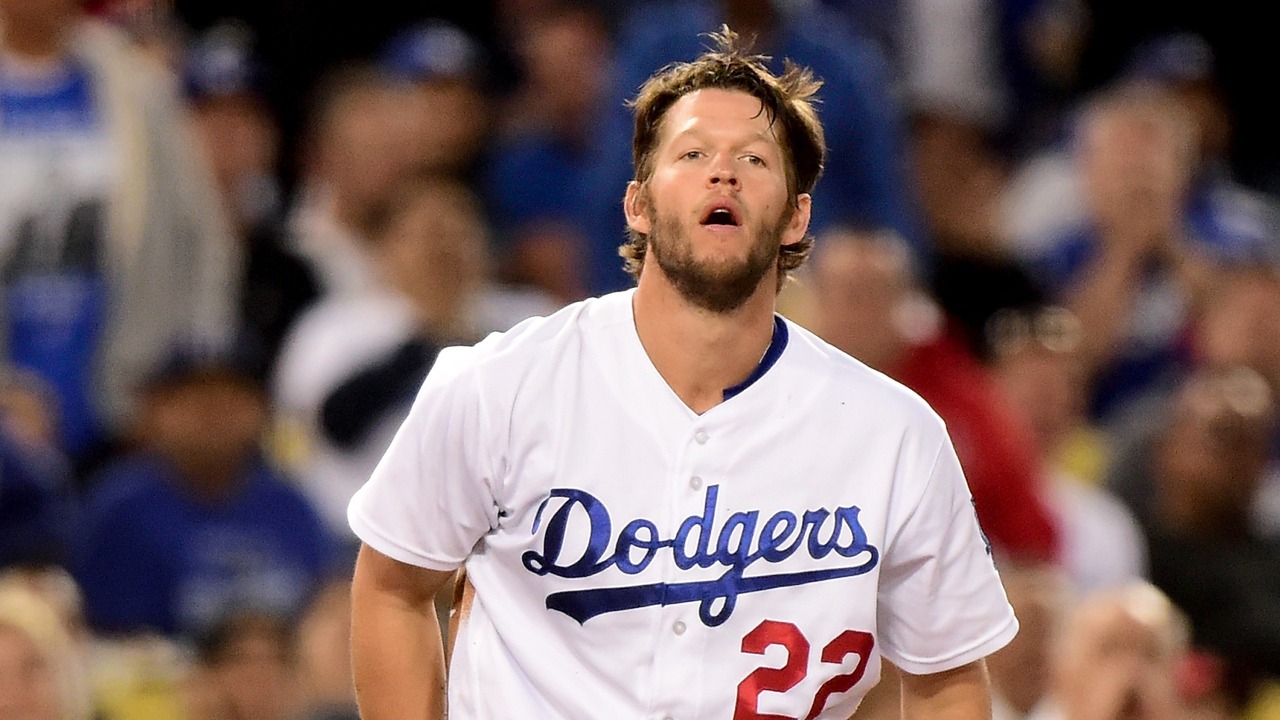 The battle of L.A. also presents you with a pitching mismatch to exploit. Three-time National League Cy Young Award winner Clayton Kershaw could be on his way to another one. He's 11-2 so far with a 2.47 ERA and the Dodgers are 14-2 in Kershaw's 16 starts.

Kershaw has won seven in a row, including his last five road decisions, and the Dodgers have won each of his last 10 starts. Another interesting Kershaw stat - he's 93-0 in his career when the Dodgers score four or more runs for him.

Converted reliever J.C. Ramirez has proven to be a very serviceable fifth starter for the Angels, posting a 7-5 slate with a 4.38 ERA. But he's 0-3 as a starter at home and is 1-3 with a 5.10 ERA overall at home. The Angels continue to play without two-time AL MVP Mike Trout, on the DL since May 28 after undergoing surgery to repair a torn UCL and a dorsal capsule in his left thumb. 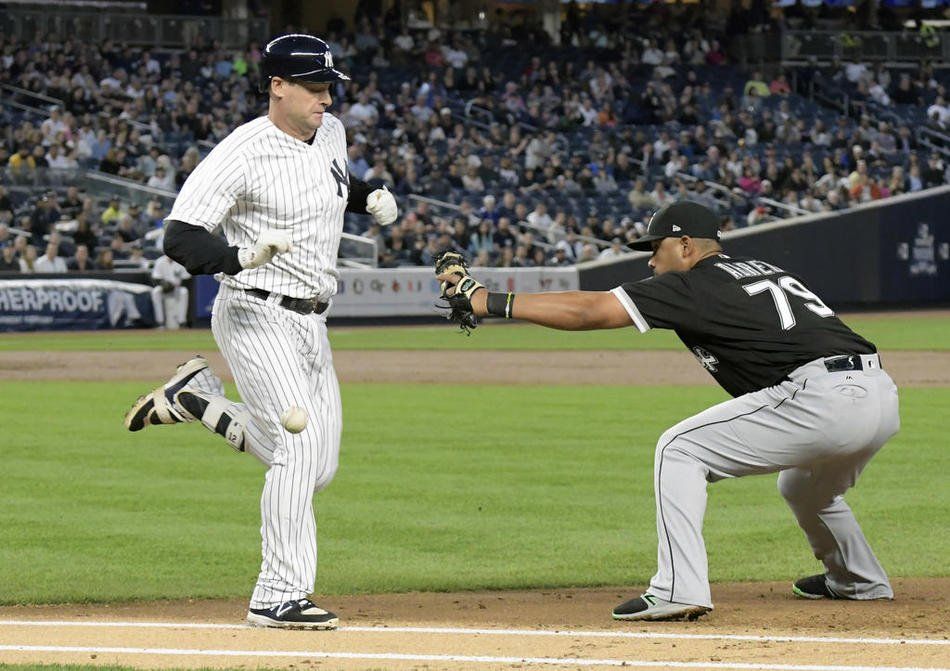 The play here isn't which one will win as much as it is how much? The total offered on this Yankees-ChiSox tilt is 10.5 and while that seems like a lot, you'll want to hit the over.

The Yankees send rookie Luis Cessa to the hill for the third time in place of the injured C.C. Sabathia and so far, Cessa is 0-2 with a 6.57 ERA. He's surrendering 2.2 home runs per nine innnings and the Yankees have given up 12 runs in his two starts. 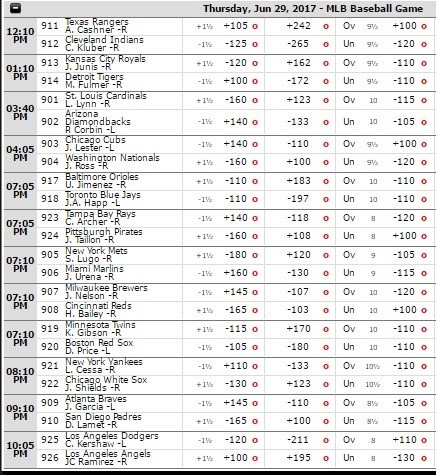 Toeing the rubber for the White Sox will be veteran James Shields, who's just returned from a stint on the DL and got roughed up for six runs and three home runs in six innings in his previous start. Last season, Shields served up an MLB-leading 40 homers. 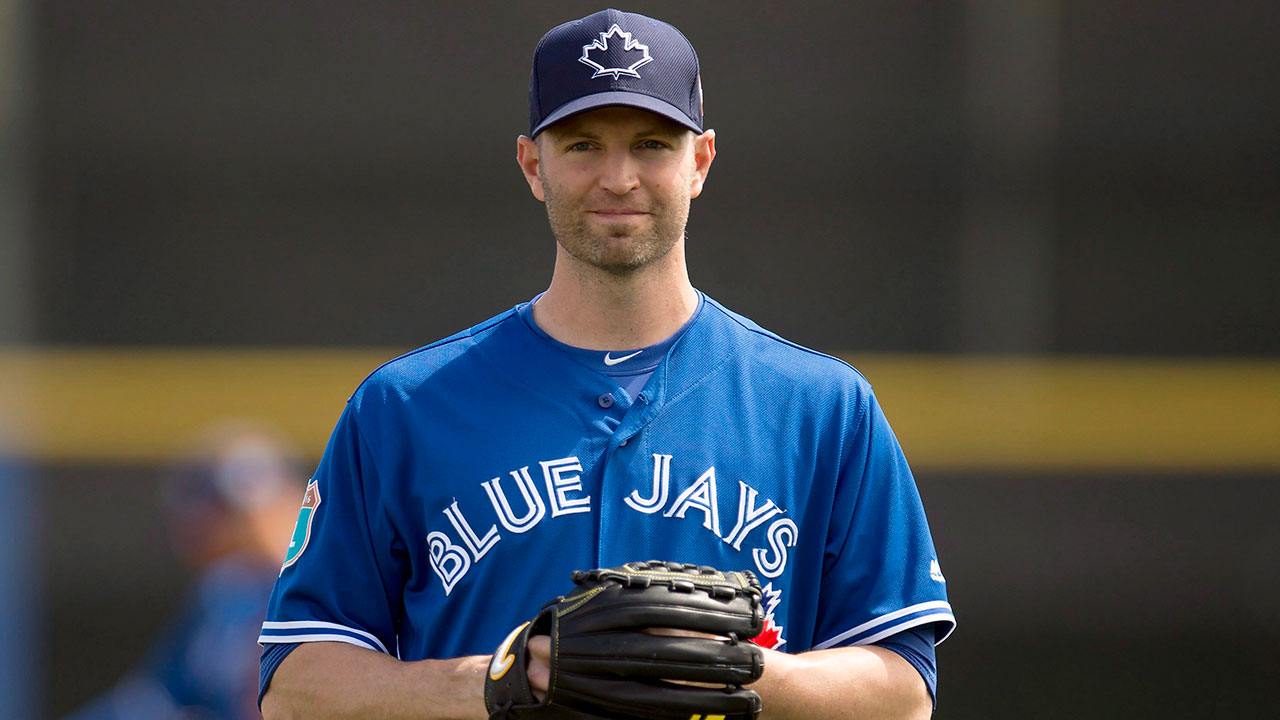 A rematch of the 2016 AL Wildcard game, the Orioles lost that one and look to be in trouble here as well. Inconsistent Ubaldo Jiminez takes the ball for Baltimore. The O's are 1-7 in his last eight starts and he hasn't won on the road since April 19.