Who To Back On The Hard Court

Though the Toronto Raptors should be able to tighten things up after their letdown loss to the Washington Wizards on Wednesday night, this game still belongs to the home team.

The Wizards have been basically unbeatable in Washington over the last two-plus months, and the only reason they didn't win by more than nine points in Toronto on Wednesday was because of garbage-time laziness. This game probably won't reach a similar stage; it should be closer than the 24-point gap that existed at one time.

But the Raptors are still without Kyle Lowry and don't have the backcourt personnel necessary to slow John Wall and Bradley Beal. Oh, and by the way, the Wizards pummeled the Raptors last time around despite Wall turning in a lackluster scoring performance. That's not going to happen again.

All signs point to a decided victory for Washington.

With superstar rookie Joel Embiid ruled out for the rest of this season, the Philadelphia 76ers are officially in tank mode, even if they're not actively avoiding wins. It's hard to pass up a 1.5-point spread against them even when the opposing squad is the New York Knicks.

Philly beat New York on its own turf without Embiid just last week. But the Knicks are working off an impressive win over the Orlando Magic and held a huge lead during that game.

Plus, Carmelo Anthony and friends haven't won consecutive contests since Dec. 20 and 22—more than two months ago. They're overdue for a super-miniature winning streak. 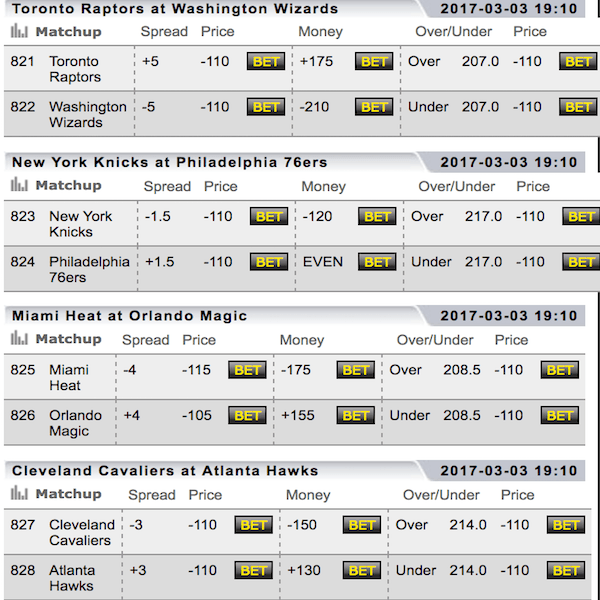 The Miami Heat remain one of the hottest teams in the NBA, while the Magic are coming off a loss at home to the Knicks. This isn't a hard situation to deliver a verdict on.

Aaron Gordon gets more time at power forward this side of the All-Star break, and that could pose problems for the Heat. But Goran Dragic has been spectacular, as have the shooters with which Miami has surrounded him.

Most importantly, the Heat's defense has been wonderful. They shouldn't have any problems gumming up the execution of what ranks as one of the NBA's worst (and clunkiest) offenses.

You should have long since given up about predicting which version of the Atlanta Hawks you're going to see on any one night. Even if you haven't, it doesn't matter here. The best possible version of the Hawks is clearly inferior to the Cleveland Cavaliers.

Indeed, the Cavaliers are working off a nail-biting loss to the Boston Celtics on Wednesday night. They also still don't have Kevin Love or J.R. Smith in the lineup. On top of that, they're trying to incorporate two new bodies, Andrew Bogut and Deron Williams, into the fold. Even bench-mob additions result in a learning curve.

Nevertheless, with such a small spread at play, it behooves us to roll with the LeBron James. Chances are he and the rest of the Cavaliers want to make a statement after that loss in Boston. 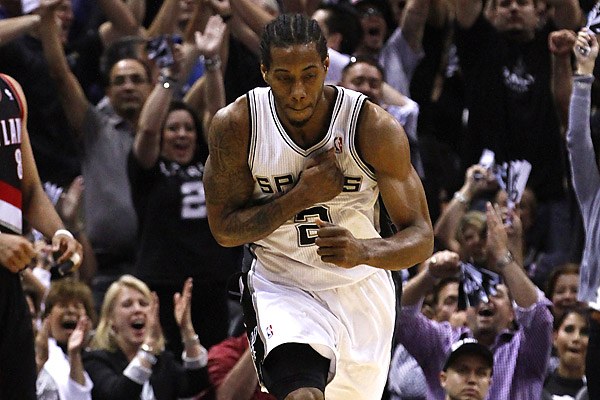 The San Antonio Spurs have done a crummy job covering spreads in recent weeks, and the New Orleans Pelicans have to secure a win with an active DeMarcus Cousins at some point.

Still, the Pelicans haven't yet figured out how things work on offense between Anthony Davis and Cousins. This particular game has "Spurs victory" written all over it—particularly when San Antonio remains the best road team in the league.

While betting on your favorite team is often a bad idea, there is some merit in this particular betting endeavor. You know your team like the back of your hand, more so than any of the sportsbooks do. Use that to your advantage and bet on your favorite team wisely, and when the opportune moment presents itself.