How To Bet On US Soccer Team 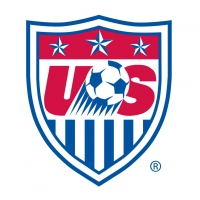 With the Olympic Games in Rio de Janeiro only months away and the FIFA World Cup coming up in 2018, American soccer fans have a lot to look forward to. As the U-23 team looks to earn a spot in the Olympics, the US national team will be preparing for other major competitions like the Copa America and the 2018 FIFA World Cup. Either way, there is plenty of action ahead if you're a sports better and you would want to have a good idea about the pulse of Team USA.

How To Bet On US Soccer Team

To make a good bet on the US national soccer team, what you need is some solid knowledge about the team and what is in store for them ahead. We have you covered on all facets.  [+]

On the international stage, the United States national soccer team isn't commonly recognized as an elite team. However, in North America, fans for the two decades have had a national team to truly be proud of. Team USA hasn't won any championships at the international level, such as the Olympics or the FIFA World Cup and nor has it come close to one. Nonetheless, in North American competitions such as CONCACAF, the team has performed so well that even fourth place seems out of the norm.

US Soccer National Team Next Game

Odds for a team can vary significantly depending on the opponent ahead, so be sure to regularly stay tuned to who the team will be playing next as it could make all the difference.  [+]

For its next game, the US national soccer team will travel on the road to Guatemala as part of the fourth round in the World Cup qualifiers. The United States and Guatemala last faced off in July last year in a friendly match, where the US came out on top 4-0.

Both of these teams also play in the CONCACAF, where the United States has won five championships since 1991 while Guatemala's performance at best was only fourth place. While it is by no means certain that United States will win the upcoming game, the records do speak for themselves.

Checking out a team's schedule is crucial in making informed bets. The list below details all the opponents the US faces ahead. Can you guess the outcome of their next match? [+]

In light of the 2018 FIFA World Cup, it is not uncommon for US fans to look back at highlights of the 2014 competition. While the United States didn't advance very far that year, it was nonetheless one of the most memorable moments for the team and its supporters. The 2014 World Cup was the first time in team history that the United States made back-to-back appearances in the knockout round. Albeit a loss to Belgium, the knockout round did see goalkeeper Tim Howard make a World Cup record of 15 saves.