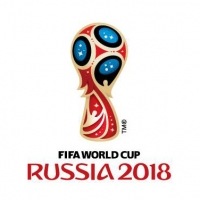 Founded in 1930, the FIFA World Cup, usually simply called the World Cup, takes place every four years and is the most-watched soccer competition in the world. The game’s best players are showcased on the biggest stage, making for some exhilarating soccer matches that are ripe for betting on. There have been 20 World Cups to date (there should have been 22 but the 1942 and 1946 editions were cancelled because of the Second World War. [+]

Eight different teams have won the World Cup, the most successful being Brazil who have won the coveted trophy five times and are the only team to have appeared at every World Cup to date. The reigning champions are Germany, who defeated Argentina 1-0 in Brazil in 2014, their fourth World Cup win, the same number of victories as Italy.

Those of you who love betting on soccer will find no better competition to places wagers on thanks to being able to bet on World Cup qualifying matches and then the finals themselves. The qualifying matches, for example, are perfect for parlay bets due to them pitting relative minnows of the soccer world against the giants.

The best World Cup betting lines can be found in the table below. Check out the latest and best World Cup odds for individual games and place your wagers before the odds drift either way.

What Are The World Cup Standings

There are two types of World Cup standings, those from the qualifying stages and those from the groups at the finals. There’s so much to keep track of so let us be your guide.  [+]

You will find both World Cup standings here on this very page once the qualifiers kick off then the group standings when the 2018 World Cup gets underway. They say the table does not lie when it comes to soccer, but where world soccer is concerned, there is rarely what would be considered an easy game.

How To Bet on The FIFA World Cup

The 2018 FIFA World Cup is set to take place in Russia from June 14 through July 15 and is the first time a World Cup has been held in the area of the former Soviet Union, which means Russia do not have to qualify for the finals. While Russia is a powerful sporting nation, its soccer team is far from stellar so do not expect them to be lifting the trophy at the Luzhniki Stadium during the summer of 2018.

Online sports betting sites very rarely get their predictions wrong so pay close attention to the latest betting lines published on this site. It is worth noting that aside from Brazil (1958 and 1962) and Italy (1934 and 1932) no team has successfully defended the World Cup, which means Germany have their work cut out in 2018.

Also, only Brazil and Argentina are the only nations to win a World Cup outside of their continental confederation, going to show that the climate and way of life has a major bearing on results in World Cup finals.

Furthermore, no African team has progressed further than the quarter-finals, and only the only non South American or European team to reach the semi-finals are USA (1930) and South Korea (2002). Factor these fact in before making a World Cup bet.