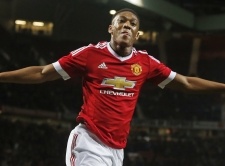 The 2017-18 UEFA Europa League is the 47th season of Europe’s secondary club soccer tournament and the ninth season since it was rebranded from the UEFA Cup to the Europa League; the final will be held at Olympique Lyonnais’ Decines-Carpieu stadium. A total of 190 teams from all 55 UEFA member associations will compete in this season’s competition, although only 48 will make it through to the group stage. Reigning champions Manchester United will not defend their title unless they finish third in the UEFA Champions League group.

Some of Europe’s best-known clubs are set to battle it out for the Europe League trophy, including Arsenal Everton, AC Milan and Lazio, Villarreal, Athletic Bilbao and Real Sociedad.

Finding the best Europa League futures betting lines is simple. All you have to do is pick one of the most reputable sportsbooks around, all of which are featured below. Futures lines will most definitely move during the competition, so make sure you have a look every so often to make sure you're not missing the best value.

Who Will Win The Europa League?

Although the groups are yet to be decided, William Hill has some early pre-tournament betting lines for you to wager on. Please be aware that these odds are likely to fluctuate a lot when the groups are announced depending on which teams are drawn together.

Arsenal: +700 to win the Europa League

Arsenal will compete in the Europa League for the first time since the 1999-2000 season as they missed out on qualification for the Champions League. ‘The Gunners’ go into this season’s Europa League as the pre-tournament favorites with odds of +700.

The 2016-17 league campaign was disappointing for Arsenal and you can rest assured manager Arsene Wenger will be pulling out all of the stops to win the Europa League this season. Arsenal have a wealth of talent in their ranks, even though Alexis Sanchez and Mezut Ozil have been linked with moves away from the Emirates.

Arsenal last played in the then UEFA Cup in 2000 after they were eliminated from the Champions League. They went on to reach the final where they lost 4-1 on penalties to Galatasaray after a 0-0 draw. I would fully expect Arsenal to get to the final where they are likely to meet a fellow giant in AC Milan or Lazio unless they somehow meet earlier in the competition.

Pick: Arsenal to win the Europa League at +700

AC Milan may have won the European Cup / Champions League seven times in their history, but they have never got their hands on the UEFA Cup / Europa League title. They came close in 2001-02 when they reached the semi-finals but the trophy still eludes them.

Milan finished a rather disappointing sixth in Serie A and only qualified for the Europa League by a single point. Gone are the days when Milan used to sweep away the opposition, but it would be dangerous to write off their chances because they are, on paper at least, a much better team than the vast majority of those in this season’s Europa League competition.

Much of their success will depend on the recruitment this summer. They need to keep hold of Carlos Bacca who scored 13 goals in 32 league appearances last term, and also Gianluigi Donnarumma, the teenage goalkeeper who is being linked with a move from the San Siro.

If they can keep their best players and perhaps add one or two new faces, Milan should be Arsenal’s biggest threat for Europa League glory.

With the final being held in the home of Lyon, you can bet your bottom dollar that the French team will want to get to the Europa League final where they will enjoy home advantage.

Lyon reached the quarter-finals of last season’s Europa League, falling at the hands of Besiktas 7-6 on penalties after their two-legged match ended 3-3.

While Lyon fans will argue they are not a one-man team, if they lose the services of Alexandre Lacazette they are unlikely to go far in the Europa League this season. Lacazette scores 28 goals in 30 games in the league and eight in 14 appearances in Europe during 2016-17. If he stays at Lyon, they may be worth a little bet. If he leaves the club, Lyon have no chance at all.

Everton have qualified for the Europe League for the first time in four seasons; the last time they qualified they reached the Round of 16.

Under the guidance of Ronald Koeman, Everton have looked a much better side than in recent years and now that Everton have rich owners, Koeman is likely to be able to strengthen his squad and mount a serious challenge for European glory.

Everton have already recruited goalkeeper Jordan Pickford for £30 million and talented Dutch midfielder Davy Klaassen for £23.6 million, but speculation is rife that Ross Barkley and Romelu Lukaku are set to leave the club. If the latter leaves, Everton could be in trouble because he scored 25 league goals in 37 appearances last season and not one other Everton player scored more than five goals. Keep an eye on Lukaku and if he does leave check who Everton replace him with because Lukaku is Everton’s only real goal threat, without him they will not win the Europa League.

The 2018/19 Premier League is the 27th season of England’s top-flight club soccer competition and it looks set to be a two horse race if the Premier League futures betting odds are anything to base our judgement on. Manchester City are clear favorites, but can a new look Liverpool team cause a major upset and win their first league title since the 1989-90 season.
Read this article
Betting Picks - 29/01/18
Premier League Picks Week 25

The 2017-18 English Premier League returns on January 30 and 31 after a week hiatus for the latest round of F.A. Cup matches. Matchday 25 sees all 20 teams in action, giving you plenty of opportunities to bet, but who will you place a wager on?
Read this article
Betting Picks - 11/01/18
Premier League Picks Week 23

The 2017-18 English Premier League season has reached its 23rd week and it is looking like Manchester City have the title wrapped up. City are 15 points clear at the top of the table, but take on Liverpool this weekend so dropping points is a real possibility.
Read this article
Betting Picks - 28/12/17
EPL Top Goalscorers Watch Week 21

Week 21 of the 2017-18 English Premier League is upon us and the race to win the Golden Boot is heating up. Tottenham Hotspur’s Harry Kane has pulled away at the top of the standings, can anyone catch him?
Read this article
Betting Picks - 25/12/17
Premier League Picks Week 20

Are you looking to make a wager on the fixtures part of Week 20 of the 2017-28 English Premier League season? If so, make sure that you check out our Premier League preview before you part with your hard earned cash.
Read this article