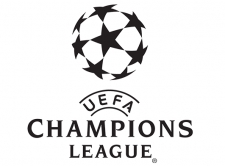 The 2017/18 UEFA Champions League is the 63rd season of Europe’s elite club soccer competition and the 26th season since it was rebranded from the European Champion Clubs’ Cup. This season’s final will be played at the NSC Olimpiyskiy Stadium in Kiev, Ukraine.

Those of you who are looking to find the best Champions League futures betting lines have come to the right place because the table below shows some of the most reputable online sportsbooks available today. Futures lines are constantly moving, especially once the group stage games commence, so it pays to check the current Champions League betting odds to ensure you’re not missing out on the best value bets.

Barcelona were the bookmakers’ favorites for glory last season, but they came unstuck in the quarter-finals when they faced Juventus. Barcelona lost the first leg 3-0 and were then held to a goalless draw in the second leg and unexpectedly bowed out of the tournament.

‘Barca’ are the early favorites to win this season’s competition once again. Their strike force of Messi, Suarez and Neymar is probably the best in world soccer and the club is likely to heavily back new manager Ernesto Valverde in the transfer market to strengthen an already impressive squad. All things considered, Barcelona are likely to live up to their tag of favorites and should go on to win what would be their sixth Champions League title.

Real Madrid are looking to join Bayern Munich and Ajax as the only team to win three consecutive Champions Leagues (Madrid won five titles between 1956-1960) and leading bookmakers seem to believe there is every possibility of this happening.

There has been speculation about Cristiano Ronaldo and Gareth Bale’s future in recent months, which is only going to unsettle the team.

While Bale is an amazing talent, Madrid could cope without him, but Ronaldo has scored 406 goals in 394 games for Madrid including 90 goals in 88 European games. Ronaldo is a talismanic figure and the Madrid squad is going to be unsettled while there is any lingering doubt about where his future lies. Then again, you can never really count this team out, especially in a knockout competition like the Champions League.

Juventus: +900 to win the Champions League

Juventus will be looking to make amends for a poor showing in the 2016-17 Champions League final which saw their usually airtight defence leak four goals to Real Madrid.

Much of Juventus’ chances of glory depends on whether they can keep hold of their biggest stars. Speculation is rife that defenders Leonardo Bonucci and Alex Sandro could be leaving for the English Premier League while Dani Alves has already left the Italian club.

Although I don’t believe Juventus will win the Champions League, at +900 they represent good value, especially as their odds of winning could severely shorten once the group stages are underway.

Chelsea: +1400 to win the Champions League

English Premier League champions, Chelsea, return to the Champions League and looking to win what would be their second title. Chelsea only reached the Round of 16  the last two times they competed, but this current squad could be even better than the one that lifted the 2008 trophy.

Antonio Conte has been promised £240 million to spend on improving his squad and if Conte manages to spend that huge sum of money, +1400 odds on Chelsea winning the Champions League could be the steal of the decade.

Below are the Champions League predictions for the round of 16, as well as who can go all the way and take the title come the end of the campaign. There will be more than a handful of clubs believing they have the firepower and tactical acumen to make it to Madrid in May.

All 32 teams are back in action on Matchday 2 of the 2018/19 UEFA Champions League across October 2-3 and there is some value to be found betting on some of the teams who are playing away from home. This is something of a rarity, but when you read our analysis of three such matches, you’ll easily see why this is the case.
Read this article
Betting Picks - 07/09/17
Champions League Groups Betting

The knockout phase of the UEFA Champions League returns after the winter break with holders Real Madrid looking to retain their trophy. Can Bayern Munich or Barcelona stop them or will an outsider prevail?
Read this article