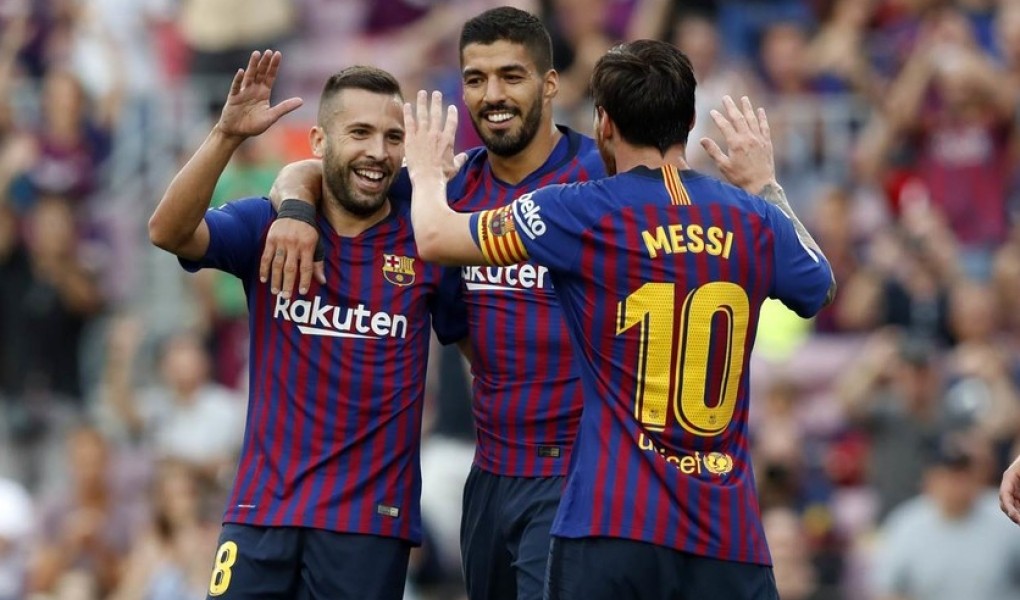 Soccer teams playing at home almost always have a major advantage over their opponents. The home side has the majority of the crowd behind them, has not had to travel far from the game and knows their pitch like the back of their hands.

Placing a winning soccer bet on the away team can be a difficult task, but three games from the UEFA Champions League Matchday 2 stand out and could yield plenty of value.

Three Away Teams To Bet On This Week

FC Barcelona Away to Tottenham Hotspur (+105)

FC Barcelona travel to England for their second Champions League group game where they face Tottenham Hotspur of the Premier League. The Spaniards go into their game at Wembley Stadium as +105 favorites, according to Bovada, with Spurs priced at +255 and the draw coming in at +285.

Barcelona find themselves at the top of the La Liga table, albeit on goal difference, despite an indifferent run of form that has seen them go three domestic league games without a win.The Catalan giants drew 1-1 against Athletic Bilbao on Sep. 29 and only managed to equalize in the 84th minute, although they did rest Lionel Messi for the match.

Spurs have already lost twice in the Premier League this season, once to Watford and once to Liverpool, plus they fell to a 2-1 defeat away to Inter Milan in the Champions League despite leading with only five minutes remaining.

The home side will be without talismanic midfielder Dele Alli as he has a hamstring problem while manager Mauricio Pochettino had admitted he may need to rest defender Jan Vertonghen and midfield general Moussa Demeble who both needed substituting at half-time in their last Premier League game.

Tottenham’s defense has not been as solid as in previous seasons and they face a stern test against a Barcelona side who always seem to perform on the biggest stage. Consider the 2-1 Barcelona victory at +750, too.

PSV Eindhoven have won all seven of their Dutch Eredivisie matches so far this season, but that league is such a poor standard that they could realistically go unbeaten throughout the campaign and win 75 percent of their games.

On the bigger stage, against strong European opposition, PSV seem to come unstuck and the gulf in class is there for all to see. This was particularly evident in their 4-0 defeat away to Barcelona on Matchday 1 of the Champions League. After winning their previous three games 3-0, 6-1 and 7-0, PSV only managed 25.1 percent possession against Barcelona and only mustered one shot on target.

PSV entertain Inter Milan of Serie A in Italy. Inter started their domestic campaign poorly but have since won their previous three games and managed to come from behind to beat Tottenham Hotspur 2-1 in the Champions League.

Inter should have too much class for the Dutch outfit. The sides have only met twice previously, in the 2007/08 Champions League group stages; Inter won both games 1-0 in Holland and 2-0 at home.

There is a chance that PSV will play for a draw, so consider wagering on the Draw No Bet market that prices an Inter Milan victory at -160. This may not be as good value as the outright victory market, but it does give you some protection if PSV decide to put all 10 men behind the ball.

Napoli may be second in Serie A, but that only tells half of the story. They seem to excel against teams who are weaker than themselves, as you would expect, yet they struggle with the teams who are around them, probably because their defense is poor this year.

The Italians have conceded 10 goals in their previous eight games, including shipping three against Sampdoria and three against Juventus, the latter seeing them lose 3-1 on Sep. 29.

This should be worrying for Napoli fans as they prepare to take on a Liverpool team that seems to score goals for fun. The Reds have banged in 20 goals in their opening nine games in all competitions, including putting three past Paris St. Germain in a 3-2 win in their opening Champions League group game.

With Sadio Mane, Mo Salah and Firmino pulling the strings up front and with Daniel Sturridge seemingly rediscovering his scoring touch, Liverpool have the firepower to blow Napoli out of the water.

It’s worth noting that these sides faced each other in the U.S.A. during preseason and Liverpool ran out 5-0 winners.