How To Bet On Football 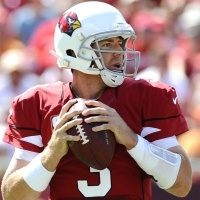 History records that the Rutgers Scarlet Knights and the Princeton Tigers played what was billed as the first college football game on Nov. 6, 1869, but football really didn't take off until the 1880s, when Walter Camp, a pioneer of the sport, drew up the first set of recognized rules, steadily transforming the British game of rugby into what would become American football. In 1892, William (Pudge) Heffelfinger, an All-American guard who played for Camp at Yale, took the evolution of the sport a step further.  [+]

Professional football gained a more organized foundation in 1920, when the American Professional Football Association was organized in the showroom of a car dealership in Canton, Ohio, today the site of the Pro Football Hall of Fame.

It may have been pro ball, but with teams like the Muncie Flyers, Hammond Pros and Rock Island Independents, it was a stretch to suggest it was big league. By 1921, the Green Bay Packers entered the league with Curly Lambeau as head coach and in 1922, the Chicago Bears were born from the remnants of the Decatur Staleys by player-coach-owner George Halas. That season, the league was handed a new handle. It was dubbed the National Football League.

The Bears, who signed top college stars such as Red Grange and Bronko Nagurski, became an NFL powerhouse and with their star power helped grow the league's popularity significantly. By the mid 1920s, there were 25 teams in the NFL.

We provide the best football betting lines below so keep your eye on them and find the game that is most appealing. Don't forget to take into account the variety of betting types available.

What Are The Best Football Bets

The most common and the most popular method to bet on on a football game is the spread, and locating the point spreads on games is an easy task, since they are generally listed on a daily basis.

Deciphering the point spread is also a simple task. Say, for instance, the Cincinnati Bengals are listed at minus-seven against the Cleveland Browns. That means the Bengals have been installed as seven-point favorites to defeat the Browns when the two teams meet that Sunday.

If you see a good point spread wager when the lines are first released at the beginning of the week, don't hesitate to make your play. As money is wagered on games during the course of the week, the spread can be altered significantly.

If you don't want to give points but still want to make a bet on a team, the moneyline is the way to go. With a a moneyline wager, both teams are assigned a plus or minus number based on the return on a $100 wager. If the Atlanta Falcons are listed as +135, it means they are the underdog and a winning $100 bet on the Falcons would return $135. Likewise, if the Seattle Seahawks are listed at -115, they are the favored team and it would require a bet of $115 to win $100 if you were to wager on the Seahawks.

A third popular option in football betting is the total, often also referred to as the over/under. In this wager, a combined point total for a game is established - say the New York Giants and Philadelphia Eagles were listed at 43. That is the estimate on the total combined points for the game. If you bet the under, you are of the opinion that the combined total will be less than 43, and by betting the over, you are certian that the point total will rise above 43.