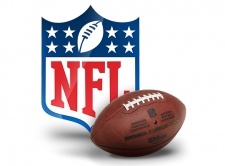 No NFL future bets are more popular than the straight-up Super Bowl wager. People love to invest money in potential title winners, because the returns are often lucrative—particularly prior to the league's season kicking off. But if there's one other form of future bets that comes close to rivaling the championship scene's popularity, it would be the win totals racket. You're about to find out why.

What Is An NFL Win Total Bet?

Win total bets are essentially a future wager's version of an over/under. So let's start there.

For over/under investments, you're gambling on the outcome of something—scores, individual stats or, in this case, win totals—hitting or missing a certain benchmark. Let's say the over/under for a game between the Denver Broncos and Oakland Raiders is 37.5. Betting the over is akin to saying these two teams will combine for 38 or more points by the end of their matchup. Rolling with the under banks on the opposite; it's saying the two teams will total 37 or fewer points between them.

Applying this logic to win totals isn't hard. In fact, it's technically easier, because you're dealing, in most instances, with only one team.

Use the Los Angeles Rams as an example. If a sportsbook is listing their win total for the regular season at 10.5, you have the opportunity to bet on whether or not they'll surpass the 10-victory touchstone. A bet for the under stipulates they'll win 10 or fewer games, while a nod to the over effectively says they'll win at least 11 games.

When Is The Best Time To Make Win Total Bets?

This type of question typically falls lower on the totem pole. Not with win total bets, though. Timing is everything for them.

Try investing in NFL win totals before the regular season kicks off. This is when the odds will be most lucrative, because sportsbooks know you don't have a sample to base your decisions on. Many sites offer midseason over/under lines on win totals, but the return on investments are not nearly as robust.

Put simply, there is more variance when teams have 16 games left on the schedule as opposed to when they have 12, 10 or even just eight. And to that end, this additional variance makes it easier for you, the bettor, to spot market inefficiencies.

Oddsmakers, remember, are basically just like you. They're not working off a crystal ball. They have access to different formulas and programs and algorithms that help them determine where to set a team's win total. For the most part, however, they're basing their numbers off conventional wisdom and popular opinion—the latter referring to how much money is being invested in a certain team and a specific side to their win total (over or under).

From when win totals are first released, which usually happens sometime before mandatory training camps open, you have the benefit of operating on a relatively level playing field with sportsbooks. This doesn't mean you'll always emerge victorious on your win total bet, but it's easy to spot the biggest discrepancies.

Consider this hypothetical: The Atlanta Falcons are coming off an eight-win season and have not made any substantial changes to their roster on either side of the ball. They also aren't a particularly young team or welcoming a key player back from major injury. The implication here, then, is they will not be much better than the previous year. And yet, you see sportsbooks are listing their win total for the upcoming season at 10.5. This qualifies as an inefficiency. The under makes far more sense under the circumstances we just laid out.

Sometimes the reverse is true. For argument's sake, let's say the Indianapolis Colts won four games in the previous season while their star quarterback, Andrew Luck, recovered from injury and was unable to play. If he's on track to return for the start of the next year, the Colts' win total should reasonably balloon. That won't always be the case. Sportsbooks will hedge, setting the over/under at 7.5, or ignore his return altogether and marginally increase their forecast to 5.5, 6.5 or something like that. Here, you'd realize that the over makes far more sense, because the Colts, despite not making any major additions, are actually getting one in a player already on the roster they didn't have at their disposal during the most recent sample size.

Scour initial win total releases for opportunities like the aforementioned ones. They won't always be so effortless to spot, but if you do enough research (more on this later), you'll be able to find them.

When Should You Avoid NFL Total Bets?

As a general rule, punt on midseason win total bets after Week 7 or 8 of the NFL season. The closer you get to the halfway mark of the schedule, the less variance you'll have to explore. Wasting your time on such a narrow-outcome future won't do much for your wallet if you win.

But avoidance isn't just about timing. It's also about the subject of your bets.

More established teams should be the primary target of your win total wagers—known commodities that give you a baseline sample with which to work off.

Think along the lines of New England Patriots of the Tom Brady era and the Green Bay Packers of the Aaron Rodgers era. I.E. Perennial Super Bowl contenders. You know what teams like this are supposed to be, because their quarterbacks and systems have been around for a while.

It works the same way with perpetually bad teams. If the Cleveland Browns, for example, have been hopeless for years, verging on decades, it's easier for you to spot overly ambitious or pessimistic win projections.

Teams that are beginning a rebuild or some type of major transition, such as a head coaching change, are your enemy. They are harder to predict. They could be starting a rookie quarterback. They could be implementing an entirely new offensive system that takes time to master or doesn't accentuate the best attributes of their most used players.

The 2017 New York Jets will forever be a nice case study in the perils of wagering on the big picture of rebuilding squads. Most sportsbooks had them turning in the NFL's absolute worst record, with win totals set anywhere between 1.5 and 4.5. They went ahead and won five games, completely obliterating the consensus anticipations.

Anything along these lines is a red flag on the win total front. There is enough unpredictability baked into NFL betting. Don't add to it. Teams secure in their direction, play style and status, for better or worse, are your win total friends.

We have already gone over some potential risks in the above section. This point bears repeating here: Steer clear of unknown teams that have indecipherable basements and/or ceilings. They'll only cause you heartache.

The other possible downfall in win total betting? Injuries and trades.

So much can happen from when these win total lines are released. Teams can flip disgruntled star players. Superstar quarterbacks, receivers, running backs, tight ends, et al. can suffer season-ending injuries. Serious developments you would have never accounted for to begin with stand to turn projections upside down and then, by extension, ruin your bet.

Unfortunately, there's no airtight method to avoiding these dangers. They remain an in-built hazard of the industry. But you can limit your exposure to these pitfalls.

For starters, do your best to pass on teams that have a player expected to return from injury. If the Cincinnati Bengals' quarterback, Andy Dalton, missed the end of the previous season with a serious wrist injury, it's best to duck everything related to his team until you know how he looks post-injury. You have the green light to ignore this if Dalton returned for a couple of games in the previous year or if his initial injury isn't considered a serious one. Otherwise, look elsewhere for better opportunities.

Protecting yourself against situations with no trace evidence is tougher. The 2017 Philadelphia Eagles will forever be an example of this. There is no way anyone could have predicted starting quarterback and then-MVP candidate Carson Wentz would suffer a season-ending injury. The Eagles were lucky; they won the Super Bowl anyway, and his injury happened late enough that they still exceeded big-picture expectations in the win total departments. Not every team will be that fortunate.

Consider, then, taking stock of two specific high-risk situations when investing in win totals: Teams that rely heavily on the run game, and offenses that depend on quarterbacks who likes to run around outside the pocket.

There is no exact science to this, but the best players on those two types of teams are, in theory, more likely to suffer injuries than stars from other squads. They are not only entering the battlefield as high-volume contributors, but they're playing into scenarios that end with being tackled most of the time and, depending on the down and yardage situation, by design.

Focus your attention (and money) instead on teams that do a better job diversifying their attacks—outfits that mix quality defense with a nice run game and stellar passing game. Any combination of above-average play styles will suffice. You'll have to figure out whether said team is being overrated or underrated when their win total comes out, but that extra line of thinking will result in a safer bet that's more likely to pan out in your favor.

How Can You Research NFL Win Total Best?

There will only ever be one answer to this question: Look to past samples.

If you're avoiding untested situations as recommended above, you'll be limiting your scope to teams that have established identities, players, coaches, systems, health reports, etc. That, in turn, begs you to look at previous performances and win-loss records to see whether their most current projection is too high or too low.

When doing this, it's always best to look at the most recent season that unfolded. You can go a couple of years back for a veteran Super Bowl contender that was missing some key players the previous year, but for the most part, you want to blend recency with proven returns. Isolating the record from the season before the one you're betting on is the best way to accomplish this.