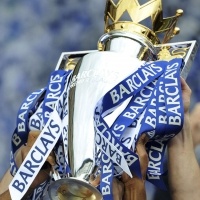 There’s a pre-conceived notion that fantasy sports is an American pastime. While this may be somewhat true, fantasy sports betting has expanded across the globe and is not just for North American sports. For example, football pools in the United Kingdom will most certainly refer to fantasy soccer and more specifically, English Premier League. Finding the right fantasy sports website is the first order of business, but the search doesn’t have to be extensive with what DraftKings.com has to offer footy fans around the world. [+]

The fantasy sports betting giant has daily soccer leagues that can appeal to everyone, including those old-school bettors that want to keep their ties with traditional sportsbook betting. And we strongly recommend you do. You can try fantasy soccer while maintaining your sports betting prescence. It’s all about diversifying these days.

Creating an account is seamless. All that’s required is a username and a secure password to keep your account protected from potential hackers. From there, you’re ready to pick your players and begin your English Premier League fantasy betting journey.

DraftKings’ daily soccer league requires participants to create a lineup by selecting eight players with a salary cap of $50,000.

That is a tight budget when you want to build a championship team with the best EPL stars. It is crucial early on in the selection process to be cognisant of the amount of cap space you have left.

Your first selection should be your best player and spending a little extra on a player like Manchester United’s striker Zlatan Ibrahimovic is not a bad idea. Ibrahimovic has proven to be one of the best pure goal scorers in the Premier League, as proven during the 2017 season.

A goal results in 10 points for your team so drafting a pure scorer is invaluable. However, try to find players that can do it all — score, assist and even lead in shots on goal. An example of this is Arsenal forward Alexis Sanchez, who ranked among the top goal scorers while also producing a healthy amount of assists during the 2016-17 campaign.

Of course, a Premier League fantasy team would not be complete without a No. 1 goalkeeper. If you have enough money in the bank after making your first few selections, taking Chelsea goalkeeper Thibaut Courtois would be a great choice for your team. Courtois led the Premier League in clean sheets in 2016-17. A more cost-efficient second choice would be Manchester United keeper David de Gea. How important is a reliable goalkeeper in fantasy soccer leagues? DraftKings’ scoring system has clean sheets worth five points for the goalkeeper and an additional three points for your defense.

It’s important to do your homework before running your Premier League fantasy team. Map out a strategy that will make the player selection process seamless, thereby avoiding late-round hiccups.

Like any other fantasy league, stats don’t lie. Use trending tools to help you draft or pick up players on hot streaks. Try not to base your searches on year-to-date statistics. It is hard to determine when or how those stats were accumulated.

Instead, break down your search to a seven or 14-day timeline, which will list the players performing the best during the specific period. Other fantasy pool participants usually don’t think of this easy tip, missing out on some diamond in the rough players in the process.

Another easy tip is not to fall in love with players. If they’re not performing, it’s time to let them go. Often fantasy bettors will hang on to specific players far too long with the hopes that they’ll turn their season around. Unfortunately, it’s only hurting your chances of coming out on top.

Ready to jump into Premier League fantasy betting? Use these simple tips and strengthen your chances of cashing in when all is said and done.