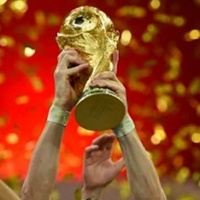 Soccer pools bring the world together. Whether it’s for your favorite international league, or of course, the World Cup every four years, bettors flock to their favorite fantasy sports betting site to draft their team or fill out their tournament bracket. Various online sites offer bettors different options when it comes to fantasy soccer. Some are looking for season-long commitment of running their own English Premier League or even Major League Soccer team. [+]

Others are looking for a quick fix in a one-day league that offers fast payouts. Regardless of which format you’re looking for, both DraftKings.com and FanDuel.com — the two leading fantasy sports betting websites — have you covered.

Much like any other online sportsbook, there’s a signup process that is seamless. Create a username, a strong password to protect your account and you’re on your way.

From there, you’ll be able to create you own star-studded soccer team featuring Lionel Messi, Cristiano Ronaldo or even Zlatan Ibrahimovic.

Domestic league-based fantasy soccer seasons have grown in popularity over the years, with even more websites offering services to join in the action. However when it comes to fantasy soccer betting, nothing beats the World Cup.

The tournament, which comes once every four years, ranks up there with the Super Bowl when it comes to betting. Whether you’re a hardcore soccer bettor or just a casual fan looking to cash in on your favorite country, the World Cup is one of the largest sports betting events on the globe.

So which teams are safe bets to put your money on?

Brazil still holds the record for most World Cup crowns with five, but the international powerhouse side hasn’t captured a title since 2002 when it defeated Germany in the championship. Consistently ranked among the top 5 teams in the world, Brazil are always a favorite in the World Cup — making them an easy pick in many fantasy leagues.

After Brazil, Germany and Italy are tied with four World Cup championships apiece. Italy — with its strong defensive tactics — and the Germans are always popular picks when it comes to World Cup wagering.

With the 2018 World Cup around the corner, it’s not a bad idea to start your planning now. Lionel Messi — arguably the greatest soccer player ever — has conquered the game at the club level but is still missing a World Cup title from his remarkable resume.

With Argentina ranking among the best teams in the world, the country will certainly be one of the legitimate favorites when the tournament gets underway next summer in in Russia.

There’s an art to filling out a World Cup tournament bracket. Sure, you can base your selections on which country is more beautiful to visit or which one has tastier food. That will only get you so far. What really matters is which team is more tactical and can be pegged as legitimate World Cup contenders.

Before making your picks, take some time to research the top 5 favorites and examine their strengths and weaknesses. For instance, Italy is always among the tournament favorites but take into consideration the four-time world champions are slow starters, leaving many bettors anxious in the early rounds.

If it’s a domestic league pool you’re playing, there are many tools to take advantage of much like you would in any other fantasy sport. Drafting is an important part of any fantasy league, so pre-season preparation is crucial before fielding your team of 11.

Player rankings are important and a useful guide for bettors to use before entering their respective draft rooms.

Ready to embark on your fantasy soccer betting journey? Use these basic tips and you’ll be a pro in no time.