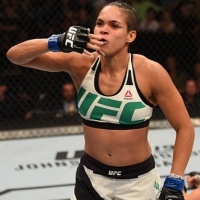 The rise of mixed martial arts over the last decade — specifically Ultimate Fighting Championship — has resulted in a steady increase of fantasy sports bettors. Regardless of how much you follow MMA action, diving right into a fantasy league without the required research will typically not end well in the long run. It’s imperative to do your homework heading into any Ultimate Fighting Championship card to strengthen your chances of defeating your opponents and coming out on top. [+]

Looking for a reputable fantasy betting site to use?

DraftKings offers daily fantasy MMA leagues in which participants create a lineup by selecting fighters in the player pool. Each fighter is assigned a price tag and participants cannot exceed the $50,000 salary cap, making it that much tougher to put together a star-studded MMA lineup. Rosters consist of six fighters — all of which must be on a fight card for an upcoming event.

When selecting players for your MMA fantasy team, keep one thing in mind — who can end fights quickly There’s no better out there than Lightweight champion Connor McGregor, who is a knockout king. In fact, 18 of his first 24 professional bouts resulted in knockout victories.

How valuable are knockouts in fantasy MMA betting? DraftKings offers 90 points if one of your fighters ends a bout in the opening round. The longer a fighter goes, the fewer amount of points you earn.

While knockdowns are the best way to advance in your league, there are other ways to accumulate points. A significant strike is worth 0.5 points. It doesn’t seem like much but the accumultion soon adds up. A takedown and reversals/sweeps can gain fantasy players five points.

Other stars to fill your roster include Jon Jones — a former two-time light heavyweight champion who ranks No. 1 in his division. Jones is widely regarded as one of the greatest MMA fighters of all time, having won the light heavyweight title as a 23-year-old in 2011 — the youngest to ever accomplish the feat.

Looking to put your money on the women’s divisions? There’s definitely no shortage of action to select from.

For years, Ronda Rousey ruled the women’s bantamweight division with her dominating ground game, but a pair of losses have turned the tides. Amanda Nunes is the bantamweight champ and arguably the best pound-for-pound female fighter on the planet. Nunes knows a thing or two about ending bouts early on. Just ask Rousey, who suffered a first-round loss to Nunes at UFC 207 just 48 seconds into the highly anticipated title match.

After you’ve selected your MMA roster and are ready for the upcoming UFC fight card, it’s time to sit back and watch your team in action.

There are some simple tools that are available to ensure you get the upper hand on your competition.

You may set your initial lineup but had second thoughts later in the evening prior to fight time. DraftKings allows you to make adjustments up until the actual card begins.

There are several websites available that offer bettors advice on bargain buys and which fighter will give you the most bang for your buck. Try to select fighters that are on winning streaks and moving up the ranks as it will most likely pay off in the long run.

Try not to fall in love with undefeated fighters. Certain MMA stars may look good on paper, but uncovering who they fought in the past is important.

Are you ready to jump into MMA fantasy leagues? Use these simple tips and you’ll compete against some of the best fantasy bettors in the world.