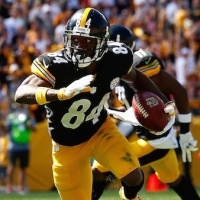 Fantasy football has done to rotisserie baseball what the NFL did to Major League Baseball. At one time, baseball was America’s national pastime, but then it was passed over by the dominance of the NFL as the No. 1 sport in the nation. Likewise, rotisserie baseball was the first fantasy sports game to emerge but it has long since been usurped by fantasy football as the No. 1 fantasy sports game. The Fantasy Sports Trade Association estimates that 33 million people play fantasy football, of which 6.4 million are women.

One factor that’s made fantasy football so popular is that the commitment required, with one game per week over a four-month span, is not nearly the amount of work required to compete in NBA, NHL or MLB fantasy leagues. And fantasy football is easy to play.

Most leagues operate with an uncomplicated scoring system that awards running backs, wide receivers and tight ends one point per 10 yards gained and six points per touchdown.

Quarterbacks generally are awarded points on a lesser scale, such as one point per 25 passing yards and four points per TD pass, simply because the ball is always in their hands. Kickers and team defenses have their own scoring systems as well. Every league is different, so make sure to check the rules and settings before you begin play.

It’s always helpful to take a look at what odds the sportsbooks are offering on all-things NFL. The list below details the best online sportsbooks in the industry so take your time and pick the one that suits you best.

Football, more than any other sport, is ruled by injury. With its brutal, violent physical collisions, players tend to drop like flies, so if long-term success is your fantasy football goal, maintaining a strong bench will be essential.

Those deep picks on draft day could save your season come Week 8, when your star running back tears up his knee. And it’s a wise fantasy player who stays one step ahead of the competition by studying the games each week to identify trending players and up-and-coming stars and grabbing them on the waiver wire before someone else takes notice.

Things can go wrong quickly for your fantasy NFL team if you don’t do your homework prior to draft day. You don’t want to be the newbie at the draft table who grabs a kicker with his first selection, and you most certainly don’t want to be that guy who picks the injured player in the opening round.

Before drafting, know you league’s rules. Do you have to start a tight end, for example? Know which NFL teams share a bye week so you don’t assemble a squad that’s all going to be on the bye at the same time.

How To Succeed At Fantasy NFL

In every fantasy football league, there always seems to be that one guy who shows up late for the draft, is unprepared and utlimately, destined for failure. You don’t want to be that guy. You don’t want to be the Cleveland Browns of your fantasy football league, so here’s some helpful advice to ensure that your team is not the laughingstock of your league.

For starters – and this one seems obvious – be prepared. You wouldn’t show up for an exam without first studying and draft day is your biggest test of the fantasy football season.

Draft with your head, not with your heart. Don’t pick a bunch of players from your favorite team, even if it is the New England Patriots. This is a recipe for disaster, for if that team goes south, it will take you down as well.

If things start slowly, don’t panic. Other teams will try to fleece you with deals but don’t bite. Maintain your core and utilize waivers to restock your depth.

Where To Play Fantasy NFL

How about everywhere? Fantasy NFL football is an $800 million industry in the United States. And virtually every major sports web site offers templates to enable you to set up your league and monitor and participate throughout the season.

Yahoo! started ?offering free fantasy football leagues in 1999. ESPN, CBS, Fox and numerous other entities also make fantasy football portals available. There are even pro leagues that allow you to compete for cash prizes, thanks to entities such as DraftKings and FanDuels.

From the beginner to the expert, there are NFL fantasy football games for everyone. So what are your waiting for? Join up today and start that charge toward your own virtual Super Bowl victory.