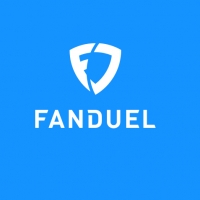 FanDuel, the second-largest daily fantasy sports company in the world, was launched on July 21, 2009 by Hubdub, a web-based prediction market gaming company. The idea was hatched during a backyard meeting in Texas, a brainstorm between the five co-founders. What they came up with was a game changer in the industry, creating a way to take the season-long fantasy sports competitions and whittle them down to make the opportunity to succeed instant. [+]

FanDuel, as its name suggests, is a daily competition pitting fan versus fan in a test of both their sporting knowledge and their fantasy games knowhow. And the winners are awarded instant gratification via daily prizes. There’s no need to slog your way through the endless battles of a long season in seach of a reward at the end of the journey.

FanDuel operates via a simple, three-pronged approach. First of all, you pick your contest in the sport of your choosing, with competition offered at all levels from beginner through expert.

Secondly, you select the players to put into your lineup, being careful not to exceed the allowable salary cap. Then you play and win, accumulating points for your team based on principles similar to regular fantasy sports competition.

FanDuel utilized oversaturation as a marketing strategy to imbed its product in the mind of the masses. In the third quarter of 2015 alone FanDuel and top rival DraftKings combined to spend over $150 million on advertising. Just prior to the start of the NFL season, there was a commercial running for one of the two daily sports fantasy companies on average every 90 seconds.

In 2014, FanDuel entered a strategic partnership with the NBA. FanDuel has partnership agreements with 16 NBA teams and 15 NFL teams. FanDuel has over six milllion users and offers fantasy game play on the NFL, NBA, NHL, MLB and the English Premier League.

FanDuel's app received the Webby Award as the best mobile site and app for sports handheld devices in both 2015 and 2016.

The biggest debate over daily fantasy sports sites like FanDuel is whether or not they are a form of gambling and, therefore, should not be legal to play in the United States.

The vast majority of U.S. states have ruled that daily fantasy sports contests are games of skill and not games of chance and therefore not gambling but there are 11 American states that currently do not permit FanDuel paid games to be played in their state.

In 2016, FanDuel established a bill of rights that is available to be downloaded on their website and outlines what every FanDuel player is entitled to while playing their games.