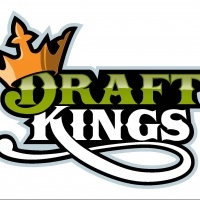 An idea that was spawned from a meeting of co-owners Jason Robins, Matt Kalish and Paul Liberman in the spare bedroom of Liberman’s Watertown, Mass, apartment in 2012, Draft Kings has grown to become the world’s leading daily fantasy sports platform, offering users the opportunity to enter single-day and weekly fantasy sports related competitions, where you can win cash and other prizes based on either individual player or overall team performances.

Games are offered to players at all levels of the spectrum of sports fan, from novice up to the serious competitor. You can enter into contests offering significant prize money and awards that have included the opportunity to throw out the first pitch at a Major League Baseball game, or the chance to watch a NASCAR race from a seat on pit road.

The games can be played via the DraftKings web site, or by utilizing their mobile app that supports both iOS and Android.

There is no doubt that DraftKings is a major player in the fantasy sports industry. As DraftKings has grown, it has also established a reputation in the mainstream of professional sports, as well as growing some significant partnership agreements.

Major League Baseball has investment take in the company, and Robert Kraft, owner of the NFL’s New England Patriots, is also an investor in DraftKings.

DraftKings has partnership agreements with the NFL, UFC and NASCAR, media site Bleacher Report, Madison Square Garden and the Staples Center, as well as 25 MLB teams, eight NBA teams, five NFL teams and the New York Liberty of the WNBA. As well, DraftKings has $250 million advertising deals with both ESPN and Fox Sports.

DraftKings has endured several legal fights in the battle to determine whether daily fantasy sports competitions were in fact games of skill or gambling. Most American states have determined them to be the former, although the state of Nevada did rule that daily fantasy sports was gambling and DraftKings ceased operations there.

Alabama, Arizona, Delaware, Hawaii, Idaho, Iowa, Louisiana, Montana and Washington are other states to rule that daily fantasy sports are a form of gambling, so DraftKings does not offer competition in those states. DraftKings is legal throughout Canada and the United Kingdom.

DraftKings was recently granted a controlled skill games licence from the Malta Gaming Authority which should open the door to further expansion into Europe.

In November of 2016, DraftKings announced a planned merger with FanDuel, combining the two major players in the daily fantasy sports industry. Together, DraftKings and FanDuel have approximately five million players.

By combining and streamlining their resources, DraftKings and FanDuel believe that they can work as one to both grow the daily fantasy sports industry in the development of new products and features and also combine their knowledge of their business model to work with government regulators to develop a standard framework for the industry.

The merger is pending approval of the United States Federal Trade Commission, and if approval is granted, the merger deal is expected to close sometime late in 2017.