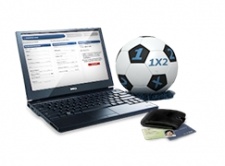 The utilization of analytics is a fairly recent and rapidly-growing development in professional sports, but the use of computers in sports is hardly new. Sports teams - and sportsbooks for that matter - were feeding raw data into computers long before anyone had heard of the world wide web. The internet has brought with it a proliferation in online sportsbooks and a correlating explosion in sports betting. Every bettor seeks an edge, and some see computer picks providing that advantage.

The beauty of the computer is that it doesn't feel. It will never make a decision from the heart, but via logical math algorithms. The drawback is that a computer can't take into account the human element in sports, and it's this variable that often leads to upsets on the playing field.

Far and away the most popular sport in terms of wagering in North America, billions of dollars are bet on the NFL every season. Super Bowl Sunday is frequently referred to as sports betting Christmas, because so many bets are placed that day. Computer picks on the NFL will generate point spread odds as well as individual matchups. These algorithms can also calculate over/under plays and any number of proposition bets that might be available at a given time.

What the computer can't do is take into account in-game actions that will dramatically impact an outcome. An injury to a key player, a back hitting the wrong hole on a running play or a receiver falling down while running a route. Any of these instances are capable of changing the course of a game.

The oldest pro league in North America, the CFL lists only nine teams, and with such a smaller sample size, it's more difficult for the computer to provide accurate data on the outcome of CFL games. CFL rosters tend to be far more fluid than their NFL counterparts, both from season to season and during the season, with airlifts of new talent flowing north following the NFL's final cutdowns being a common occurrence. This also can quickly change the landscape and make upsets more probable.

It's often said of NBA rosters that seven of the 12 players will see any significant playing time in a game and of those, probably two or three players were ultimately determine the outcome of the game. That being the case, the NBA tends to be the most predicatable of the major North American pro leagues and therefore the league that is most compatible with computer picks. The NBA has always been a star driven league and upsets, especially in the postseason, are extremely rare.

With so little emphasis placed on the regular season, top teams have proven less consistent at that time of year, knowing full well to save their best for the playoffs, the games that matter the most. Partially because of this factor, bettors tend to focus more on point spreads than moneyline wagering in the NBA, because the former play usually offers a better return on your stake.

There isn't another North American pro league offering the level of parity that you will witness on the ice between the 31 teams of the NHL. You will rarely see a blowout between two NHL teams and more often than not, a one-goal game will be the end result. In terms of computer picks, these can prove fruitful when it comes to assessing individual player performance. Star players tend to be consistent producers, so pay heed to offerings on over/unders on season point totals.

That being said, there are a number of hockey variables that a computer can't calculate. Officiating can alter the course of a game through a lopsided assessment of power-play chances. Most of all, goaltending is hockey's greatest unknown. A team can play a great game but be brought down by poor goaltending in their own net or a hot netminder in the opposition goal.

No sport has been as dramatically altered by the impact of analytics as baseball. The sport's obession with on-base percentage and on-base plus slugging percentage has turned the diamond game into a station to station sport where players who draw a lot of walks and those who hit home runs but also strike out frequently are the game's most treasured offensive weapons.

As with goaltending in hockey, pitching is baseball's great equalizer. A strong rotation is valuable, especially in the postseason, but in today's game it's the teams with the lights-out bullpen that generally win the World Series. Since most teams consider 6-7 innings from their starting pitcher to be a quality start, they must deploy a string of relievers to finish out games who are simply as close to unhittable as is possible. You will find computer picks in baseball are reliable for determining run lines and straight up wagering.

A league that is barely 20 years old, the MLS is still evolving, and roster fluctuations remain rampant, making consistency and the ability to predict outcomes via computer a much more demanding task. Things can change so quickly that the best team one year can be a bottom feeder the following season. All it takes is for a couple of teams to open up the purse strings and import a some top international stars and the axis of the league can swing dramatically in a new direction.

Soccer is another sport delving heavily into analytics and they can tell in an instant vital stats such as which team is controlling possession of the ball or which side is successfully completing the larger percentage of its pass attempts. Computer picks can prove helpful in generating outcomes of individual matches, totals, even future book wagers.

Computer Picks Are Not Sure Things

Yes, a computer simulation correctly predicted that the first-year Vegas Golden Knights would reach the 2018 Stanley Cup final. But that computer also suggested that the Golden Knights would win the Cup final over the Columbus Blue Jackets, when in fact they lost the final series in five games to the Washington Capitals. Another computer projected a Brazil win over Spain in the 2018 World Cup. In reality, France beat Croatia in the final and neither Brazil or Spain advanced further than the quarter-finals.

The point of all this is that there are no guarantees when it comes to sporting events. The New York Jets won Super Bowl III as 18-point underdogs. A computer cannot factor the human element into the equation. Computers generate probabilities, not certainties. It can't take into account a player having an off day, a significant injury, a lucky bounce, or a sudden change in weather that impacts the playing surface.

Let's face it, if we could truly predict the future, we'd all be millionaires and all the online sportsbooks would be out of business.

Computers Rely On The Human Element

As much as a computer can calculate variables and come to conclusions based on the data it receives, it is still a human being who is tasked with the assignment of supplying the information and inputting it into the computer. Humans are the ones who give the context to the numbers output by that computer.

Athletes are better conditioned and sports are more well-coached today than ever before. And these coaches are constantly deriving new methods to seek an edge over the opposition. Think of how impactful shot blocking has become in NHL games, or of the shifts in baseball that are derived from the location information arrived at from studying major league hitting patterns.

Just as humans must adjust to these changing patterns, so must the computer programs. The trends of one era aren't likely to be successfully transposed to the next era. That's simply a fact of life that does not compute.

Why Are Computer Picks Valuable?

The emotion of the human condition and the bias against certain teams can prove the undoing of the sports bettor. Just because you love the New York Yankees and hate the Boston Red Sox does not mean that you should always bet the Yankees to beat the Red Sox. When betting on sports, you can't lead with your heart, or you will be headed toward disaster.

That isn't an issue with a computer. It is completely controlled by logic and listens only to the data it is fed in order to select an outcome. It eliminates the decision-making flaws that too often doom a human to failure when it comes to betting on sports.

Should You Pay For Picks?

There are dozens of tout services out there that guarantee you winners, but like most things that involve 1-800 numbers, they generally sound too good to true because they in fact are. But ultimately, this is a personal decision. Some people play the stock market. Others hire professional financial advisors to oversee their investment portfolio. If you find you don't have the time to spend analyzing sports in order to place bets, perhaps a service offering computer-generated picks might be worth a try.

Which Sports Do Computers Predict?

If they play the sport at a high level, chances are you can find a computer producing picks on that sport. Football, baseball, basketball, hockey, soccer, boxing, horse racing - any sport that generates a large pool of numerical statistical information is a strong candidate to offer computerized picks. And the greater the size of the database available, the better the chances of a computer generating picks that accurately reflect the outcome of events.

Most North American sports have been competing for close to a century or more, so the databases available make it probable that computer models will deliver a high rate of accuracy via its picks.