Will Preds Remain Perfect At Home?

One thing the Anaheim Ducks have going for them as they head to Bridgestone Arena, which has proven to be a vast wasteland for visiting NHL playoff teams, is that they were the last visiting team to win there in the postseason. Can they do it again? Let's take a look at their chances, based on odds calculated by Bovada.lv: 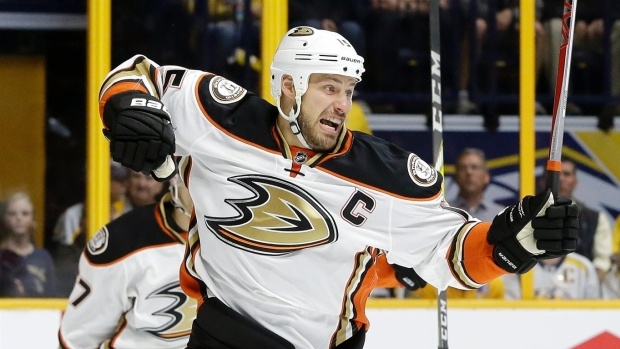 It's only the sixth occasion in NHL history that a team has earned at least four such victories in a single postseason. Other teams to do so inclued the Montreal Canadiens in 1973 and 1979, the 1986 St. Louis Blues Blues, the 1987 Philadelphia Flyers and the 2014 Los Angeles Kings. Of that group, the 1973 and 1979 Canadiens and the 2014 Kings won the Stanley Cup, while the 1987 Flyers reached the Cup final series. Only the 1986 Blues exited at the conference final stage.

After failing to register a point in the past three games, Ducks captain Ryan Getzlaf broke his skid with a three-assist performance in Game 2. It was his second three-point performance of the playoffs and moved Getzlaf to within one point of Pittsburgh's Evgeni Malkin for the playoff scoring lead. Getzlaf is just one of three active NHLers to play in a minimum of 100 playoff games and average a point per game.

The challenge facing the Ducks now is finding a way to win in Nashville, where the Predators are 5-0 in the playoffs and 9-0 extending back to last spring's postseason. But the hopeful sign for the Ducks is that Anaheim was the last visiting team to earn playoff victories at Bridgestone Arena, winning Games 3 and 4 of their first round series with Nashville on April 19-21, 2016. 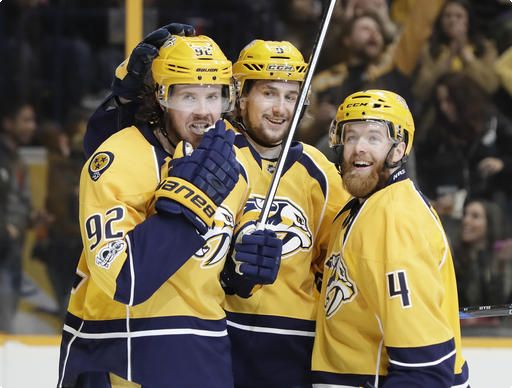 With a goal and an assist in Game 2, Predators forward Ryan Johansen registered his third consecutive multi-point game to boost his team-leading totals to 3-10-13 this postseason and equal the franchise record for most points in one playoff year. Predators forward James Neal scored his 13th career playoff goal with the Predators, tying David Legwand and Shea Weber for the most in franchise history.

Forget that 5-3 result in Game 2. Goals have been scarce of late in Nashville. The Predators have allowed just one goal against in each of their last four home games and based on the total of five being offered on this game, the under is 3-0-1 in those games.