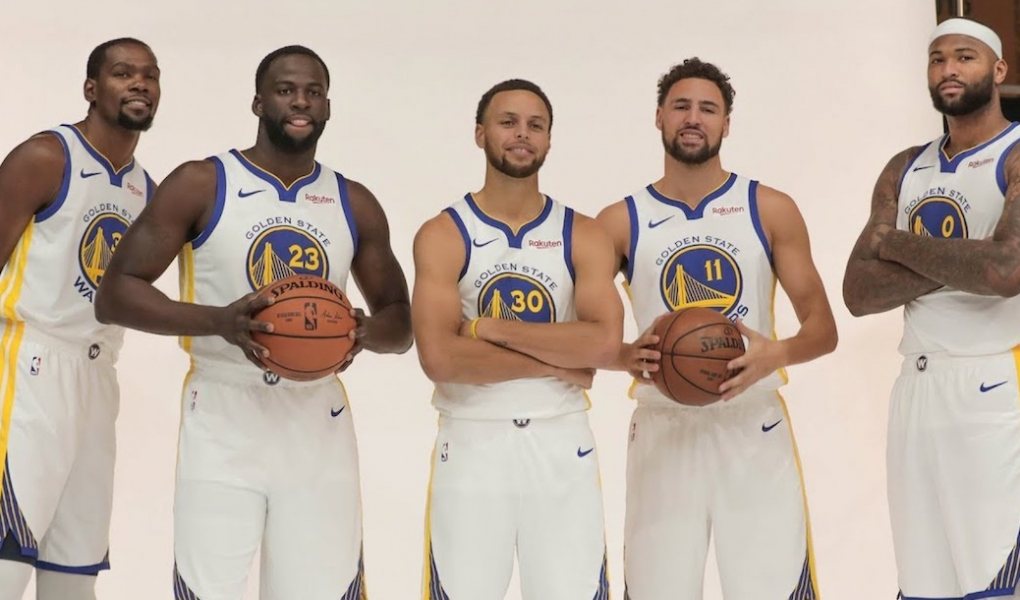 Preseason NBA basketball can be difficult to bet on. It’s also paramount you don’t ignore it. Not only are there ways for you to make money off it, but following key storylines and developments can help clue you in for future wagers. We’ll show you all the ropes, including:

Any 2019 title odds cited in this article come courtesy of Bovada and are accurate as of Thursday, September 27 unless otherwise noted.

Tips For Betting on NBA's Preseason

Follow our tricks of the trade, and you should have an easier time earning money off the NBA’s exhibition matchups.

Punt On The Great Teams

Your job as the bettor is to suss out which squads won’t be putting their best foot forward. This is relatively easy. Just look for the teams laden with veterans that have championship aspirations.

The Houston Rockets (+850) and Golden State Warriors (-195) are just two outfits that fall under this umbrella. There will be more. A good way of spotting them, aside from common sense, is by scrolling through team reports leading into the preseason. Head coaches will usually drop hints about how much their top guns will play.

Moneylines and The Over/Under Are Your Friend

Steer clear of preseason spreads. They’re too darn dangerous. Team rotations are so unpredictable this time of year even when coaches are fielding their top talent, and experimentations with different play styles will warp your ability to forecast potential scoring margins.

Moneylines are easier to work. If you know a team is going to lean on its best players and they’re noticeably better on paper than their opponent, you can reasonably invest in a victory. And by avoiding the spread, you don’t have to pick how much your team of choice is going to win by.

Unlike in college basketball, the over/under also deserves your attention during the NBA preseason. Teams and their players are rusty, and there’s a chance you’re not seeing their best stuff. But the preseason is also a time when identities shine through, allowing you to detect whether games will be higher- or lower-scoring affairs.

Consider paying special attention to over bets. Research shows that most teams tend to play at a faster pace and shoot more threes in the preseason—a byproduct of experimenting. And that, in turn, translates to higher combined scoring totals.

The Importance Of The Preseason Ending

This is a less obvious trick that many don’t pick up on: Towards the end of the preseason, even the best NBA teams are more inclined to give their top players extended run. What does this mean to you? Everything.

For the final one or two games of a team’s preseason schedule, consider treating those bets like you would a regular-season wager. For example, if you’ve been avoiding the Warriors all preseason, they might finally profile as a sound bet, since they’ll be more inclined to give minutes to Stephen Curry, Kevin Durant, Draymond Green, etc.

Make sure you’re monitoring these preseason storylines like a hawk. You won’t be able to figure out all the answers right away, but the trajectory of these developments will factor into the championship discussion.

LeBron’s Fit With The Lakers

Ironically, the preseason will tell us very little about LeBron James’ individual fit with the Los Angeles Lakers (+1000). He probably won’t play much. But we will get to see some of the youngsters like Brandon Ingram, Lonzo Ball and Kyle Kuzma—all of whom are immediately important.

Head coach Luke Walton should also give us at least a glimpse of LeBron with fellow veterans Rajon Rondo, Lance Stephenson and JaVale McGee. The chemistry they show—or don’t show—will go a long way toward validating or nullifying the Lakers championship-bet mettle.

Most will consider the Boston Celtics (+500) contenders even if Gordon Hayward isn’t the same after last season’s dislocated left ankle and fractured left tibia. They’re not wrong. Boston made it all the way to Game 7 of the Eastern Conference Finals without both him and Kyrie Irving.

Still, Hayward is something of a swing piece. If he looks like he’s going to recapture his previous form, the Celtics have another top-25 player on their hands and you’ll need to take their title odds even more seriously.

Similar to Hayward’s case with the Celtics, Kawhi Leonard has the ability to transform the Toronto Raptors (+1400) into not just contenders, but title favorites.

You’ll want to look for two things as the preseason unfolds. First and foremost, there is Leonard’s health. He missed most of last year with a right quad injury. Secondly, you need to see how he fits alongside his new teammates in Toronto, since he’s coming over from the San Antonio Spurs (+8000).

If he’s able to stay on the floor and develop early chemistry with Kyle Lowry, look out. Toronto’s title cachet will start to rival that from Boston, Houston and even Golden State.