What Happened In The MLS 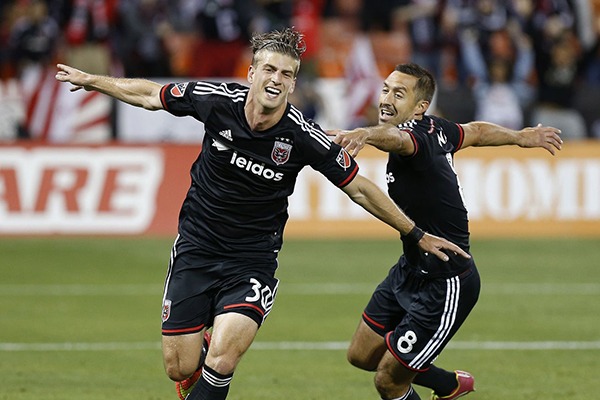 When you are planning on betting on a soccer match you have to take all of the information available to you and use it to make an educated guess at the outcome of the game. We did this for the DC United versus Vancouver Whitecaps match this weekend and settled on it being a draw. How wrong we were.

DC United, who were without a victory in the 2016 MLS season, romped to a 4-0 victory with a dominant display where they were ruthless in front of goal. Fabian Espindola was unstoppable on Saturday, scoring in the 39th and 54th minute as DC United peppered David Ousted’s goal with more than 20 shots. Had it not been for a heroic performance by Ousted in the Whitecaps goal, the scoreline could have resembled an NFL match.

Espindola was substituted in the 79th minute and replaced by fan favourite Alvaro Saborio, who himself grabbed a brace of goals, scoring in the 88th minute and one minute into stoppage time.

A fantastic result from DC United, and one that shows anything can and will happen in a soccer match.

New York Red Bulls went into their home fixture with Sporting Kansas City as the bookmakers’ favorite, with odds of +105 being offered. However, in our weekend preview, we said the +274 available on Sporting Kansas City was far too good to turn down, and we were correct because Sporting ran out 2-0 winners.

The Red Bulls failed to score for the fourth time in five games, this despite taking 22 shots on goal. Forward Bradley Wright-Phillips had a night to forget, failing to score from 10 shots and missing a penalty kick in the 64th minute.

Sporting may have only enjoyed 35 percent of possession, but they made the most of their chances and claimed all three points, giving them 12 for the season so far and placing at the very top of the MLS standings. 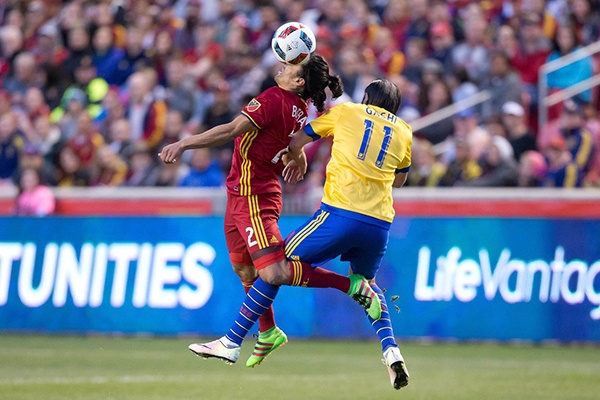 Real Salt Lake continued their impressive start to the season with a 1-0 home victory over the Colorado Rapids. Salt Lake were -108 favorites at kickoff and our tip to walk away with all three points, which they did thanks to a 72nd minute goal from Joao Plata following a defensive mix-up between Rapids’ goalkeeper Zac MacMath and defender Axel Sjoberg.

The win takes Real Salt Lake to 11 points and second in the Western Conference, only one point behind Sporting Kansas City, the latter facing Colorado on April 13.

Check out some of the Matchday 6 highlights