What a fantastic weekend of soccer action Week 2 of the 2016 Major League Soccer was, let us hope this is a sign of things to come as it was superb to watch. Unfortunately, with some of the results going against the grain, our predictions were not as accurate as we would have hoped, such is the life of a soccer sports bettor. 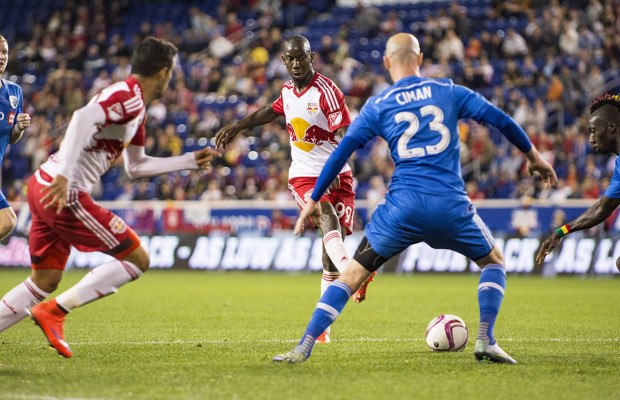 The biggest surprise was Montreal Impact’s 3-0 demolition of New York Red Bulls. Impact were priced at +190 to Red Bulls’ +140 and we opted to bet on the latter to win. The Impact had not beaten their Week 2 opponents for seven games, but more than made up for lost time by putting three goals past Luis Robles in the second-half. A 58th minute strike from Dominic Oduro was followed by a 71st minute effort by Ignacio Piatti, and then Anthony Jackson-Hamel rubbed salt into Red Bulls’ wounds in the fourth minute of stoppage time.

Another relatively shock result was New England Revolution (-141) being held to a goalless draw against DC United (+395). We predicted a New England win and both teams to score, but despite having almost 60 percent of the possession and 18 shots on goal to DC’s eight, New England could not find a way through and will be disappointed with only coming away with a point to show for their effort.

Perhaps the biggest upset of the weekend was Houston Dynamo’s drubbing of FC Dallas, a match we thought Dallas, at +179, looked good value in. It was not to be the case as four goals in the opening 27 minutes of the game, including an own goal by Matt Hedges, saw the game dead and buried before half-time. It was not all doom and gloom because we did back the Over 2.5 Goals market. 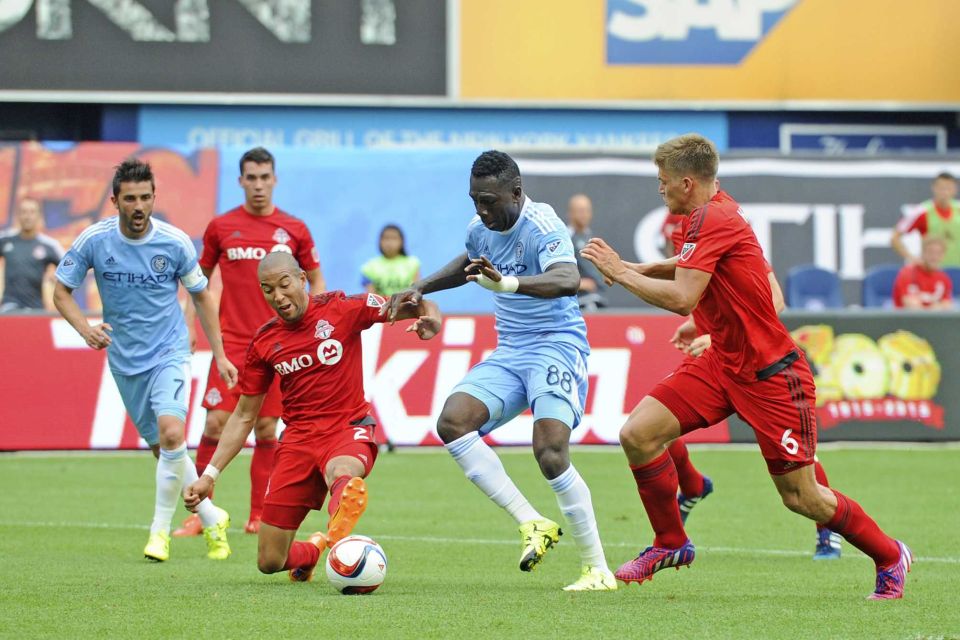 We came close on a number of our bets, including the New York City versus Toronto FC where we backed New York to win and both teams to score. Everything was looking rosy until the 76th minute as New York lead by two goals to one, but the amazing Sebastian Giovinco scored his 24th goals in 34 starts after a dazzling solo run to make the honors even.

Our bet on Seattle Sounders (+238) to beat Real Salt Lake was unlucky after the Sounder’s lost first choice goalkeeper, Sebastian Frei, to injury and had to throw debutant goalkeeper Tyler Miller into the deep end. Seattle went 1-0 up but a 43rd minute goal from Sunny Obayan was followed by an 86th minute winner by Jamison Olave.

Not the greatest of weekend for sports betting on the MLS with heavy favorites LA Galaxy and Columbus Crew suffering defeats, but it goes someway to prove that you should make sure you follow proper bankroll management when sports betting because freak results can and do happen, bring on Week 3!