UFC Goes Down Under

Though they weren't the original combatants lined up to headline UFC 221, both Luke Rockhold and Yoel Romero bring impeccable credentials into their middleweight division fight. In the past, Rockhold has reigned supreme as middleweight champion of both Strikeforce and UFC. Romero won the silver medal in the 85 kg weight class of freestyle wrestling for Cuba at the 2000 Sydney Summer Olympic Games and was a world champion in the discipline, so he's no stranger to grappling Down Under.

The last time UFC visited Australia, the card featured the stunning knockout victory of Holly Holm over UFC legend Ronda Rousey. This one may not feature such an historic event, but there's plenty of solid action to be contested in the octagon. Let's break down the entire main event card for UFC 221, based on the odds supplied by Bovada.

Yoel Romero (+150) vs. Luke Rockhold (-185) - The bout almost came apart at the last moment when Romero failed in two attempts to make the 186-pound weight class, missing in the end by 1.7 pounds. Rockhold debated whether or not to take the bout, but eventually opted in. This will make it half a title fight. Should Rockhold win, he gets the interim title. A victory by Romero would only add another digit to his win column. He won't be eligible to claim the belt. 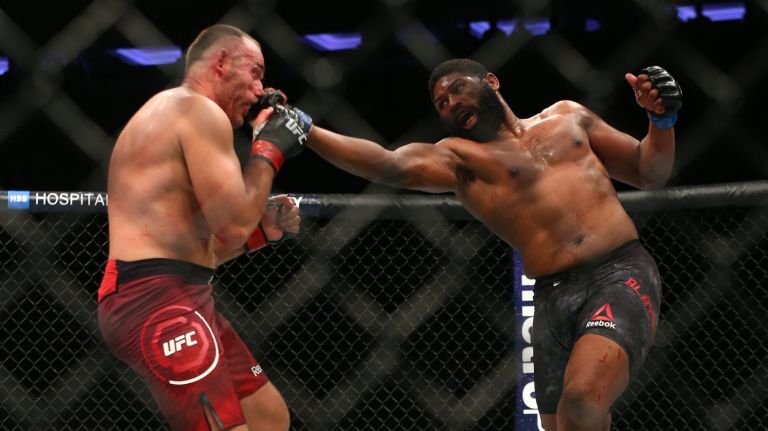 Curtis Blaydes (-155) vs. Mark Hunt (+125) - Classified as the gatekeeper of the heavyweight division, Hunt, 43, is 13-11-1. Blades, 26, has only been fighting since 2014, but is already ranked in the top 10 and will look at this bout as a chance to establish himself as a legitimate contender. Combat sport fighters don't often age gracefully, but Hunt is a savvy veteran from New Zealand who figures to have the crowd on his side. It won't be easy for Blades, but if he wants a shot at the big time, this is a must-win for him.

Tai Tuivasa (-270) vs. Cyril Asker (+210) - Another with local ties, Tuivasa is a frequent sparring partner of Hunt. With a background in kick boxing. Tuivasa is a quick and powerful fighter, but he'll want to stay on his feet to be successful. Asker is adept at the takedown and these opposite styles should make for a fascinating chess match in the octagon. But other strikers have found a way to solve Asker, so figure on the 8-0 Tuivasa maintaining his perfect record.

Li Jingliang (-165) vs. Jake Matthews (+135) - Only 23, Matthews already has eight UFC bouts on his resume. In Jingliang, he'll face a fighter six years his senior, and one with real athletic ability who is solid as both a wrestler and a puncher, with a violent streak and the brute strength to overpower an opponent. Matthews is 1-2 in his last three fights and hasn't impressed anybody of late. Jingliang has won four in a row, three of them by knockout. 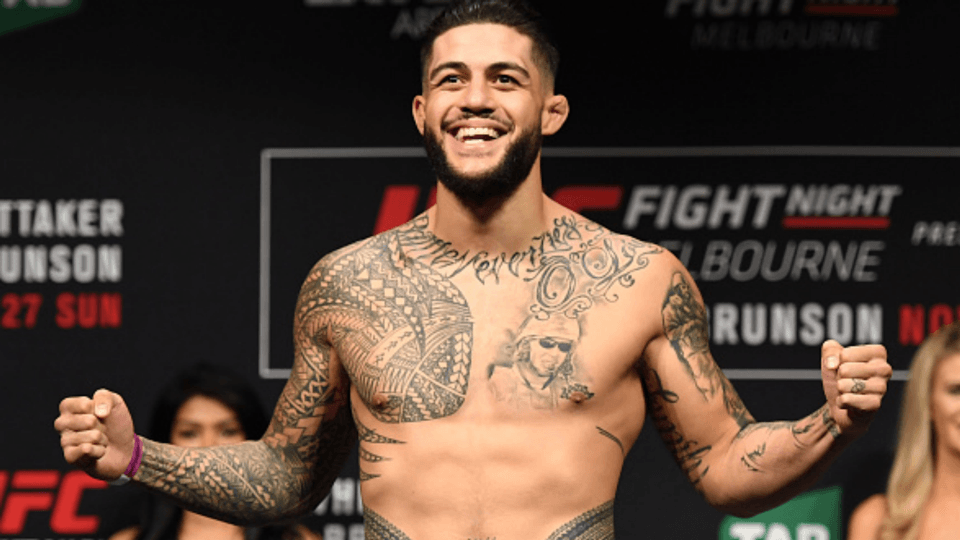 Tyson Pedro (-300) vs. Saparbek Safarov (+230) - Australian Pedro will have the home crowd on his side, and the 205-pounder has impressed while amassing a 6-1 record. Speedy and poweful, Pedro, 26, appears to have the entire MMA repertoire on his resume - powerful striking techniques, quick takedown skills, excellent ground game, and dominant submission moves. Safarov is durable fighter with an awkward style, but should amount to nothing more than a veteran stepping stone for Pedro. Safarov's only hope is to land a lucky shot.