The Bills Are Due On Thursday Night Football

My Team's Next MatchBuffalo Bills

Marv Levy was still at the helm. Jim Kelly was the quarterback, passing to Andre Reed and handing off to Thurman Thomas. On the defensive side of the ball, Bruce Smith and Cornelius Bennett terrorized the opposition.

It was 1993, the last time the Buffalo Bills played in the Super Bowl, and the last time that the Bills started an NFL season this spectacularly. Buffalo was actually 7-1 until a Week 9 loss to the Pittsburgh Steelers.

That 7-1 start also included a 19-10 win at the New York Jets, the same challenge the Bills face this Thursday when they hit the road looking to ground the Jets. Should they do so, the Bills would improve to 6-2 and move into a share of the AFC East lead with the defending Super Bowl champion New England Patriots.

Are they up to the task? Let's analyze that, based on the odds set by Bovada.lv.

The Bills have enjoyed their trips to the Big Apple, winning two of their last three games at MetLife Stadium. Overall, Buffalo is 7-3 straight up and against the spread in its last 10 meetings with the Jets. The Bills are also a bettor's best friend. Buffalo is an NFL-best 5-1-1 ATS, better than their 5-2 slate on the field.

Things are going so well for the Bills that head coach Sean McDermott could be in the running for NFL coach of the year, or he could be running for mayor of Buffalo. The success story that is Buffalo's 2017 season got its start against the Jets, a 21-12 Week 1 triumph for the Bills at home. 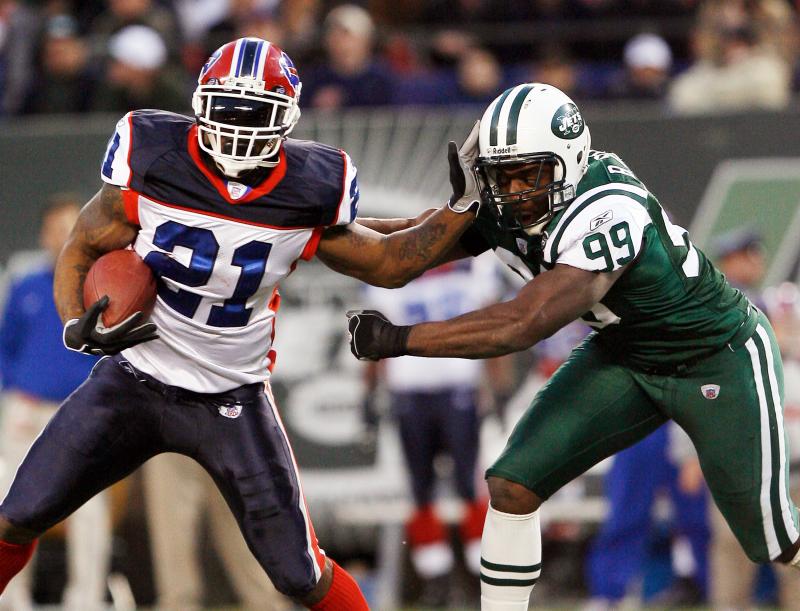 Bills running back LeSean McCoy lit up the Jets for 110 yards and five yards per carry average in that game, and he could prove very impactful in this game as well. Coming off a season-high 151 yards rushing in Buffalo's win last week over the Oakland Raiders, McCoy is poised to take advantage of a bruised and battered Jets defense.

Defensive end Muhammad Wilkerson (toe/foot/shoulder) is listed as questionable for Thursday's game, as is cornerback Morris Claiborne (foot). Both missed significant practice time during this short week of preparation and neither is expected to play.

While McCoy is rolling, quarterback Tyrod Taylor has turned in successive solid performances. He's efficient if not spectacular, passing for eight touchdowns while being picked off just twice. 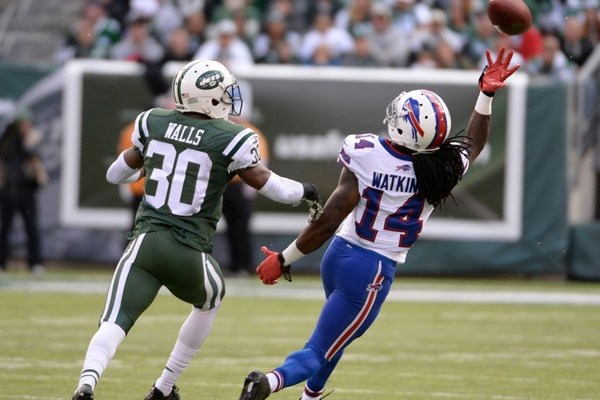 It's on the defensive side of the ball where the Bills are showing to truly be difference makers. Buffalo owns an NFL-high plus-14 takeaway ratio, and as anyone who bets football knows, teams that win the turnover battle generally win the game. Buffalo has 11 interceptions and six fumble recoveries, with safey Micah Hyde swiping an NFL-best five aerials.

The Bills checked the high-tempo Raiders attack of Derek Carr and Amari Cooper on 14 points, so it's difficult to imagine Jets QB Josh McCown and his cast of journeymen, including running back Matt Forte and receiver Jermaine Kearse, will pose much of a threat. The Jets were held to a McCown QB sneak TD and two field goals in their Week 1 setback at Buffalo.

There were also reports that Jets No. 3 receiver Jeremy Kerley was about to be suspended by the NFL for using performance-enhancing drugs, though no official word had been given by the league on this possibility.

The Bills covered a seven-point spread at home against the Jets in Week 1, so giving 3.5 points in this tilt shouldn't offer a problem. But play the under on the total of 43. This figures to be a low-scoring affair.