Who Will Rise In NFC South?

The New Orleans Saints are in the driver's seat in the NFC South. Sitting at 9-3, they are a game ahead of the Carolina Panthers, who they toppled 31-21 last week, and two games in front of the defending division and NFC title-winning Atlanta Falcons. But even at 7-5, the Falcons still hold their fate in their own hands. They face the Saints Thursday at home, and then again on Christmas Eve at New Orleans, so sweep those games and run the table and they will win the division.

An interesting sidelight to keep in mind with these two teams is that in each of the past four seasons, one team has swept the season series. Last season, the Falcons beat the Saints twice en route to their NFC South crown, which they followed with a trip to the Super Bowl to face the New England Patriots. But the Saints have been the ones working the brooms in odd-numbered years, sweeping the Falcons in 2013 and again during the 2015 season.

Who's holding the cards this time around? Let's break it down, based on odds being offered by Bovada. 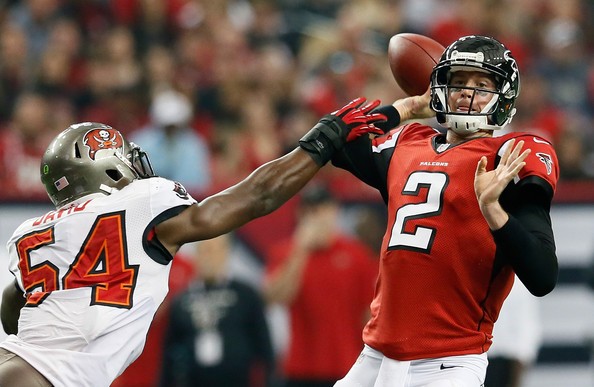 You would think being at home would work to Atlanta's favor, but the Falcons still haven't located much of a home-field advantage at new Mercedes-Benz Stadium. They lost there last week without scoring a touchdown, falling 14-9 to the Minnesota Vikings, and are a mediocre 3-3 at home this season, a stat that throws even more shade on the team's performance when you realize their other two home-field setbacks were to the Buffalo Bills and the Miami Dolphins. The Saints are a respectable 3-2 on the road.

The Falcons rely on their offense to win games, but it's been hit and miss all season whether their high-powered attack will be in gear on stuck in neutral. Last week's loss was the fifth time this season that Atlanta has been held to 17 points or fewer, and not surprisingly, they are 0-5 in those games.

The benchmark for success or failure with the Falcons is quarterback Matt Ryan. When Ryan finishes with a passer rating below 100 this season, Atlanta is 1-5. The Falcons are 5-1 when Ryan's passing yardage adds up to 250 yards or more, but a disappointing 2-4 when it does not. Wideout Julio Jones is another Atlanta threat who's run hot and cold this season. The Vikings held Jones to 24 yards, one week after he torched the Tampa Bay Buccaneers for 253 yards. 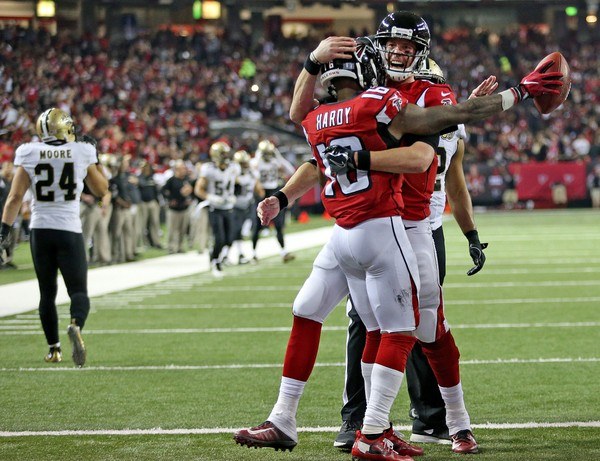 One factor that could work to the Falcons' advantage is the banged up Saints secondary. Rookie corner Marshon Lattimore, who would figure to be tasked with the assignment of slowing Jones, is expected to play, but has missed the last two games with an ankle injury and is unlikely to be at 100 percent. Safety Marcus Williams (groin) was also out last week.

When New Orleans has the ball, the Atlanta defense will need to find a method to stymie the Saints' 1-2 punch at running back. Mark Ingram is fourth in the NFL in rushing (922 yards) and leads the league with nine rushing TDs, all of which have come in the last eight games. Unheralded rookie Alvin Kamara has proven to be the Saints' playmaker, equally effective when running the ball or catching. He shares the NFL lead with 11 TDs, four of which have come on receptions.

With such a dynamic rushing game, Saints QB Drew Brees, who has led the NFL in passing yardage in each of the past three seasons and five times since 2011, isn't being required to carry the team's attack via his arm.