Is It (Steel) Curtains For Titans?

My Team's Next MatchTennessee Titans

This week's Thursday Night Football encounter pits two AFC division leaders against each other, as the 7-2 AFC North-leading Pittsburgh Steelers play host to the 6-3 Tennessee Titans, currently deadlocked with the Jacksonville Jaguars for top spot in the AFC South and on a roll of late, with five straight victories. The Steelers have won four in a row since a 30-9 loss to the Jaguars, so if the Titans are thinking down the road to potential tie-breakers, common opponents is one of them, giving this game even more significance in the big picture.

Let's break this one down, based on odds provided by Bovada. 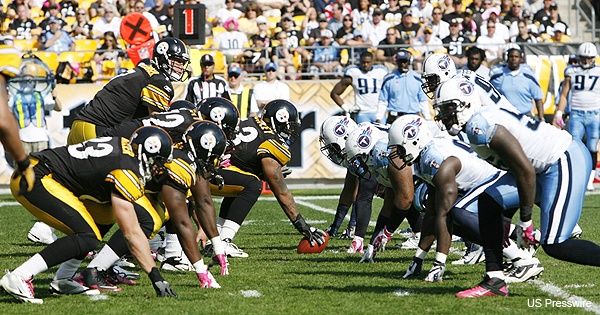 Pittsburgh really hasn't impressed the football world while assembling a three-game lead atop the AFC North. On the one hand, three times this season, they've rallied from 14-point deficits for victories, including Sunday's win at Indianapolis. While that looks impressive on paper, in reality, it displays exactly how pedestrian the Steelers' offense has proven to be this season.

If it weren't for a defense that has allowed 148 points, second-lowest total in the NFL, the Steelers might not even be considering the playoffs as a reality.

Sunday's 20-17 win over the Colts marked the second week in succession and sixth time this season that the Steelers had put 21 or fewer points on the board. With 187 points, they are the only division leader that's delivered less than 200 points. They've also converted on just 42.4 percent of red zone opportunities, which is the second-worst total in the NFL.

A big part of the decline centers around the man under center. Ben Roethlisberger's career looks to be in clear free fall. Roethlisberger's quarterback rating of 83.8 is his lowest since 2008 and his completion percentage of 61.1 is as low as it's been since 2012. Roethlisberger's inability to throw accurately downfield has allowed defenses to key on stopping the Steelers' effective running game, traditionally the bread and butter of the Pittsburgh offense. 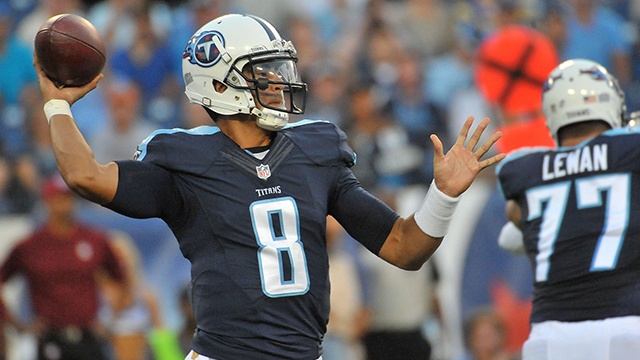 On the other hand, Titans QB Marcus Mariota drove his team downfield for the winning touchdown in the game's final minute last week against the Cincinnati Bengals, the third time in four games he's engineered a game-winning drive, tying him for the NFL lead in that category.

Tennessee brings a punishing 1-2 punch at running back with Derrick Henry and DeMarco Murray. Both are averaging more than four yards per carry and between them have gone for over 800 yards on the ground. More bad news for the Steelers - Tennessee's defense, led by longtime Steelers defensive coordinator Dick LeBeau, stops the run dynamically, allowing just 91.4 yards per game, ranking them as the No. 6 rush defense in the NFL.

The Titans aren't nearly as stingy against the pass but as we noted earlier, the passing game looks to have passed Roethlisberger by. And Titans safety Kevin Byard leads the NFL with six interceptions, five of them coming in the past three games, all against AFC North opposition.

During their five-game winning streak, the Titans have permitted an average of just 17.75 points per game. Ten of Cincinnati's 13 offensive possessions ended in four plays or less, and the Bengals were just 1-for-10 on third-down conversions. Offensively, Tennessee has gone six-for-six in the red zone the last two weeks. And Brett Kern is the NFL's leading punter, meaning the Steelers will likely be faced with the need to assemble some long drives in order to put points on the board.

Favoring the Steelers by seven points in this one seems like too much.