Who To Back On Thursday

Here are a few NHL betting options to keep in mind, with odds courtesy of BetOnline.

Philadelphia’s playoff chances are quickly fading away and the Flyers desperately need two points on Thursday night against the visiting Florida Panthers in order to stay in the thick of the battle.

The Flyers, who have just three wins in their last 10 games, enter Thursday’s contest as -119 favorites on home ice, where the club has had success this season. The Panthers — also in the post-season hunt — head to the City of Brotherly Love as good-value +108 underdogs.

There are few teams that generate more shots for per game than both the Panthers and Flyers. Florida is averaging 31.9 shots per game, while the Flyers aren’t far behind at 31.3.

One player who has certainly enjoyed playing the Panthers during his career is Flyers forward Wayne Simmonds, who has five goals and 11 points in 20 career games against Florida.

This head-to-head series has been fairly even over the last 10 games, with each team recording five wins apiece over that stretch.

Betting the over/under? The total goals projection for Thursday’s game has been set at 5 — a mark these offensive-hungry clubs will surpass. 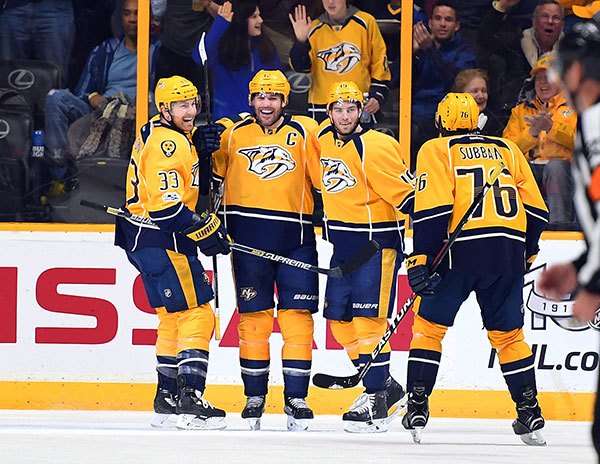 It’ll be a special night in Montreal with the return of former Canadiens’ defenseman P.K. Subban, who was traded to the Nashville Predators last summer in a blockbuster deal that saw Shea Weber go the other way.

Montreal have bounced back from a rough patch, winning three straight and separating them from the rest of the pack in the Atlantic Division — at least for the time being. The Canadiens enter Thursday’s action as -130 favorites at the Bell Centre, where the team owns a 19-9-4 record this season.

Subban and the Predators head to Montreal as enticing +118 favorites on the road, where the club has struggled this season. The Predators, however, have won four straight games and sit third in the Central Division standings.

The Preds have been lifted by forward Filip Forsberg, who has netted 10 goals in the last five games played.

The Preds rank eighth overall in goal production, netting 186 tallies heading into action on Thursday. The Habs aren’t far off with 175 goals this season. If you’re considering an over/under wager, keep in mind both these teams know how to score goals.

Then again, the Habs have struggled for offense in the last month. But they're due a breakout game and what better place to do it than on home ice.

Pick: Nashville Predators (+118) and the Over 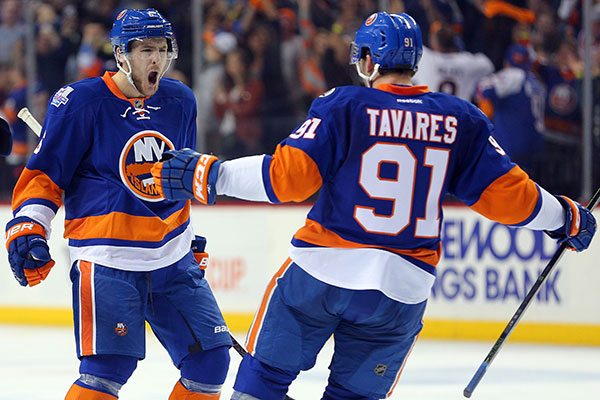 Two teams heading in opposite directions will face off as the Dallas Stars host the New York Islanders on Thursday night.

The Stars, who have just four wins in 10 games and sit well out of a playoff berth, enter the matchup as -123 favorites. The Islanders are also out of the post-season picture but a victory can move them back into a wild-card spot on Thursday. The Isles are +111 underdogs.

The Isles will go as far as star forward John Tavares takes the club. Tavares has three goals in the last four games heading into action on Thursday night.

The Isles have dominated the head-to-head series in the last 10 games, defeating the Stars six times during that stretch. New York have also won two of the last three, including their last encounter with Dallas when they blanked the Stars 3-0 Jan. 19 at the Barclays Center.

The total goals projection is set at 6 for Thursday’s clash between the Stars and Isles. While the two sides are explosive offensively, watch for a lower-scoring affair, with the Islanders coming out on top.

Feel like backing your favorite team? It's not the best ideat to bet with your heart but it can work sometimes, especially as you're more prone to know the advanced analytics of your favorite squad. Bet wisely when it comes to an NHL team you support but make your advanced insight count.