What does Tom Brady have to do for an encore? The 40-year-old superstar has won five Super Bowl rings. His team, the New England Patriots, have won two of the last three championships, and oddsmakers have them as the huge favorite to hoist the Lombardi Trophy again this year.

The Patriots may have one of the easiest divisions in the league, but they will also meet some fierce opponents along the way who want to knock off the defending champions.

One game to circle on that calendar is a rematch of the Super Bowl in Week 7 when the Patriots host the Atlanta Falcons (odds provided by betonline.com).

The Chiefs take on their toughest test of the year to start the NFL season. Kansas City, which has one of the most difficult schedules in the league this year, travels to Foxborough to face the Super Bowl champions.

Even though New England is a big favorite, this will be no pushover for Tom Brady and company. The Chiefs were 12-4 in 2016 and 11-5 in 2015 and have one of the best defenses in the league. They also know how to win on the road. The nation will be seeing a lot of the Chiefs this season as this is their first of six games in prime time.

BABB’s pick — Kansas City (+7.5) may not win the game, but their defense will keep it close. Take the Chiefs and the points.

Adrian Peterson returns to Minnesota for the first time since leaving the Vikings for the Saints as a free agent. It’s not like AP needed any incentive, but he will be looking to run wild against his former team. The 32-year-old gained almost 2,100 yards in the 2012 season for the Vikings.

Minnesota has a stingy defense, but New Orleans has one of the best quarterbacks in the league in Drew Brees. Something has to give.

BABB’s pick — Injuries have slowed Peterson down in recent years, but not in this game. Take New Orleans (+3.5) and the points.

The Packers will be tested by two elite teams to start the season — first the Seahawks and now the Falcons. Green Bay plays three of its first four games of the year on the road, so they need to win this matchup. The NFC South champs begin the year against three NFC North opponents. This is also a battle of former league MVPs in Aaron Rodgers and Matt Ryan. Expect the point total betting line to be huge. 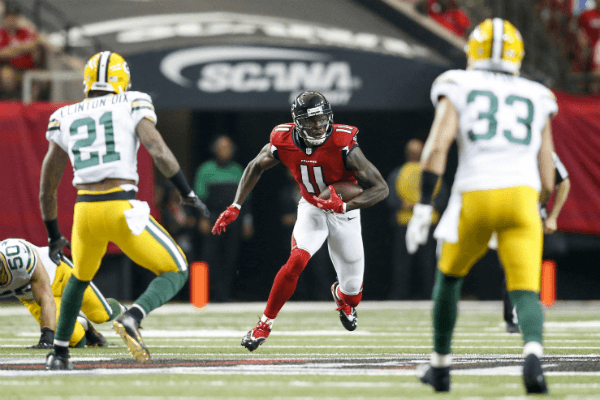 Ezekiel Elliott returns after the NFL suspended the Cowboys star running back for the first six games of the season under the league’s personal conduct policy. Dallas will need a win against their longtime NFC East rival in this game as they host Kansas City in Week 9 and travel to Atlanta in Week 10. As for the Redskins, they will be taking on the Cowboys on a short week after playing in prime time on Monday Night Football.

Only once since 2010 has the Seattle-Arizona series been a sweep. That likely won’t happen this year either. These two teams are favored to battle for the division title in the NFC West. A win may give the Cardinals the upper hand when they return to Seattle in the final week of the season. A loss and the crown may be going to the Seahawks … and it’s only November.

For the second straight week, the Patriots play a high-level, high-altitude game. New England travels to Denver in Week 10 before taking on Oakland in Mexico City. This may be a great opportunity for the Raiders to take it to the Super Bowl champions and possibly gain home field advantage in the AFC, especially since Oakland should be healthy coming in off a bye week. 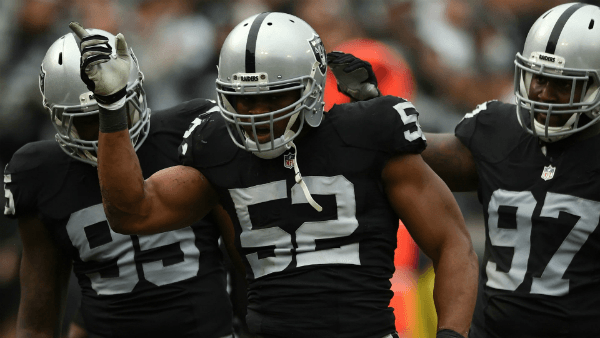 This is a pivotal game in the schedule for the Titans, who were swept by their division rivals last year. It will be their second meeting of the season with Andrew Luck and the Colts, and the division lead could be on the line. November promises to be a make-or-break month for Tennessee as they play Baltimore, Cincinnati and Pittsburgh before this AFC South matchup against Indianapolis.

Thanksgiving in the Motor City is a tradition that dates back to 1934 and it’s older than 24 current NFL franchises. The Lions have a record of 34-34-2 in the 70 games they have played since the inaugural event, including a 16-13 win over the Vikings in 2016. If Detroit hopes to threaten Green Bay for the division title again this season, they will have to sweep Minnesota like they did last year. 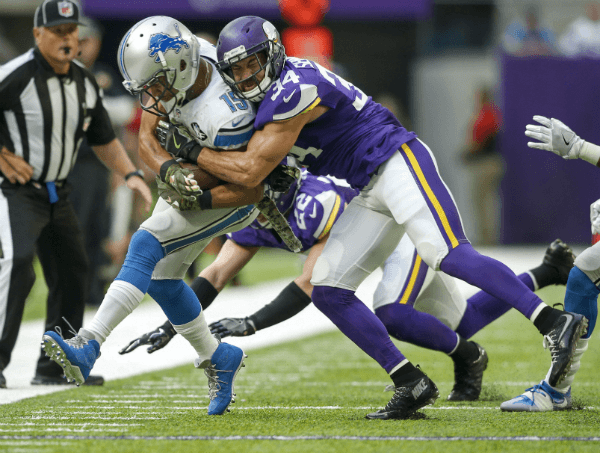 Title on the Line - Atlanta at Tampa Bay, Week 15

Will December be a month to remember for the Buccaneers? Jameis Winston leads his team into the final month of the season against Green Bay, Detroit, Atlanta, Carolina and New Orleans. If they don’t make the playoffs, they will look at these five games for the reasons why. The high-octane Falcons beat the Bucs 43-28 in Tampa in their run to the division title and Super Bowl last year. Tampa Bay will show the nation if they’re ready for prime time in this Monday night matchup.

This game could easily decide a wild card spot for both teams. The AFC North rivals split the season series last year. The Bengals will need a series sweep this year to challenge Pittsburgh for division honors. Cincinnati, 6-9-1 in 2016, missed the playoffs last season for the second time in eight years. The pressure is on head coach Marvin Lewis and quarterback Andy Dalton to gain a spot in the postseason and finally win a meaningful game.