Review Of A Bettor's Super Bowl

The New England Patriots’ superstar pivot proved that during Super Bowl 51, carrying his club from a 19-point fourth-quarter deficit to an NFL championship against the Atlanta Falcons in what is being called one of the greatest finals of all time.

The Patriots looked overwhelmed by Atlanta’s potent offense early on and it showed. Brady made several uncharacteristic mental errors in the first half, missing routine passes and throwing a pick-six to Falcons’ cornerback Robert Alford. Had you put your money on Brady throwing the game’s first interception, a $120 wager would have fetched a $100 return.

That wasn’t the only early wager that paid off handsomely. In fact, had anyone bet on the Falcons to cover at +3, you were probably grinning from ear-to-ear at the half as Atlanta went into the break leading 21-3. 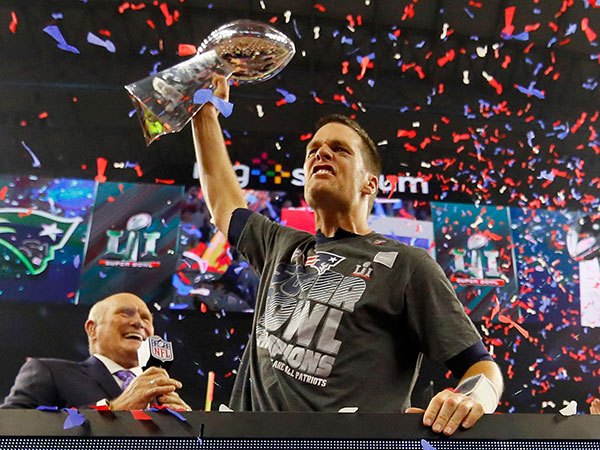 There were also several in-game proposition bets to consider.

Had you put your money on Falcons’ No. 1 receiver Julio Jones, you probably cashed in as well. The Westgate sportsbook set a 25.5 over/under line on Jones’ longest reception of the game. Jones finished Super Bowl 51 with four receptions and 87 yards — his longest a 27-yard catch.

Who’d you have your money on to throw the first touchdown pass? The Patriots had opening possession after winning the opening coin flip, but it was Matt Ryan that put his team on the scoreboard first with a touchdown strike — a bet that offered a +110 line. Perhaps one of the bigger payouts from Super Bowl 51 was which player would score the game’s opening touchdown. The usual suspects were at the top of the list — Jones for the Falcons, Julian Edelman for the Patriots. How about Atlanta wide receiver Austin Hooper — a 22/1 long shot to find the end zone first?

The Falcons certainly didn’t take their foot off the gas in the second half and even led 28-3 at one point as the franchise’s first-ever Super Bowl was within reach.

That’s until Brady took the game over.

A 300-plus yard passing game is nothing new for the future hall of famer, but it was evident something wasn’t right with Brady in the opening half. Still, a total passing yards projection of 310.5 was too good to pass up on. Of course, Brady finished with 400-plus passing yards, easily eclipsing Bovada’s opening over/under line. 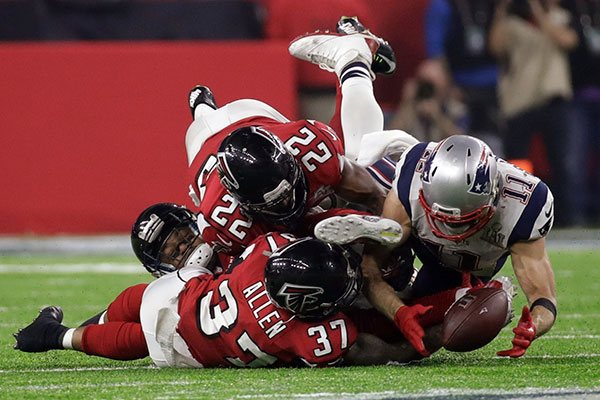 If you took the over on Bovada’s 59.5 total points projection, things were looking pretty grim at the half as New England generated little to no offense. But with every Patriots touchdown in the second half, you soon realized an over outcome became more and more a probability.

Speaking of overtime, a $100 wager that the game would need extra time to settle a champion paid $750.

There’s a reason why the Super Bowl is one of the biggest single sports betting events every year and the 51st edition of the NFL’s championship proved why.