NRG Stadium, formerly Reliant Stadium, is a multipurpose arena that is home to the NFL's Houston Texans. On Sunday, February 5, though, it will be home to Super Bowl 51—the most anticipated game of the year.

The stadium is fairly new. It was built in 2002 with an original capacity of around 71,800 people. That total has since been increased to 72,200. The entire structure takes up 1.9 million square feet; the field itself accounts for 97,000 square feet.

Here's a virtual tour of NGR Stadium for you to peruse at your leisure:

In anticipation of the NFL's winter showcase, the stadium has undergone some renovations.

According to ABC 13 in Houston, 600 solar panels were added somewhere on the south side of the stadium to help power the arena and its surroundings. A bunch of LED lights have also been installed, which will cut down on the energy the complex is using even further.

Back in 2014, the NFL ruled that NRG Stadium needed a major facelift before it was ready to host Super Bowl 51. Peter O'Reilly, the league's Senior Vice President of Events, cited the club and suite levels as areas that needed improvement. He also mentioned the need to bolster the complex's WiFi support for all the fans. 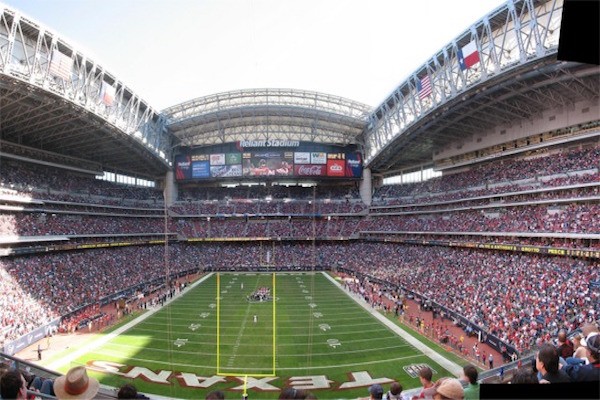 Whatever other upgrades NRG Stadium needed at the time, per the Houston Chronicle, were expected to total around $50 million. It's safe to assume all the necessary work was done, otherwise the Super Bowl wouldn't be in Texas right now. And while $50 million sounds like a lot, the revenue this one game will bring in should be worth it—particularly if the investment leaves NRG Stadium better suited to host more Super Bowls in the semi-near future.

Like many other NFL stadiums, NRG has a retractable roof, so wind and any unexpected cold fronts in Houston—which are beyond rare—won't be a factor. This is a big deal, because teams from colder climates will often have a significant advantage over squads from warmer parts of the country when playing in chilly and windy weather. 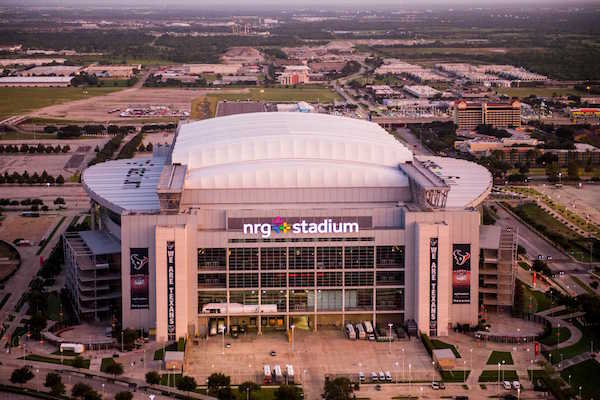 In domes or warm-weather climates, however, the conditions allow for more strength-on-strength battles. Teams don't have to worry about making Mother Nature-related adjustments. They are free to play whatever style, pass or run, that suits them best.

Domes and warmer weather do tend to have an impact on the quality of offensive play, though. Because teams are able to play with more freedom, you're going to see defenses suffer as the average number of yards per play inches upward, sometimes skyrocketing.

This, in turn, usually bodes well for over bettors. Even typically anemic offenses can put up points when given the opportunity to play indoors or during warmer conditions.

At the same time, matchups are just as important. 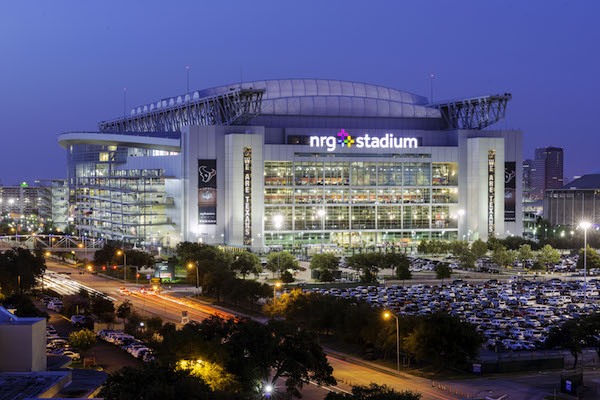 Teams with elite quarterbacks are more likely to detonate on offense, because NRG won't have a real impact on the running game; that's on the offensive line no matter the working conditions. Turnovers also become more of a factor, because just as offensive players can get a better grip on the ball, so too can the defenders.

Remember: Nothing is a substitute for studying the individual matchups ahead of the Super Bowl. But in this case, with the playing environment basically ideal, the game is liable to be a high-scoring affair. And so, it should be the team that's most comfortable racking up points through the that leaves NRG Stadium with a victory.