NBA Teams To Bet On 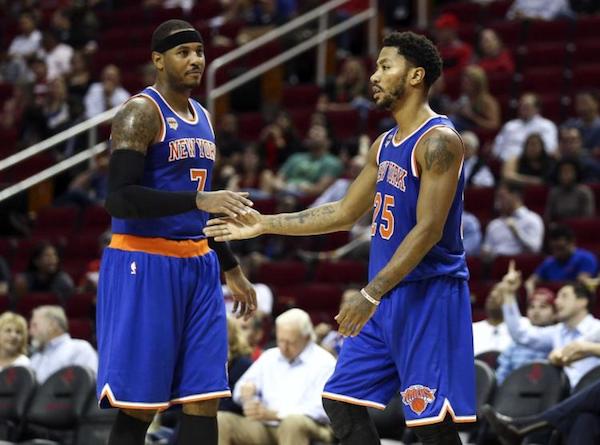 We have to start with the reigning NBA champion Cavs who host the Knicks on Tuesday. Little has changed in Cleveland since they hoisted the Larry O'Brien trophy in June. Gone are two key reserves, Timofey Mozgov and Matthew Dellavedova. In are veterans Chris "Birdman" Anderson and Mike Dunleavy.

New Knicks head coach Jeff Hornacek will be tasked with turning around an injury-prone roster. Rose has nagging knee issues, a shoulder injury sidelined Noah most of last year, and Jennings tore his Achilles in 2015. However, on opening night, all three should be rested and ready to go.

The Cavs honeymoon period will continue on Tuesday. Not only will they receive their championship rings during the pregame, but LeBron James and company will steamroll through the Knicks in front of a rowdy home crowd.

By now you've heard the 73-win Warriors and the newly-added Kevin Durant are the team to beat in the NBA. But what you may have not heard is Golden State's paper-thin frontcourt may derail that hype. Both starting center Andrew Bogut and Festus Ezeli were casualties of Durant's big-money contract. The 32-year-old journeyman Zaza Pachulia is Golden State's new starting center, with David West and two-time Shaqtin' A Fool MVP JaVale McGee.

The Warriors' weakness is San Antonio's strength. While legend Tim Duncan rode off into the sunset over the summer, the 67-win Spurs actually upgraded its frontcourt with the signing of versatile offensive weapon Pau Gasol. Joining Gasol up front is LaMarcus Aldridge and Kawhi Leonard to form perhaps the most fierce frontcourt trio in the league.

Recent history suggests newly-formed NBA superteams struggle out of the gate, such as the 2010-11 Miami Heat and the 2012-13 Los Angeles Lakers. An impressive 6-1 preseason signals the Warriors will buck that trend. They might, but not on opening night.

With two lockdown defenders on the perimeter in Leonard and Danny Green, the Spurs will slow down the Warriors death squad lineup at Oracle Arena. Moreover, they will crush Golden State on the boards to cover the spread. 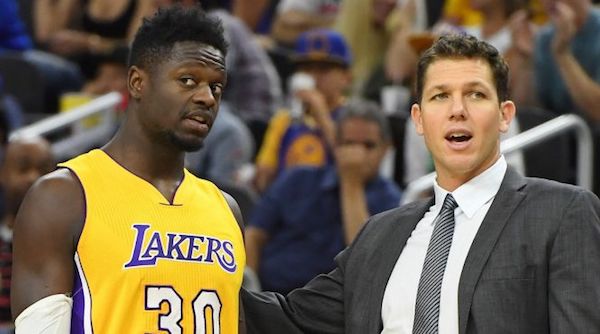 Dwight Howard wore out it his welcome in Houston and bolted in the offseason. However, the loss may end up helping the Rockets.

Without Howard, there's no question this team now revolves around scoring wizard James Harden, who will benefit from new head coach Mike D'Antoni's up-tempo offense. Houston added two weapons in the summer, Ryan Anderson and Eric Gordon, to supplement Harden. The two averaged 17 and 15 points a piece last season. Don't expect this rebuilt roster to play a lick of defense, but they'll have one of the most potent offenses in the league.

Meanwhile, Los Angeles will begin their journey in the post-Kobe Bryant era. Ex-Laker Luke Walton is now the head coach and will try to bring Golden State's winning formula over after serving as their interim coach half of last season. A young and promising nucleus of Brandon Ingram, Jordan Clarkson, D'Angelo Russell, and Julius Randle will be tasked with turning around last season's second worst team.

Los Angeles' defense was atrocious last season, ranking fourth worst in the league. Even with a new system, the personnel isn't quite there to lock down a high-octane offense like Houston's. 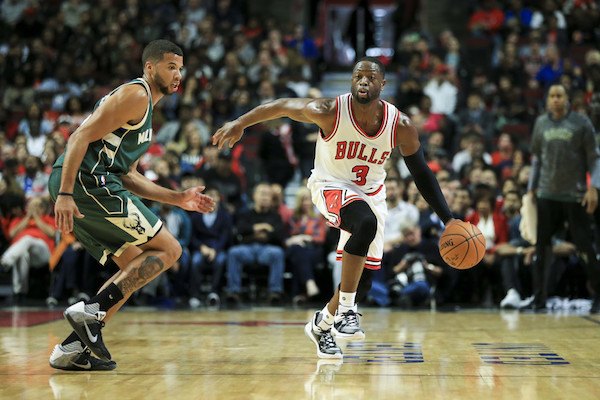 Things couldn't have gone worse for the Bulls in 2016 as they missed the playoffs for the first time since 2008. Chicago blew up that team and did away with two of the franchise's poster boys, Rose and Noah. The Bulls added big name guards Dwyane Wade and Rajon Rondo, who both are hitting the twilights of their NBA careers.

But make no mistake about it, this is guard Jimmy Butler's team. Beyond averaging 20 points a game last year, Butler is an elite perimeter defender.

The Celtics made a splash in the summer by signing Al Horford. The big man's presence down low will open up space for the rest of Boston's offense, which is spearheaded by speedy Isiah Thomas. With Horford in the mix, there's reason to believe the Celtics are the best threat at stopping the Cavs from a third-straight Eastern Conference crown.

However, in a home opener, expect Wade to ball out in his Chicago homecoming against a Boston team that will take time to gel.