Will Preds Cook Ducks At Home?

Nothing it seems, can halt the Nashville Predators in their quest to reach the Stanley Cup final for the first time. They went to Anaheim minus two key centers - scoring leader Ryan Johansen and top checker and team captain Mike Fisher - and still whipped the Ducks 3-1. Are you going to bet against Nashville on home ice in Game 6? We look at the odds supplied by Bovada.lv to make our call. 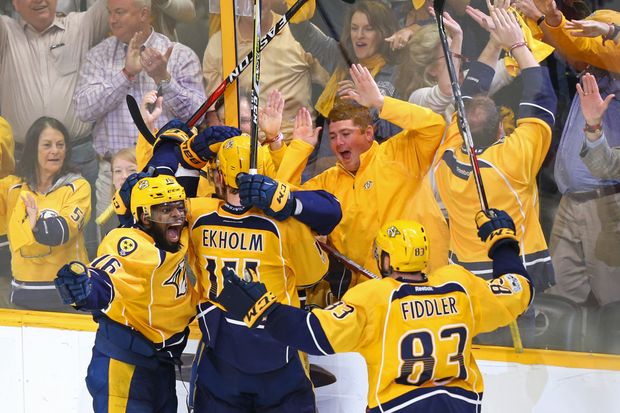 While the Predators played Game 5 minus Fisher and Johansen, the Ducks were without forward Rickard Rakell, third on the team in goals (seven) and points (13). He was a late scratch with an upper-body injury. The Ducks also lost goalie John Gibson to a lower-body injury during the game. The Ducks listed both players as day to day and wouldn't rule either out for Game 6, indicating that injured forward Patrick Eaves, who has missed the entire series, could be available as well.

Nashville has not lost consecutive games since the regular season, when they fell to the Blues and Islanders on April 2 and April 4, respectively. Predators forward Filip Forsberg collected an assist to extend his point streak to six games (4-2-6). Forsberg has 7-6-13 numbers in the playoffs, tied for the most points in a single postseason in franchise history.

Colin Wilson opened the scoring for Nashville with his 13th career playoff game, and Pontus Aberg netted the winner, his first career tally in the NHL postseason. Aberg is the 10th different Predator to pot a game winner in Nashville's 11 playoff victories. Frederick Gaudreau, skating in his first playoff game, won 10 of 14 faceoffs for the Preds.

Nashville goalie Pekka Rinne made 32 saves to improve to 11-4 in the playoffs with a 1.62 goals-against average, a .942 save percentage and two shutouts. Rinne owns an 8-0 record when allowing fewer than two goals in game during the playoffs.

This series has given us one odd stat to ponder - the team that scores first is now 1-4. 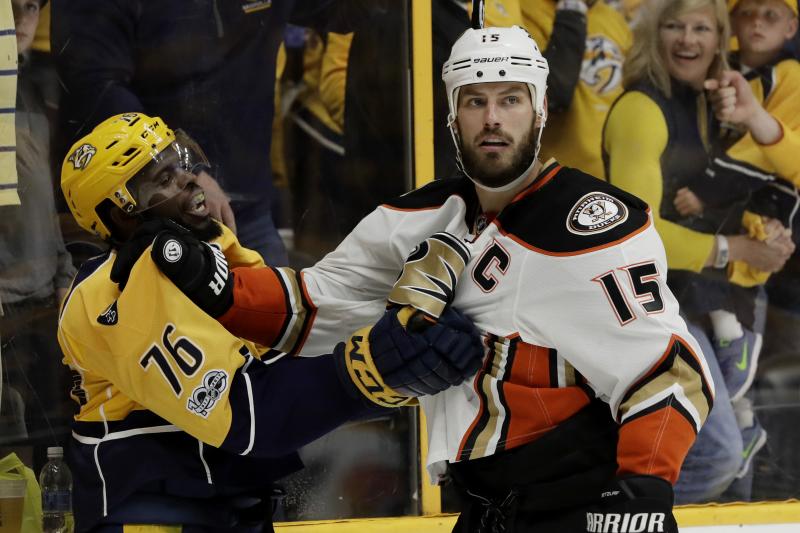 It just might be the best bet in all of the Stanley Cup playoffs. We're talking about taking the underdog in the puckline, in this case the Ducks at +1.5 and minus-250. If the Ducks win Game 6 outright or simply lose by less than two goals, you cash a winning wager.

Of the 10 games contested thus far in the conference finals, 60 percent have been decided by one goal, with another two contests decided by two goals following an empty-net score.