Above odds updated on May 16th.

Just last year, Justify gave thoroughbred racing a Triple Crown winner, following closely on the heels of American Pharoah’s Triple Crown triumph in 2015. Of the 13 horses that have won the Triple Crown, it’s only ever been achieved in successive years on one occasion, by Seattle Slew (1977) and Affirmed (1978). 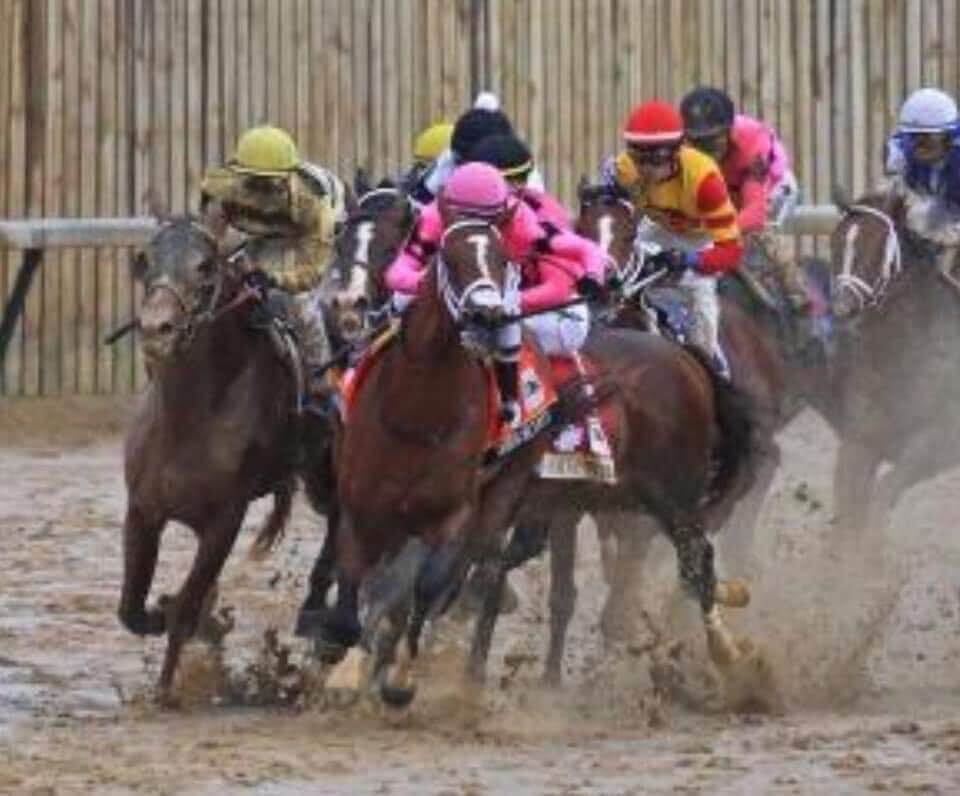 Kentucky Derby winner Country House came down with an illness shortly after the horse won the Derby when Maximum Security was taken down for interference on War Of Will. While not considered a serious ailment, the horse has been coughing and appears to have an issue with his throat. Trainer Bill Mott removed the horse from its regular training regimen, eliminating any hope that Country House might be seen on the track at Pimlico and in the Preakness Stakes 2019 odds.

Grindstone, in 1996, was the last Derby winner to miss the Preakness. The horse was forced to retire after his Derby victory when bone chips were discovered in his ankle. But it’s not just 65-1 longshot winner Country House who is passing on the Preakness. All three horses who hit the board at Churchill Downs are skipping the second leg of the Triple Crown.

Trainer Shug McGaughey didn’t enter Derby runner up Code of Honor in the Preakness. Mott also opted not to bring his third-place finisher Tacitus to Baltimore for the race. Maximum Security also isn’t running in the Preakness. It’s the first time since 1951 that the top three Derby finishers won’t factor in the Preakness Stakes Odds. 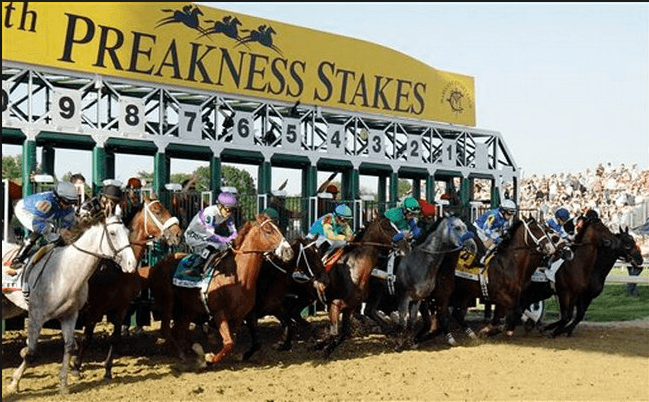 Let’s look at some of the leading contenders in the 11-horse field, based on odds provided by Bovada:

Improbable (+175) – Sent off as the Derby favorite, the Bob Baffert trainee got caught up in traffic and ended up fourth. Improbable is 3-2-0 in six career starts for earnings of $769,520, making him the richest horse in the race. Jockey Mike Smith will be up. He won the Preakness last year aboard Justify en route to their Triple Crown success story.

War Of Will (+275) – What would the outcome of the Derby have been if Maximum Security didn’t cut across the path of War Of Will? Would Maximum Security have secured the win? Was War Of Will about to make a move to the front? The horse seemed to be running under wraps in the Deby until he was interfered with by Maximum Security. Jockey Tyler Gaffalione is one of the rising stars in the sport.

Alwaysmining (+650) – The hometown hero, this Maryland-bred horse is 7-1-0 in 12 starts and comes into the Preakness rolling on a six-win race streak at Laurel Park. The talented colt’s last five wins were all in stakes races, but the Preakness will be his first test among the highest class of graded thoroughbreds. 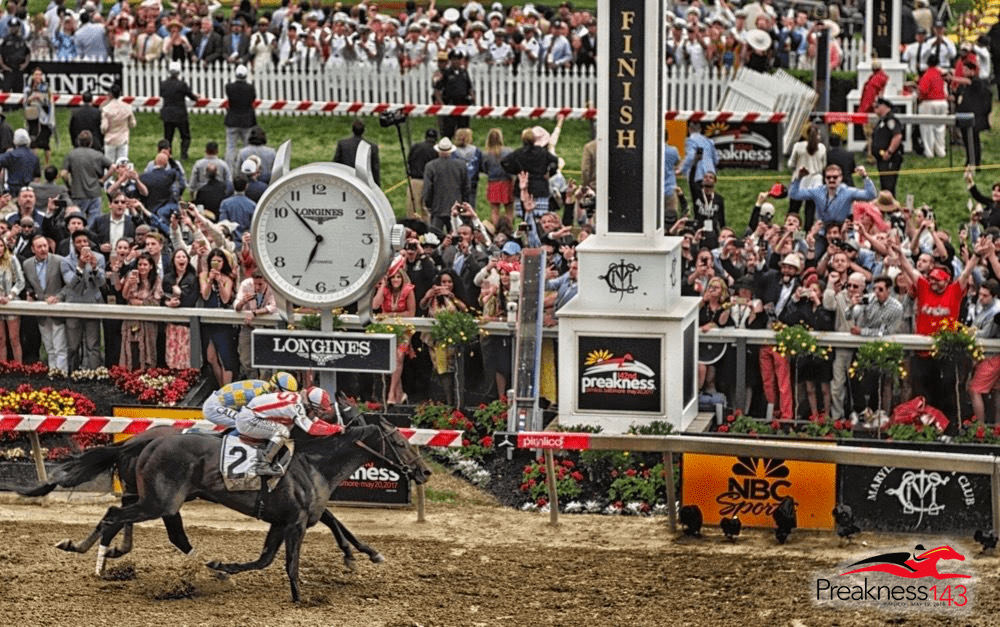 While they won’t be favorites, this horses are worth consideration and at the very least, worthy of inclusion in any exotic wagers in your Preakness Stakes Odds:

Bourbon War (+700) – A speed merchant and big closer, he finished second to Derby runner-up Code Of Honor in the Fountain Of Youth Stakes. Bourbon War was fourth the Florida Derby. If track conditions are good and the pace is fast, he’ll have a chance.

Owendale (+800) – Like Bourbon War, Owendale is a late closer who could make a big move at the end if the track is fast. He’s hit the board in five of eight starts and beat Anothertwistafate in the Lexington Stakes. But Owendale didn’t accumulate enough points to be Kentucky Derby eligible. 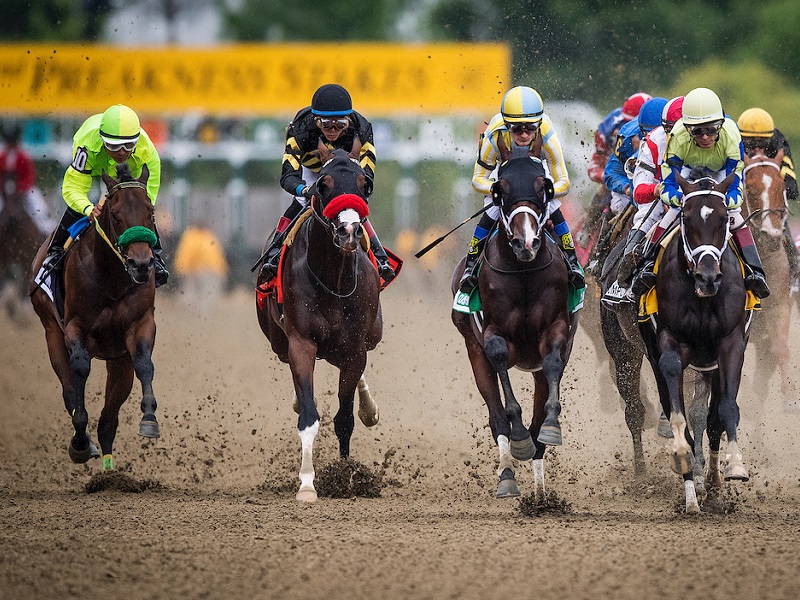 Amidst a wide-open field, these horses are capable of tilting the Preakness Stakes Betting Odds form charts:

Anothertwistafate (+1000) – He’s won three of six starts, including a victory in the El Camino Real Derby. Anothertwistafate was second after a tough trip in the Lexington and came up a neck short in the Sunland Derby. He’s shown a proven ability to rate off the other horses and finish strongly. The colt can’t be discounted as a potential winner and is a definite candidate to hit the board.

Win Win Win (+1000) – In a field filled with late runners, Win Win Win is yet another horse capable of winning the Preakness from off the pace. He has three wins in seven starts. Win Win Win was second in the Bluegrass Stakes but a disappointing ninth in the Kentucky Derby.

Signalman (+1200) – Lightly raced, the Preakness will be his third start of the year. He’s 2-2-2 in seven career starts and likes to make a late move. The number of closers could turn this into a speed race and make him an intriguing option that should offer a price.